Negotiating From Strength: Making the Most of the New ASA Bid Proposal and Addendum 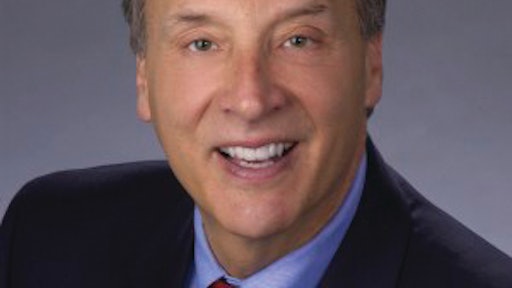 Trade contractors generally do not give sufficient effort to insure that the contract language they agree to in subcontracts is fair and reasonable. To the contrary, many subcontractors throughout the country, when asked if they try to negotiate fair contract terms with general contractors, will respond, "If I don't sign their contract as it stands, my competition down the road will." In other words, subcontractors often believe that they are powerless to negotiate any favorable terms with general contractors. This article is intended to dispel that notion with two very effective tools: ASA's revised bid proposal form and addendum.

The bid proposal form was revised in early 2011 and is an excellent negotiating tool for a variety of reasons. First, it establishes a defense to contract formation where the parties have not worked out mutually acceptable terms and conditions. A contract may be formed when, in response to an RFP, a subcontractor submits a proposal that merely has indicated scope of work, exclusions and price, but no terms and conditions. Once the general contractor accepts a bid, a binding contract is created, and the sub can be pressured into signing a boilerplate contract with very one-sided terms. However, if you use the ASA bid proposal form you will have "conditioned" your bid on the terms therein. A contract will not be formed unless and until the parties agree to specific contract language.

One extremely significant benefit in using the bid form is that it bases (conditions) your bid on use of the Consensus Docs 750 (2011 ed.) subcontract form. Consensus Docs 750 is a form subcontract that allocates financial and legal liability fairly amongst the parties to a construction project. Moreover, per the language in the Bid Proposal, should the general contractor direct or permit the subcontractor to begin work before a written subcontract is executed, the general contractor will have "accepted" all the terms of the bid proposal by its conduct, including use of the 750. Thus, by using the ASA bid proposal, the parties may form a binding subcontract through their conduct that is favorable to the subcontractor.

If it does nothing else, the bid form establishes a legal basis for negotiating terms and providing some leverage to the subcontractor. For example, on some occasions the general contractor will permit the subcontractor to begin work, present its own boilerplate subcontract and expect the subcontractor to sign it, no questions asked. ASA recommends that, given the above circumstances, if the ASA bid proposal is used, you should deliver back a 750 form per the bid proposal. Because you have a signed bid proposal, or, alternatively, started work on the project at the general contractor's direction, this will provide leverage to negotiate more favorable terms and conditions. Never assume that you won't be successful in achieving any changes to a boilerplate subcontract. Remember: trade contractors build construction projects, not general contractors. If your reputation is strong and your price is competitive, you stand a good chance of obtaining at least some revisions. If you work pursuant to the ASA bid proposal, many favorable terms and conditions are found therein.

From a practical perspective, the way to use the bid proposal form is to simply attach it to your bids. By taking this simple step, you qualify or "condition" your bid on the Consensus Docs 750 and the stated terms and conditions. Should the general contractor "accept" your price but reject your terms and propose his own, he or she will have made a "counter offer." Then the fun begins: you are now in position to negotiate fair and equitable terms and conditions.

ASA has both a short form addendum for limited scope projects as well as a full addendum. They both do exactly the same thing: modify the terms of a general contractor's boilerplate subcontract form so that it is modified to be more fair and reasonable by inserting favorable contract language into the relationship. Both addendums provide that the terms therein take precedence (or control) over conflicting terms in the general contractor's boilerplate language. This aspect is essential since it is certain that language in the ASA Addendum will conflict with some of the most one-sided, unfair terms found in almost all general contractor boilerplate language. Finally, both the short form and full addendum eliminate some of the same unfair terms, including broad form indemnification, listing of additional insureds, waiver of subrogation, no damages for delay, and pay-if-paid. Combined, the elimination of these terms will help to "level the playing field."

The best way to use the ASA Addendum is to sign and forward it under a cover letter to the general contractor, stating that the attachment includes proposed revisions to their subcontract. Request that they review the terms and contact you to discuss. Be aware that the Addendum does not incorporate your bid proposal by reference. As a consequence, your scope of work must be included on the front of the form or as an attachment.

The art of negotiation begins with staking out a position, regardless of what the parties are negotiating about - whether cars, homes, or terms and conditions for a construction project. To be successful, you must follow these steps:

1. Read the subcontract carefully and understand the impact of key provisions.

2. Prioritize the provisions most important to you.

3. Discuss proposed revisions from a position of knowledge and strength.

4. Analyze the changes/revisions the general contractor agreed to as well as those rejected.

5. Do a cost-benefit analysis.

In the final analysis, a successful trade contractor will try to use the ASA bid form and addendums in an educated effort to obtain and complete successful, profitable projects. Remember: you need profitable work, not just "work." Use these ASA tools as a means of becoming as professional in your business management as you are in the actual work you perform. If you do, your company will stand out from your competitors and profits will increase.

Michael P. Davis is a shareholder in the Atlanta office of Chamberlain, Hrdlicka, White, Williams & Aughtry. His construction law practice is centered on representing a wide range of trade contractors, prime contractors, owners/developers and design professionals. His work focuses primarily on construction contract disputes in state or federal courts, as well as arbitrations and mediations throughout the United States.