Properly track your work, understand vehicle depreciation expense and know whether to use the cash or accrual accounting method will all help in avoiding tax mistakes 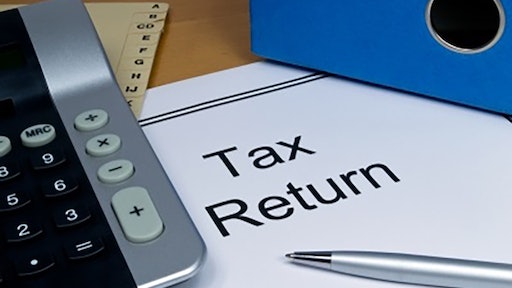 Make sure to properly track your work in progress. If all your costs – both direct and indirect – are not included in cost of goods sold, then the company’s balance sheet will be incorrect, and inevitably lead to an inaccurate profit/loss statement.

In a previous article, we looked at some of the tax deductions and credits that are often available to contractors, but commonly overlooked — items like expedited depreciation of new equipment, credits on fuel taxes, deductions on domestic production and the ever-important worker classification rules.

Now let’s examine some of the lesser-known tricks and traps that are worth considering as part of your ongoing financial and tax planning.

1. Choosing the cash vs. accrual method of accounting

Although both cash and accrual accounting methods are available, some contractors may be unaware of the rules that apply when a construction company chooses to be on a cash basis.

Many contractors start off on a cash basis because the method is relatively straightforward. But as your company grows, it is important to have these rules on your radar as part of your normal tax planning activities. Ignoring them could result in significant penalties if it ever were to come to the attention of the Internal Revenue Service.

For those contractors who may have started off using the accrual method of accounting but wish to change over to a cash basis, it is important to know that there are rules governing this type of conversion that need to be followed as well.

As discussed above, first make sure that the average revenue of the three prior years is under the respective amounts for the operating entity you’ve chosen — corporation or S-corporation. Once this rule is met and the company qualifies for conversion, you will need to complete a calculation known as a “481a adjustment.” This calculation is designed to reveal a gain or a loss for the conversion and must be input to your tax return in the year of conversion.

But with vehicles to be used on jobsites, the depreciation rules enforced by the IRS are a bit different. Sport utility vehicles, pickup trucks and cars come with certain limitations on the amount that can be depreciated. In fact, these limitations apply to any four-wheeled vehicle that has a GVW (gross vehicle weight) rating of 6,000 pounds or less, and is manufactured primarily for use on public streets and highways.

In some cases, the limitations on these vehicles can bring the depreciation deduction to less than $3,500 in the year of purchase — a nasty surprise to anyone who was expecting a much faster write-off.

And it would be an even bigger mistake to think that these types of vehicles would qualify for the Section 179 provision, (discussed in my previous article) which allows for an immediate tax depreciation deduction of the entire cost of equipment and machinery in the year it is placed into service.

Also worth noting is that this type of vehicle in some instances could take longer than the normal five to seven years to depreciate fully. This could cause problems when trying to embark on year-end tax planning that covers multiple years.

4. Properly tracking your work in process

This not-so-common mistake is less about taxes and more about financial reporting. But it is certainly a mistake worth discussing, especially for companies that — for reasons such as securing bonding or a loan — need to ensure that all job costs are being accounted for properly.

Simply stated, the work in process schedule shows all the ongoing jobs and their costs at a specific point in time. The internal statements of some companies are set up to capture the direct costs of materials, direct labor and subcontractors. But some companies fail to include expenses such as insurance, payroll taxes, equipment rental costs and other “indirect” costs of their jobs.

If all your costs — both direct and indirect — are not included in cost of goods sold, then the company’s balance sheet will be incorrect, and inevitably lead to an inaccurate profit/loss statement. These two financial documents (along with your cash flow statement) are what lenders and bonding services rely on to determine the financial health of your company.

And so, if you are not correctly tracking your job costs now, it could very well cost you in far more significant ways at some point down the road.

Vincenzo Botta is a partner in the Boston-area CPA and business advisory firm Rucci, Bardaro & Falzone, PC. Through the firm’s Construction Business Services Group, he offers tax planning advice and financial statement services to the owners and managers of contracting firms of all sizes. Mr. Botta can be reached at 781-321-6065 or vincenzob@rbfpc.com.