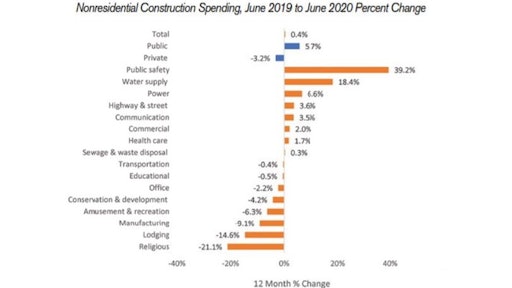 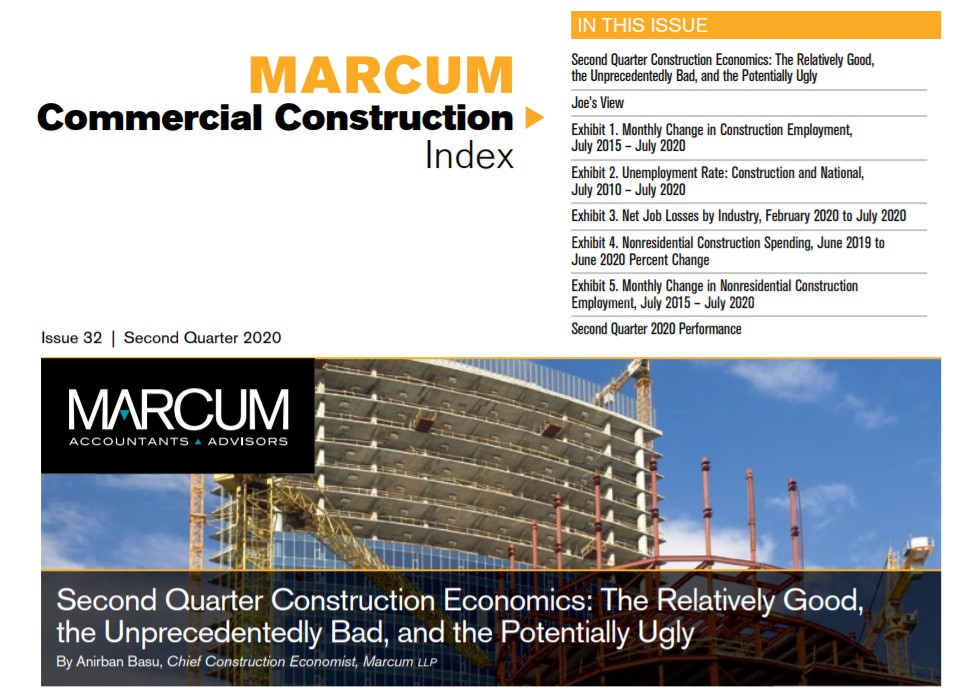 for the second quarter of 2020 reports that the industry is holding relatively well in the face of the COVID-19-driven recession. Construction employment has rebounded since plummeting in March and April, and the industry’s unemployment rate stands at 8.9%, below the 10.2% rate observed across all industries.

The index is produced by Marcum’s National Construction Services group.

“The data indicate that construction has recovered faster than any other major economic segment. Over the three-month period ending in July, the industry recovered 59% of the jobs lost in March and April,” wrote Anirban Basu, author of the report and Marcum’s chief construction economist.

Basu credits public sector strength and the backlogs contractors had at the onset of the recession for construction’s relative stability, but warns that there may be trouble in the coming months. “Due to the sudden supply shock to the U.S. economy and massive dislocations sustained during the second quarter, many contractors report both project postponements and cancellations in unusual numbers.”

Construction input prices have not been subject to inflation thus far. “That’s good news since contractors have enough to deal with,” Basu wrote. “More contractors expect sales and profit margins to decline over the next six months, according to ABC survey data, than expect otherwise. Surging materials prices would only add to firm-level pressures.”

Basu predicts that some segments will fare significantly better than others throughout the coming economic recovery. “While the office, lodging, and retail construction markets have been negatively impacted by the pandemic over both the short and long terms, other construction segments stand to be beneficiaries. With so much economic activity shifted online, e-commerce-related segments such as fulfillment and data centers stand to be major generators of demand for construction services going forward.”

Marcum’s national construction leader, Joseph Natarelli, said, “The silver lining for the construction industry in the current economy comes down to backlog. While financing is tightening, inflation has remained low, and materials prices are steady. The increasing demand for fulfillment and data centers is welcome news for industrial contractors. And if an infrastructure bill gets approved in the near future, we can look forward to long-term growth for the construction industry.”