Next generation of tech savvy workers provide a fresh perspective on how 3D technology can be applied to efficiently complete construction projects. 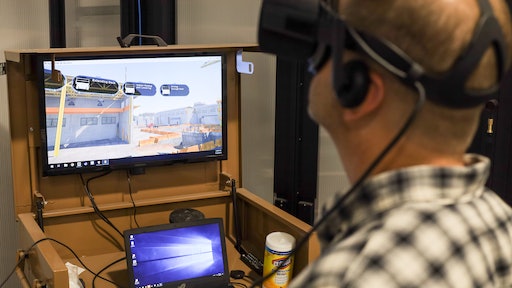 Rosendin employees are able to use virtual reality to train and the company is able to assess them on their performance before they go out into the field.
Rosendin

When you envision expanding your construction workforce, “gamers” may not naturally come to mind. But for Fred Meeske, vice president in charge of the Building Information Modeling (BIM) Technology Division at Rosendin, these and other tech savvy individuals have proven to be game changers as the company explores virtual applications.

“This younger generation leverages technology in a way that a lot of us in the construction business have not done before,” says Meeske. “They live in this virtual environment... Most of them don’t just play games, they actually build them and interact with them.”

These skills, when applied to a construction environment, have the potential to effect change. “When you’re able to bring them in and have them apply the skills they have — and augment those skills with real-world knowledge of construction... the way we build things — you get this entire new vision, this entire new way of doing things that, over the last several years, has led us in all kinds of areas that we never even knew existed,” Meeske states.

“The whole gamer thing started out very simplified,” he says, “and then, to me, it became much more complex — and much more exciting.”

Founded in 1919, Rosendin is one of the largest electrical contractors in the United States, employing nearly 7,000 workers. It has 16 offices around the country and, in addition to electrical, is active in renewable energy, as well as the commercial, institutional, transportation and other sectors. The company has been fully employee owned for just over 25 years.

Rosendin first began using 3D modeling in early 2000. “It’s important to note that both our previous CEO, Tom Sorley, and our current CEO, Mike Greenawalt, both have supported this vision of leveraging technology to benefit the construction industry,” says Meeske. “Both of those leaders have fully supported the BIM Technology Division.”

What started as a team of one (Meeske), today encompasses 250+ modelers, coordinators and technology developers who are responsible for developing and leveraging technology to help facilitate field construction. 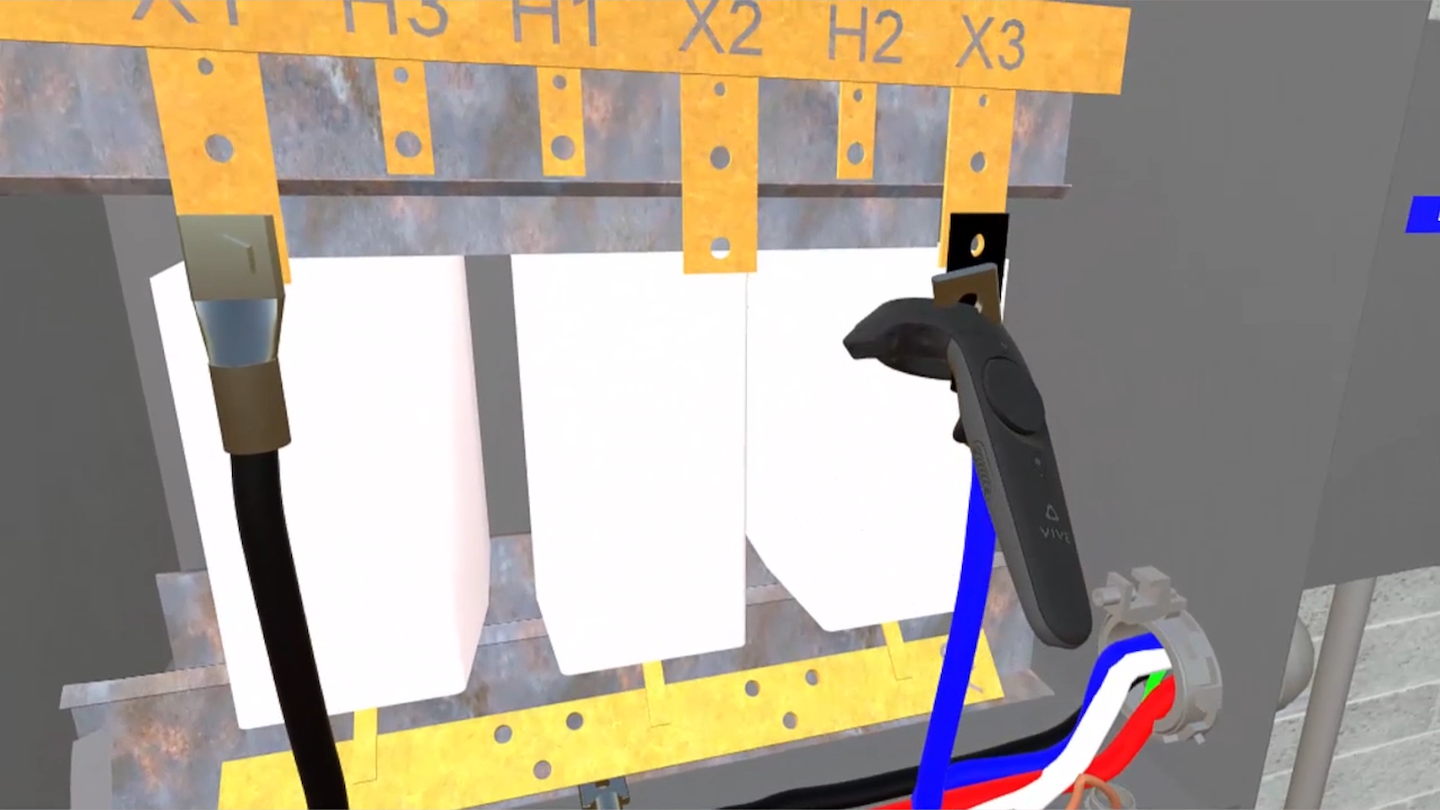 Virtual reality developed by Rosendin's BIM division shows the user the steps to wiring up a transformer.RosendinMeeske was initially skeptical about opportunities for virtual reality (VR) in Rosendin’s operations. But after reevaluating the technology, he recognized greater potential. “As I started to revisit it, I began to realize just how many different things we could actually do with VR,” he says.

He talked with his team and discovered a lead modeler, Jose Samaniego, had a degree in gaming technology. “After having a discussion with Jose during an annual employee review, I learned more about his background, dreams and vision to improve field communications by bringing the BIM model to the field in a more direct way,” says Meeske.

Meeske decided to refocus Samaniego’s energies. After some brainstorming, they came up with a concept that would allow VR-based training and assessments. “I gave him a transformer and told him how it worked. He programmed it into VR and people could actually interact with this transformer [virtually]. We could train them how to wire the transformer, start it up and energize it. We could assess them on it,” says Meeske. “That was something that was super exciting.” 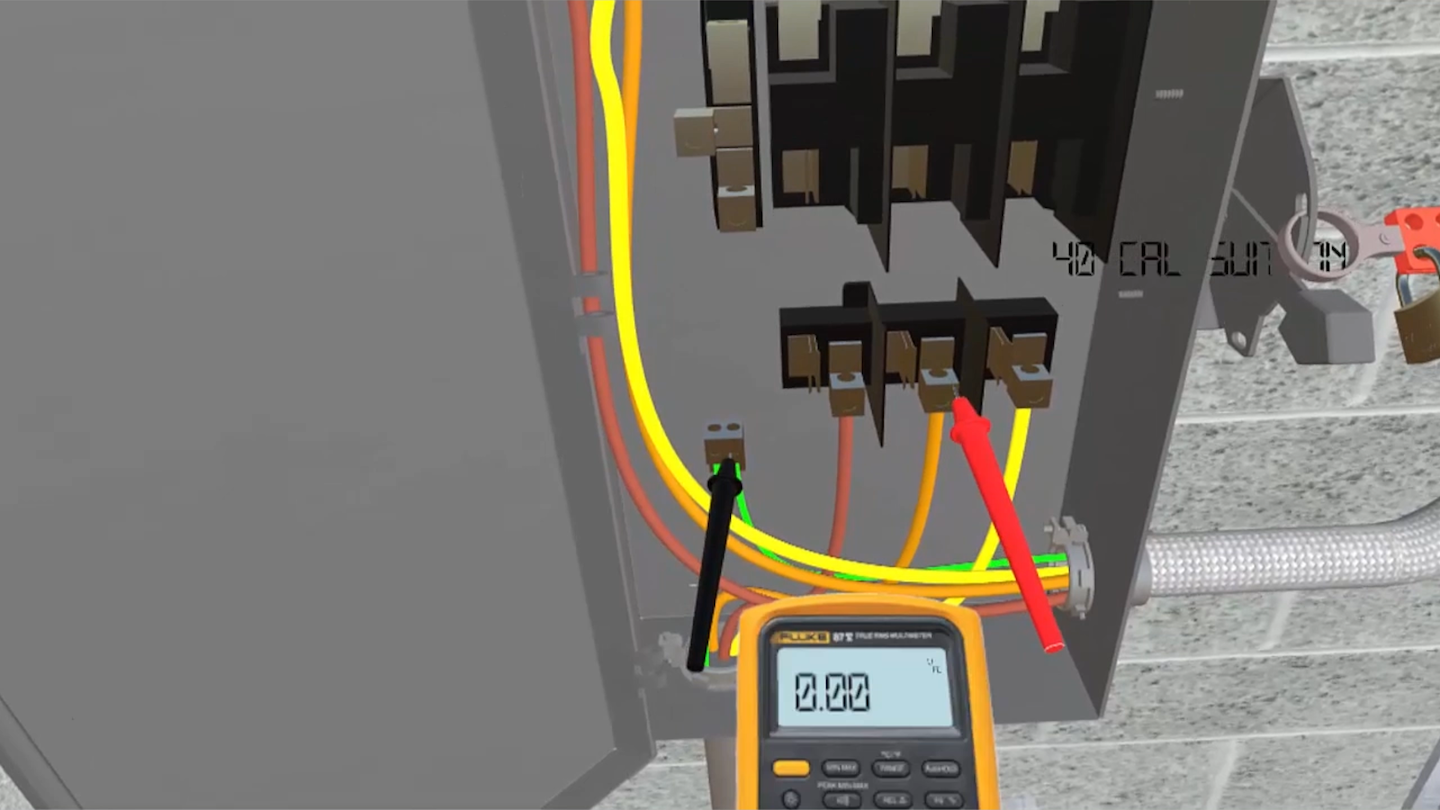 Virtual reality developed by Rosendin's BIM division shows the user how to test voltage on a locked out panel before proceeding with work.RosendinSamaniego also began exploring augmented reality (AR) applications to enable users to view BIM models in the field. “In time, he was able to make these ideas into a reality,” says Meeske, “and they have been helping us change and improve communication with our field teams to better show what the true design intent or end product should be like.”

Because he came at the projects from the viewpoint of a gamer, Samaniego was able to develop logical solutions to meet specific objectives. “By thinking of his team as assets and resources that needed to be allocated to accomplish a goal, he was able to improve the efficiency in which a project was completed,” says Meeske.

The concept of hiring employees with gaming experience has proven a logical fit in the BIM environment. “Gamers have a natural affinity to see and think in 3D space, so what better environment than the construction space?” Meeske asks. “After all, this is really what they are passionate about anyway — building environments in a virtual world.

“Even outside of the 3D aspect, there are many things that gamers do with their expertise that can be translated into several job positions without much training or change in the way that they already think,” he adds.

The BIM division at Rosendin currently has a handful of individuals with a gaming background, but Meeske expects their numbers to grow in the near future. “What we’re finding is that as we’re able to... bring them in and start to provide some training for them in terms of the construction side of things... there really is a lot to offer in terms of VR and AR for how construction is built,” Meeske notes. “You can see that in many different ways.”

Gamers are also able to apply AR and VR gaming technology to create construction solutions. “Once our gaming/programmers have been able to understand construction processes, they are able to identify automation opportunities and create dedicated software to address those needs,” says Meeske.

Augmented reality applications developed by gamers enable users to view BIM models in the field.RosendinFor example, 3D modeling, and VR in particular, enable field personnel — those responsible for actually building the projects — to access virtual models on site to visualize projects. “We can give them an environment where they can see... what it’s going to look like and they may decide to make changes or recommend to engineering to modify a current design... to be more efficient,” Meeske explains.

Data scientists and analysts have also been introduced into the BIM division. These individuals use artificial intelligence and data analysis to provide objective, numbers-based understanding of VR/AR applications and others, including the resulting performance.

“Combining these teams of employees in the same space provides technical capabilities that clearly set us apart from our competition and the industry as a whole,” he adds. “The byproduct of this process [is a] competitive advantage for Rosendin and best-in-class products and services for our customers.”

Ultimately, gamers have brought a fresh perspective on the 3D space as well as how Rosendin’s projects should be led.

“Combining ‘nontraditional’ with ‘traditional’ workers can bring in a new set of eyes, thoughts and ideas to create solutions to both new and existing issues,” says Meeske. “This happens because these workers have not had the industry experience or bias to do things a certain way.”

He equates it to a child questioning why things work a certain way. “This questioning and [lack of] understanding of industry accustomed processes gives them the perspective of an outsider looking in,” Meeske states. “[It] lets them look beyond the box — or the ways we’ve always done it — exposing things that are usually being looked at with a blind eye.

“It allows for a totally new approach,” he adds, “to the challenges the industry faces for improving schedules, installations, quality, cost and especially safety.”

Rosendin’s BIM division continues to explore the potential that VR and AR have to offer. “We’re just discovering all of the possibilities and the benefits,” says Meeske. And as they explore, he expects further confluence of traditional and non-traditional.

“If you go to school and get your degree in gaming or in a similar or related field, it doesn’t have a real connection to the construction industry. And the construction industry has a more antiquated way of looking at things, at least in the past. It is changing. It is evolving,” Meeske acknowledges. “But by bringing these individuals together, and allowing them to explore and to challenge each other, this is where the magic happens.

“The magic is just beginning, where we are now, and that’s what’s so exciting to me,” he continues, “just in seeing what can be.”

VR, AR and MR Will Be The Most Disruptive Technologies of the Next Decade