Balfour Beatty, with Sunbelt and Invisible Systems, has developed technology to manage the power supply of construction sites and reduce carbon emissions on its sites by up to 80%. 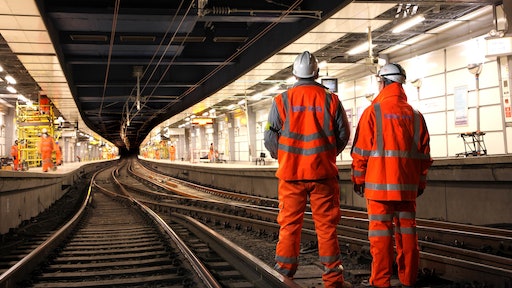 Workers at a job site at the Thameslink in London.
Balfour Beatty

Balfour Beatty, in collaboration with Sunbelt and Invisible Systems, has developed IoT (Internet of Things) technology to manage the power supply of job sites and reduce carbon emissions across its construction sites by up to 80%.

The system, known as EcoNet, works by controlling and reducing the energy output from key appliances in kitchens, drying rooms, office spaces and more.

EcoNet is configured to autonomously manage power demand by automatically turning appliances and equipment off when not in active use. This helps to regulate power consumption during times when demand is highest, such as when sites are fully occupied, equipment is being operated and appliances, such as drying rooms and heaters, are in use.

Within the first six months of use, EcoNet resulted in an 83% reduction in carbon emissions across the site by running on a grid supply, actively managing electric vehicle charging and optimizing the heating, hot water and external lighting running schedules. Balfour Beatty plans to roll the system out across 50 live sites by summer 2021 and has committed to installing EcoNet on any new site in the UK with more than six facility cabins. Once fully embedded, it is expected that Balfour Beatty will save a minimum of 2,200 ton of carbon dioxide emissions per year, with individual sites reducing their carbon emissions between 30% to 80% of their normal levels.

“The construction and infrastructure industry traditionally use a significant amount of energy to deliver large-scale projects shaping the communities in which we live," says Kari Sprostranova, Balfour Beatty’s sustainability director. "To counteract this, it is our responsibility to modernize the approach to energy consumption and help to reduce carbon emissions from our operations. With solutions such as EcoNet, we can improve our sustainability practices and the impact construction sites have on the environment.”

“We are delighted to partner with Balfour Beatty and Invisible Systems to work on this innovative way of reducing carbon emissions on construction sites," Fountain says. "Sunbelt Rentals is totally committed to continue working alongside Balfour Beatty, acting responsibly and sustainably.”

Pete Thompson, Invisible Systems' CEO, says the collaboration will serve as a benchmark throughout the industry.

“Invisible Systems are proud to have developed and delivered the solution which enables the construction industry to work towards carbon-neutrality, by leveraging the power of the Internet of Things," he says.

IoT Basics: The Fundamentals of the Internet of Things for Construction

How the Internet of Things is Impacting the Construction Industry 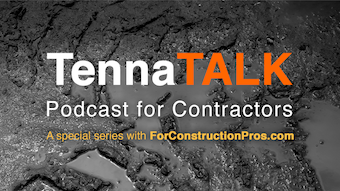