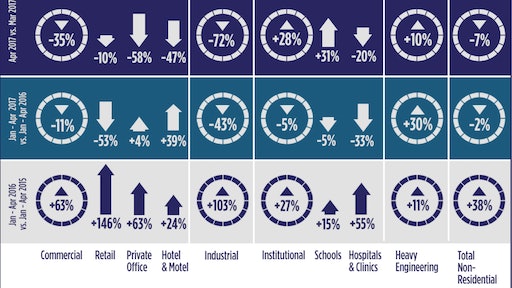 April nonresidential construction starts were -7% versus March, according to ConstructConnect. The usual seasonal pattern is for a 12% increase month to month at this time of year, as blustery winter mellows into gentler spring.
ConstructConnect

April construction starts, excluding residential activity, were -7% versus March. The usual seasonal pattern is for a 12% increase month to month at this time of year, as blustery winter mellows into gentler spring.

Nonresidential building plus engineering/civil work accounts for a considerably larger share of total construction than residential activity. The former’s combined proportion of total put-in-place construction in the Census Bureau’s March report was 57%; the latter’s was 43%.

The NSA jobless rate in construction improved from 8.4% in March to 6.3% in April, according to the latest Employment Situation Report from the Bureau of Labor Statistics (BLS). Job creation in the sector in the latest month was a tepid +5,000 after an even weaker +1,000 in March. The pace of hiring in construction has slowed dramatically from January’s +34,000 and February’s +54,000.

The year-over-year change in employment in construction is now +2.6%, which is faster than for all jobs in the economy, +1.6%. Relative to other major industrial sectors, however, construction’s +2.6% is slower than for first-place ‘professional and business services’, at +3.1%, and is only a little ahead of third-place ‘education and health’s’ +2.3%.

Work carried out by the design professions is a leading indicator for on-site construction activity and it is encouraging to note that year-over-year employment by architectural and engineering firms in April was +3.5%. Hiring by the real estate sector, which includes developers, was +3% year over year.

April’s month-to-month (m/m) drop in starts (-7.2%) was a mix of big declines in industrial (-72%) and commercial (-35.4%), but almost compensating gains in civil (+10.4%) and institutional (+27.9%). Worth noting is that industrial is a smaller-volume category than the other three and it can display extreme percentage-change volatility brought on by the presence or absence of a mega project or two. 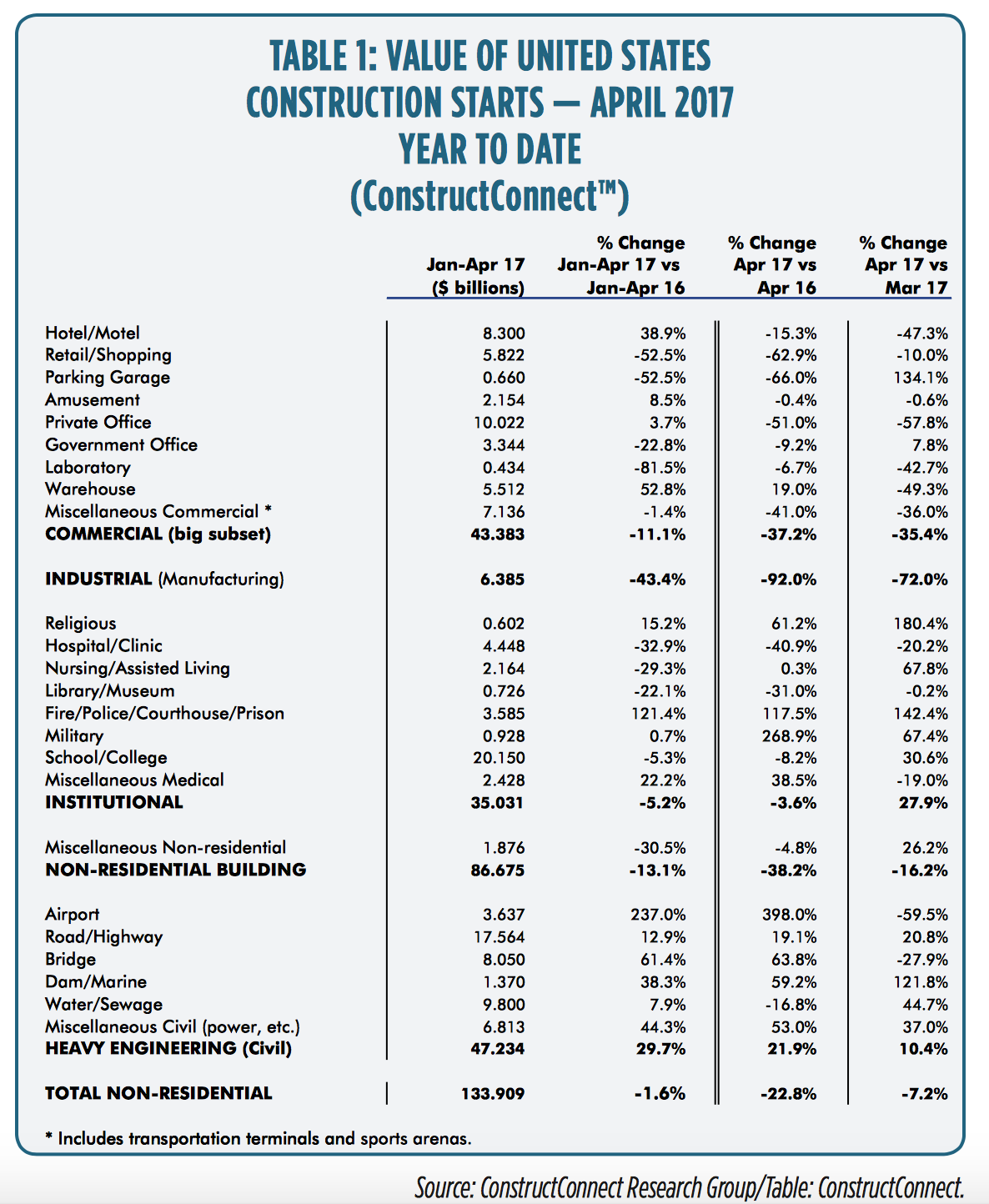 As per usual, institutional starts so far this year have been dominated by the school/ college subcategory (an outsized 58% share). Educational facility starts in the latest month were +30.6% m/m; but -8.2% y/y; and -5.3% ytd.

Private office buildings clung to top spot (with a 23% share) among commercial subcategories in April, even though they were -57.8% m/m and -51% y/y. On a year-to-date basis, they continued positive, +3.7%.

The 12-month moving average trend graphs on page four show non-residential building starts in a bit of a tailspin, being led down by retail and hospitals/clinics especially. But heavy engineering appears to be embarking on an upward path, propelled by roads/ highways, bridges and miscellaneous power (which includes oil and gas projects as well as electricity generation). 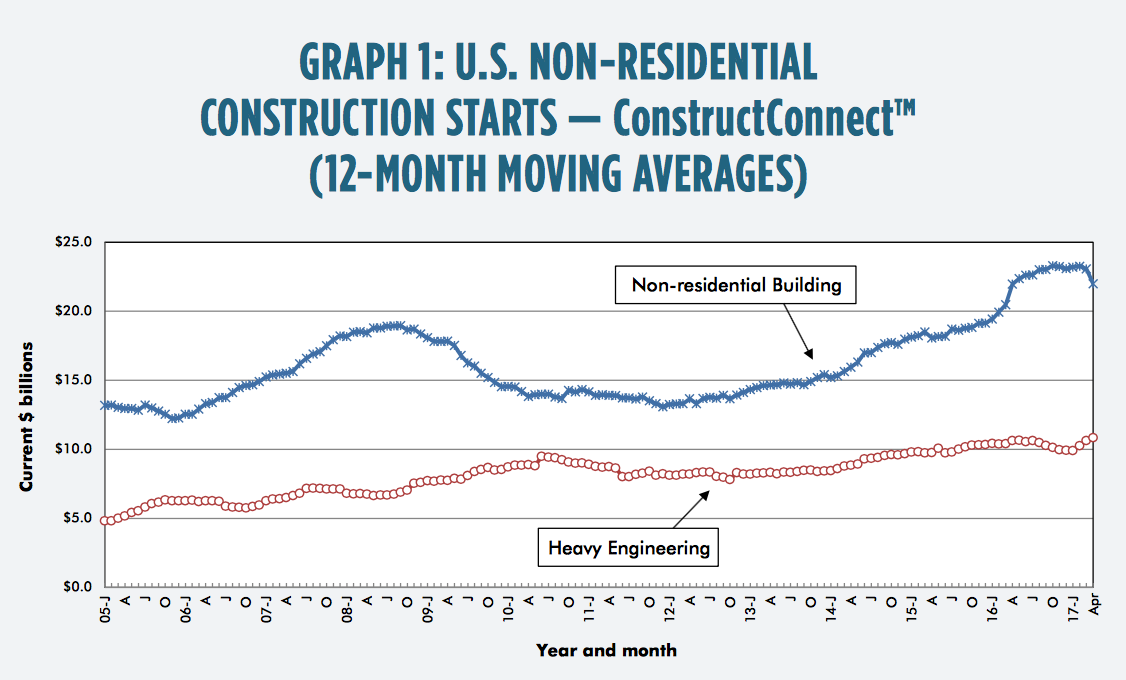 The 12-month moving average trend graphs show nonresidential building starts in a bit of a tailspin, being led down by retail and hospitals/clinics, but heavy engineering appears to be embarking on an upward path.ConstructConnect

The People, Plants and Paving Digital Conference, March 9-11, features a variety of educational sessions and a live question-and-answer portion with the instructors. Registration opens January 14.
December 10, 2020
Follow Us