Company begins a week-long celebration of its 60-year anniversary as bauma 2019 opens in Munich, Germany 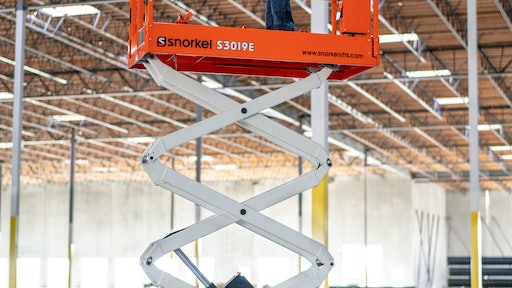 Snorkel, a global manufacturer of aerial work platforms and telehandlers, begins a week-long celebration of their 60-year anniversary as bauma 2019 opens in Munich, Germany.The company, which is celebrating ‘60 years of innovation’, is unveiling a number of new product launches in Stand FS.1002/3 in the outdoor area at the tri-annual construction equipment show, which attracts in excess of 500,000 visitors. 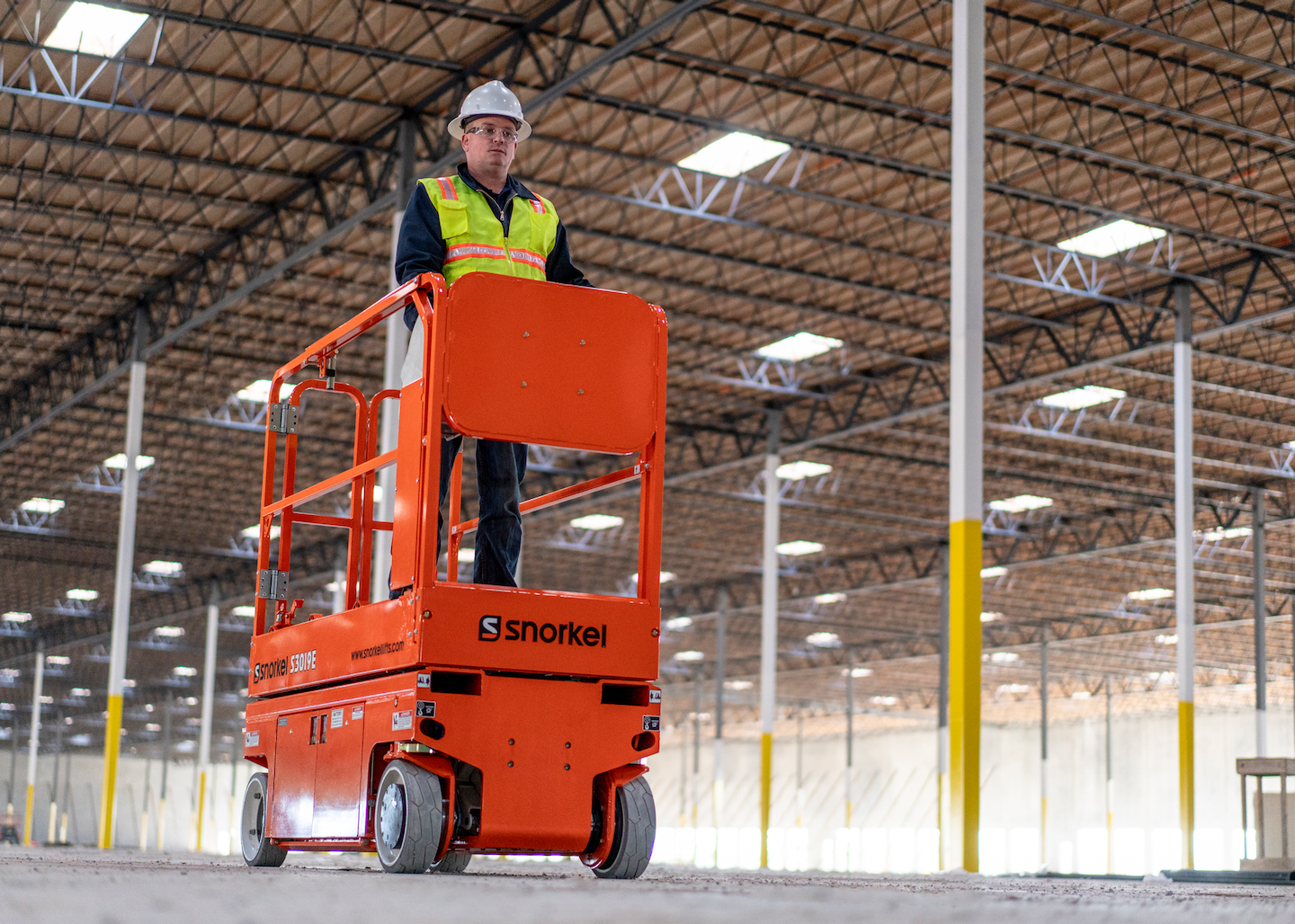 Originally shown as a concept at CONEXPO-CON/AGG 2017, the Snorkel S3019E makes its global debut as a pre-production unit at bauma, and is anticipated to be in full production by Q4 2019, with orders for CE and ANSI units being accepted at the show. This 5.79m (19 ft.) slab scissor lift features a patent-pending design for its scissor stack which stows completely inside the chassis. This enables a low step-in height, as well as a low stowed height, meaning that it does not require folding handrails to pass through doorways. Equipped with electric drive and electric steering, and capable of lifting up to 250kg (550 lbs.), the S3019E delivers long duty cycles, and shares many features with the Snorkel line of hydraulic slab scissor lifts.

Showcasing another electric-powered model, Snorkel is displaying a preview of a lithium-ion powered electric Speed Level lift. Shown as preview at bauma 2019, the company plans to gauge customer feedback at the show.

Branded the SL26E, the zero emission, lithium-ion battery powered unit will deliver optimal four-wheel drive performance and 50% gradeability, just like its diesel-powered equivalent, the SL26SL, as well as automatic self-leveling on slopes without the need for outriggers. Utilizing a 17kWh Hyperdrive lithium-ion battery pack with an integrated battery management system (BMS), the unit will deliver extended duty cycles for longer, continuous operation on the jobsite. The maintenance-free battery packs reduce running costs by up to 95% when compared to an engine, and are shown to last up to twenty times longer than lead acid batteries. They also deliver significantly less jobsite noise. The SL26E is 60% quieter than the existing SL26SL.

Fitted with a 2.5kWh single phase battery charger, the battery packs can be rapid charged to 80% capacity within just 20 minutes utilizing an off-board charger, and the onboard charger enables a full charge in approximately 6.5 hours, at a significantly lower cost than the diesel equivalent.

Targeted to the European Market For the first time, Snorkel will exhibit CE-compliant versions of their new mid-size telescopic boom lifts, the 14m (46 ft.) 460SJ and the 20.1m (66 ft.) 660SJ, which are now both available to order with European Stage V engines. Snorkel is expanding production of these units, with the 660SJ now being produced in Snorkel’s U.K. manufacturing facility, in addition to existing assembly in both U.S. facilities in Henderson, Nevada and Elwood, Kansas. The 460SJ will also be added to the UK assembly facility in the coming months.

Snorkel is also displaying CE-compliant TM12E and TM16E models, marking their official launch outside of North America. With platform heights of 3.65m (12 ft.) and 4.87m (16 ft.) respectively, the TM12E and TM16E self-propelled telescopic mast lifts feature a zero inside turning radius, and smooth and efficient electric drive for a long duty cycle. Production of the electric drive Snorkel TM12E and TM16E has expanded from its original location in Henderson, Nevada, with both models now also being assembled in Snorkel’s UK facility. The first CE-compliant S3215L will also be shown. It was introduced to the North American market in 2018, as a lightweight yet robust electric slab scissor lift, designed for use in areas with low floor loadings. Delivering a platform height of up to 4.6m (15 ft.), the unit has a lift capacity of 305kg (670 lbs.), yet weighs just 952kg (2,100 lbs.) with a floor loading at max. capacity of just 951.9kg/m2 (195 psf.). Produced in Henderson, Nevada, the S3215L is now available to order globally, and shares many features with the Snorkel electric slab scissor lift family, that will also be on display.

On Snorkel’s 790sqm (8,500 sq. ft.) stand, 28 lifts will be on display, which in addition to the new product launches, will include many popular lifts, including the recently upgraded A38E electric boom lift; S3970BE and S2755RT compact rough-terrain scissor lifts; A46JE, A46JRT and A62JRT articulated boom lifts; the UL40 push-around mast lift; and low-level lifts, including the S3010P and S3010E mini scissor lifts.

60 Years of History on Display

Founded in 1959 by Art Moore, Snorkel has roots in the firefighting industry, before entering the early AWP market with a number of innovative boom lifts, which helped to define the market as it is today. Celebrating this heritage, its stand at bauma 2019 will feature historical imagery displays and timelines, as well as being the venue for customer events daily.

As part of the 60th anniversary celebrations, Snorkel will showcase its range of material lifts with the giveaway of an ML24C construction-duty material lift at the show. The lift weighs just 162kg (358 lbs.) yet can lift loads up to 295kg (650 lbs.) at a load center of 0.36m (14 in.) to heights of up to 7.4m (24 ft. 4 in.). Visitors to the stand are invited to enter their business card into the prize draw for a chance to win the ML24C, which will be drawn at 7.00pm at the stand on Friday, April 12.