LED lighting matches the output of metal halide fixtures but will run 45 hours off your 1,000W or 2,000W suitcase-style generator in a 300-lb. package 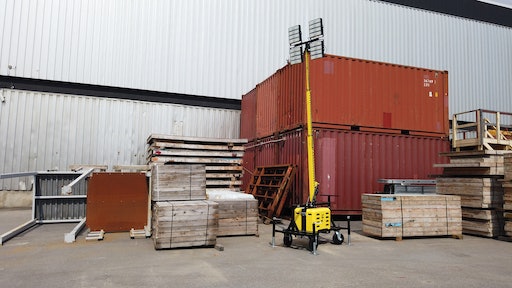 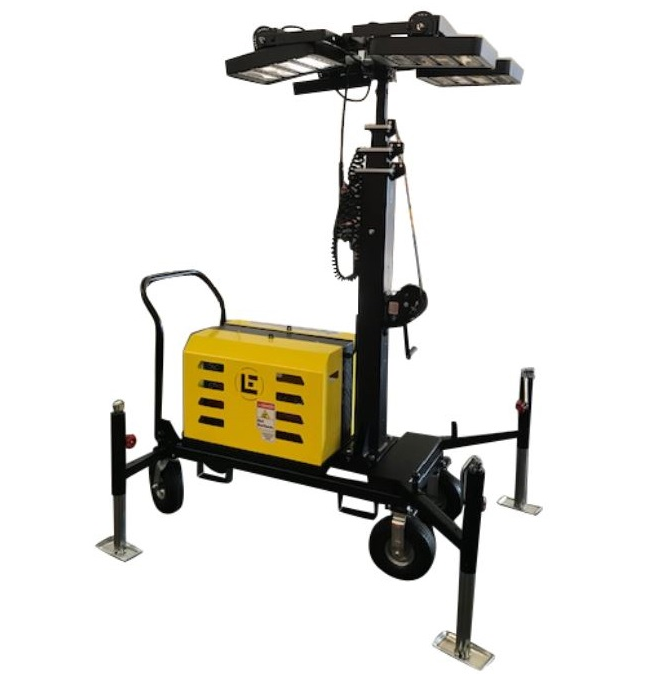 Lind Equipment's LE980LEDV-T4 light towerTower delivers as much light as a traditional light head with four 1,000W metal-halide lights, but in a completely unexpected package. The Beacon LED Tower uses direct drive high-efficiency LED lights and runs whisper-quiet on user-supplied generators or when attached to an external power source. Compact and weighing just over 300 lb., the Beacon LED Tower is truly man-portable. Two can be transported in a standard pickup-truck bed. Although Beacon towers don't come with their own power source, they can have a supplemental fuel tank built in with capacity to run the tower using a 2,000W generator for up to 45 hours between refueling. With acquisition costs at half that of traditional light towers, Lind says operating costs can be as low as $ 0.10 per hour. Both models are available with two or four light heads. 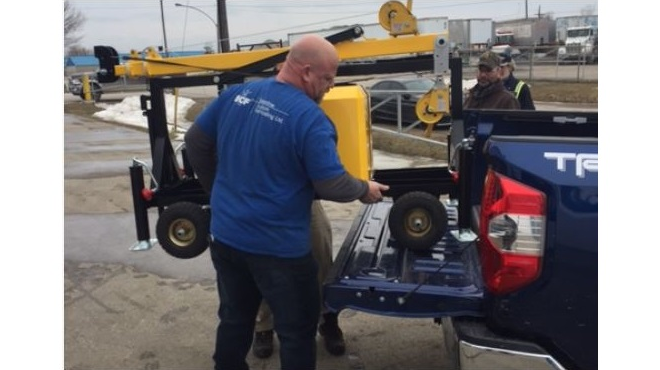 Weighing just over 300 lb., Lind says the Beacon LED Tower is truly man-portable. Two can be transported in a standard pickup-truck bed.

The Latest In Light Tower Technology

Waterproof and vapor-proof, the hand lamp is designed to prevent water and moisture from getting into the handle and head when used in wet locations.
December 13, 2019
Follow Us