Does Your Equipment Set You Apart?

How important is technology to prospective operators anyway? 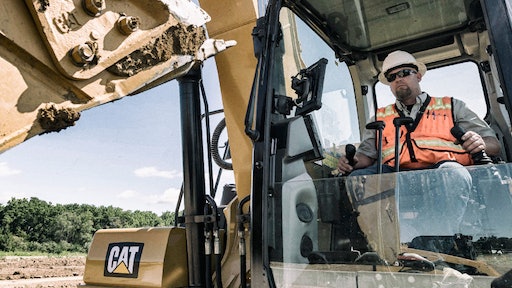 As contractors compete for skilled operators, some try to set their companies apart by investing in higher tech equipment. But how important is technology to prospective operators anyway? We asked Doyle Carter, a skilled operator from Tennessee, to run an all-new excavator from Caterpillar and tell us what he thought. Here’s his take.

“Everybody wants to get on it.”

Carter says there was a lot of excitement when a new 320 arrived on the job site. “Having something new like this on the site is just fantastic. Everybody wants to try it out and see what it does.”

When asked about his favorite feature, Carter chose Cat Grade with Assist, a standard feature on the new 320. He says it’s fast and easy to set the grade and go. “You just buzz on through it. You don’t have to have somebody checking grade all the time, so I’m sure that’s faster.”

Carter says the cab is one-of-a-kind. “The visibility. The comfort in the seat. The touchscreen. I’ve not seen anything like it yet. And you’re not all tired and worn out when you get out of it.”

“The backup camera is real handy.”

Having just spent a day working in cramped quarters, he was especially positive about the rear camera. “It’s so tight on this slope, you can’t spin around; you have to back out. So it was real helpful to have that camera.”

Carter also expressed appreciation for the integrated e-fence feature that lets him set electronic boundaries above, below and around the excavator. “You can’t encroach the line.  It’ll beep, beep, beep and stop. It’s a safety thing.”

The LED lights also caught Carter’s attention. He recalls arriving on site before sunrise and noticing the new machine already at work. “It lit the world up. You could see everything.”

How does your fleet compare?

Obviously, there’s more to attracting skilled labor than a modern fleet. But technology can be appealing to operators, so it’s a factor worth considering. Learn more about the technology on the Cat Next Generation Excavators here.

Construction is Booming: Is It Time to Invest, Time to Manage or Both?

Point of Rental shares lessons from 2020, what will continue (and change) in 2021, and about the technology available to help businesses tackle touchless processes, like renting via smart lockers.
Point of Rental Software
Mar 2nd, 2021
Latest

2020 is teaching us an important lesson: we need to be prepared for pretty much anything to happen at any time. From pandemics to natural disasters to accidents and injuries on the jobsite, there’s a lot we need to prepare for.
Jason Hurdis
Nov 16th, 2020

Every piece of equipment added to your fleet brings revenue opportunity, and here’s how to balance that with owning costs and operating expenses so it eats the least amount of profits
Lonnie Fritz
Oct 21st, 2020

With nearly 7 million construction machines equipped with built-in digital connectivity will be sold between 2018 and 2025, you’ll want to pare down the data stream to just what’s important.
Jason Hurdis
Oct 21st, 2020

This $93 billion industry is growing at 5% per year because of the effects it has on cash flow, risk, flexibility, technology and labor demands. Time to count your costs.
Jason Hurdis
Aug 17th, 2020

How much benefit do you get from a couple hours or days of training? Here’s how investing in training pays you back — right away and down the road.
Jason Hurdis
Jul 15th, 2020

Planning for a Healthy Bottom Line Before, During and After the Job

Poor planning is often the source of construction projects running overbudget or behind schedule; proper project management can help keep you on track and profitable
Caterpillar - Cat
Oct 1st, 2019

Before you become overwhelmed with bucket selection options, ask yourself these questions to determine what's the best bucket for your equipment and application needs
Caterpillar - Cat
Oct 1st, 2019

Too many workers turn to drugs and alcohol to deal with the pain of injuries, which are all too common in construction
Caterpillar - Cat
Aug 28th, 2019

17% is the average bid-winning percentage for general construction contractors. Here are six things you can do to beat the odds
Caterpillar - Cat
Aug 28th, 2019

Follow these five proactive tips and you’ll be well on your way to reducing repair costs
Caterpillar - Cat
Jul 2nd, 2019

Hot, Humid Weather is Coming. Are Your Team and Fleet Ready?

Gearing up to work long hours in the sun, it pays to invest in heat-specific safety training and plans to adapt to the hottest temperatures
Caterpillar - Cat
Jun 12th, 2019

Technical skills can be taught; the intangibles that make a great employee often cannot
Caterpillar - Cat
May 31st, 2019

Grade technology can deliver big benefits before your operators take a seat at the controls, and it’s quickly reaching the point where your bids may not be competitive without it
Caterpillar - Cat
May 13th, 2019

Trade estimates suggest 15% to 20% of trucks are loaded at incorrect weights and most on-highway loads run 5% to 8% under maximum legal gross vehicle weight
Caterpillar - Cat
May 13th, 2019

Bidding Struggles? It Might Be Time to Go Online

Everyone struggles with bidding confidence. Luckily, there are good tools online to help you find projects and target those that are a good fit for your business
Caterpillar - Cat
Apr 24th, 2019

Are These Mistakes Affecting Your Bid-Win Ratio?

Five common errors that can cause your bids to be rejected and your company to miss out on good, profitable jobs
Caterpillar - Cat
Apr 24th, 2019

To get maximum returns from your investment in grade automation, your dozer needs one very simple piece of hardware
Sam Meeker
Dec 10th, 2018

7 Things You May Not Know About Hypothermia

Temperatures don’t even have to be below freezing to get hypothermia – wind and rain can reduce body temperature below 95 degrees F
Lonnie Fritz
Nov 30th, 2018

5 Ways Skilled Operators Can Save You Money

There Is One Upside to the Skilled Operator Shortage