Know When to Walk Away 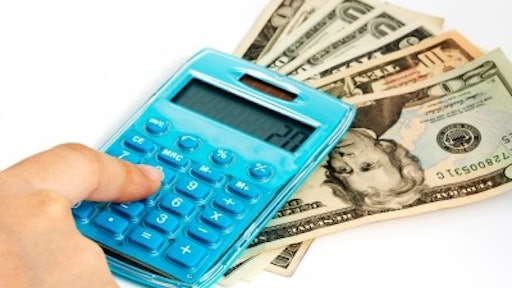 Pursuing losing projects is far too common mistake construction contractors make, and it can end up putting them out of business.

Time and time again I hear contractors speak regretfully about a job they took that they knew they shouldn't have. They tell me all the signs were there that the job could turn into a nightmare. Usually they took the risky job because they were low on work. Functionally they went all in with a pair of 9's. Almost always a bad move.

The financial damage that can be caused by one project is mind boggling. I have seen several contractors lose their businesses due to one bad project. Typically these were projects that were bid too close to the estimated direct cost. Then the estimate turned out to be grossly over-optimistic. The job turned out to be poorly managed by the client. Weather worked against everyone. The construction documents were poor. RFIs were turned slowly.

One specific example comes to mind. I joined a site services contractor back in the day to help them escape a financial hole. The hole was created by the first project they ever took on. It was a job for the city of Kansas City, Mo. When the bid was opened my employer was low by over $300,000 - out of a $2,000,000 project. The company's owner directed his estimator to review the takeoff. The estimator discovered he had made a serious error.

They could have walked away from the project by sacrificing a $60,000 bid bond. They knew they were at least $150,000 off on their estimate.

Since they were expanding into the line of work and this project was scheduled to run 18 months the owner figured even if it didn't do well it would give him an opportunity to build a field staff and start paying off some of the equipment he needed. What the owner didn't count on was
that the actual costs would be far greater than expected. They were still working on the project 30 months later. The city was killing them on the punch list. They were being held accountable for fixing items that weren't faulty construction. Retention was being held until final approval of the work.

The company ended up losing close to $500,000. Amazingly enough if it weren't for the mortgage implosion of 2008 the company might still be in business today. Of course that's how these things go. When it rains it pours. When luck turns against you sometimes it just refuses to turn around until it's left you without a shirt on your back.

Let's list the signs you should pay heed to and walk away from unless you have built in considerable margin in your price.

Here are few other reasons not to take on a risky project.

To avoid putting yourself in a position where you are tempted to take a job you should walk away from consider the following suggestions:

When expanding your services to include work your field team doesn't possess extensive experience with start small. Think pilot project. Assume your costs are going to significantly exceed your estimate. If at all possible take a project where the scope of work is comprised mostly of work your team is highly comfortable with yet includes a touch of work it has never performed before. Don't do what so many before you have done and start with a large project.
That is a recipe for disaster.

For a project whose size is well outside your comfort zone consider partnering up with a friendly competitor. Split up the work. Whichever one of you is in the best cash position should take the contract and sub the balance of the work out to the other. It can be very advantageous to develop a friendly relationship with a competitor. You can help each other smooth out the inevitable work load peaks and valleys.

If you need to price aggressively to get work make sure you are aggressive with building owners proven to be fair and choose projects that have complete and clear construction documents and realistic project schedules. If you are working through general contractors only submit prices to those who have a solid track record of fairness and competency.

Never grow too fast. And most importantly, never try to grow fast by taking on a really large project. My rule of thumb is you shouldn't take on a job that is more than half of your annual income when your schedule is already fairly full.

There is no glory in bravely taking on a project if it puts you out of business. If you decline to fight and run away you live to fight another day.