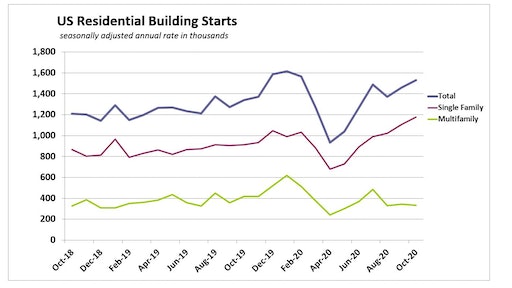 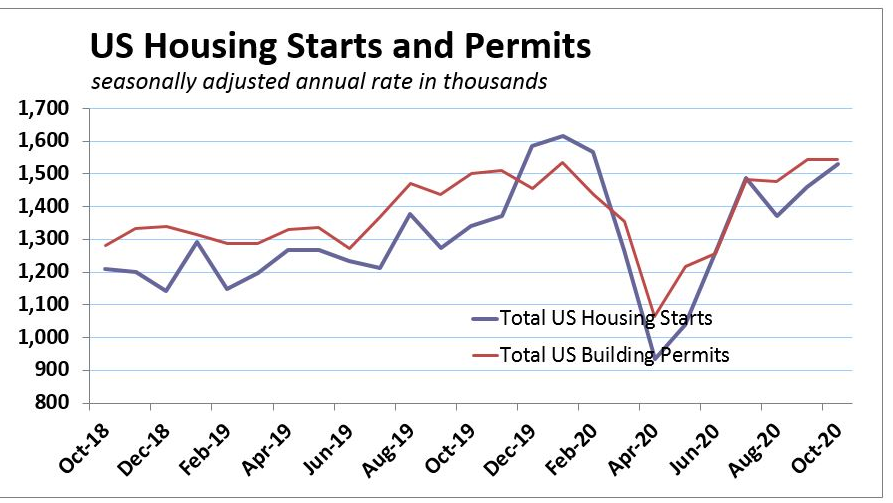 Single-family housing starts rose for the sixth consecutive month in October, jumping 6.4% to a 1.179-million-unit seasonally adjusted annual rate. It was the fastest pace of single-family starts growth since the spring of 2007. Year-to-date single-family production is 8.6% ahead of the same period in 2019, and total housing starts are 6.7% ahead of last year’s pace.

Permits issued for all types of new homes occurred at a seasonally-adjusted annual rate of 1.545 million in October, unchanged from September. 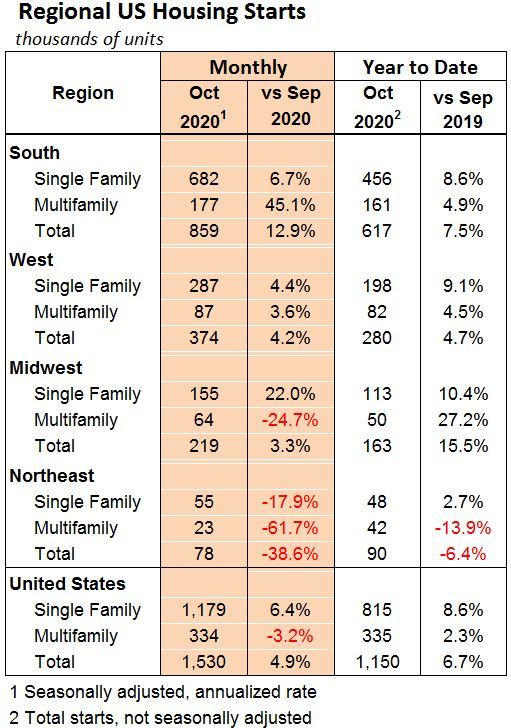 The surge in single-family starts this fall coincides with record high builder confidence, reflecting exceptionally strong sales and extraordinarily low inventories. Much of the increase is in the South and West, which are largely comprised of auto-dependent economies, and have held up better during the pandemic. The South and inland and mountain regions of the West are seeing a huge influx of residents from large metro areas on the West Coast. Data from the postal service on address changes and LinkedIn show an accelerated outflow from New York, Los Angeles, San Francisco, Seattle and Portland since the onset of the pandemic.

Phoenix, Salt Lake City, Dallas, Austin, Charlotte, Tampa, Nashville and Jacksonville have been among the fastest growing markets on the receiving end. Just over 80% of all single-family homes built over the past year have been in South or West, which means that construction can continue at a much higher pace during the winter months than in prior years.

But don’t miss a 22% October increase in single-family starts in the Midwest.

Has multifamily leveled off?

The move to suburban markets is not limited to single-family homes.

“Data on asking rents suggests there has been a clear shift in renter preferences away from urban/lifestyle apartments for suburban apartments that offer more outdoor amenities,” says Mark Vitner, senior economist with the Wells Fargo Economics Group. “The bulk of apartment construction this past decade has been urban/lifestyle apartments and rents are falling in most major markets that had seen a boom in high-rise development this past decade.”

Development is now pivoting toward the suburbs, but overall starts have still pulled back in a major way since the start of the year.

Multifamily starts, the bulk of which are apartments, have been unchanged since August at 351,000 units. Multifamily starts may level off near their current level. There is still an immense undersupply of all types of housing, particularly affordable rental housing. 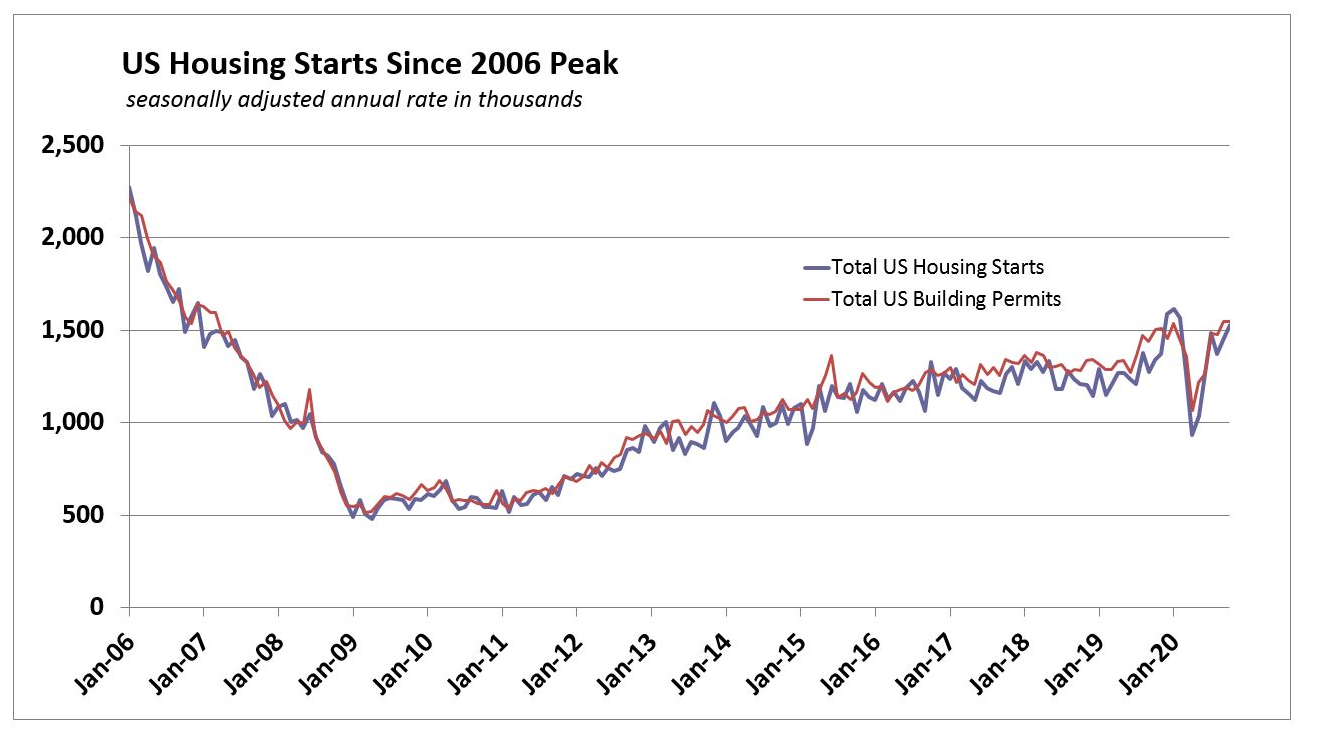