With the latest coronavirus relief bill to the Senate, experts say infrastructure funding is the next item on the Congressional agenda 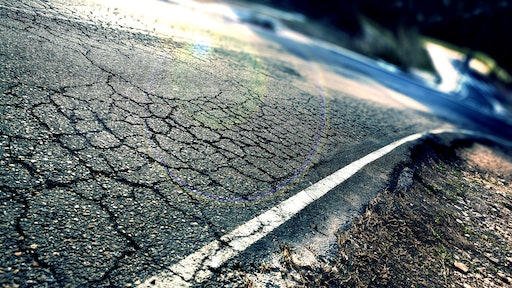 President Joe Biden’s coronavirus relief proposal has moved forward with House approval of a $1.9-trillion package that adheres largely to his framework and the legislation now moves to the Senate. Cedric Richmond, senior advisor to President Biden and director of the White House Office of Public Engagement, said a “hard push” is coming on an infrastructure stimulus bill once the administration gets this American Rescue Plan or ARP is passed.

“President Biden knows the role infrastructure plays in this country. He knows that when we invest in roads, bridges, ports, etc., we are going to get a return on our investment,” explained Richmond – a former five-term Congressman from Louisiana . “Our goal is to finish the ARP by middle of March and then we will start infrastructure. We’ll embark on that right after the ARP plan passes.”

In 2019, the Senate Environment & Public Works (EPW) Committee passed S. 2302 – the America’s Transportation Infrastructure Act of 2019 – which authorized $287 billion in highway funding over five years. Though it ultimately never came to the Senate floor for a vote, the committee hopes to use this foundation as a framework for a new reauthorization.

Last week, the EPW took some bipartisan first steps towards this goal as the nation’s surface transportation program is set to expire Sept. 30. The committee hopes to agree on a package by Memorial Day, leaving the summer months for the full Senate and House to pass a bill.

“The American people are counting on us to make this happen,” EPW Chairman Tom Carper (D-DE) said during a Feb. 24 hearing. “They don’t want to hear us talking about what needs to be done. They want us to work together and get it done.”

Carper, who said he anticipates consideration of highway-centric legislation this summer, laid out three principles from which to develop the legislation. First, “much of our transportation infrastructure is in sorry shape. This is not something the federal government should do alone. This is an all-hands-on-deck moment.” Second, “is that things worth having are worth paying for. We can’t just put all of the improvements that are needed on our country’s credit card.” And third, “those of us who use our nation’s roads, highways, and bridges have a responsibility to help pay for them.” Carper also noted President Biden’s commitment to working on infrastructure policy.

“From day one, President Biden has made it clear that one of his top priorities is investing in a transportation infrastructure, and he sees that as a key way of strengthening our economy, create good-paying jobs and address climate change,” Carper said during the annual Washington Briefing of the American Association of State Highway and Transportation Officials (AASHTO).

In the House, Transportation and Infrastructure Committee Chairman Peter DeFazio (D-OR) also is working on an infrastructure package. "We're going to do real infrastructure investment," DeFazio says. "But it is also going to be transformative."

He affirmed that incorporating a climate change-centric framework to all-things surface transportation policy will ghtouide the consideration of the Democrats’ yet-to-be-unveiled bill.

While EPW Republicans and Democrats shared enthusiasm about passing a bill, differences emerged on the size and scope of the legislation. Bipartisan support “will not extend to a multi-trillion dollar package that is stocked full with ideologically driven, one-size-fits-all policies that tie the hands of states and communities,” said Sen. Shelley Moore Capito (R-WV), the ranking Republican. "The best thing we can do is pass a very long term transportation bill. It would be great to get a six year bill passed but we are aiming for five years.”

Still, the Highway Trust Fund (HTF) solvency remained the elephant in the room as federal leaders also discussed how to pay for surface transportation investment during the AASHTO annual Washington Briefing. A range of options were presented by congressional and administration leaders, but consensus on specifics at this stage is not necessary.

U.S. Transportation Secretary Pete Buttigieg also addressed the group and shared his perspective that the future revenues to the HTF will not look like the past.

“Maybe more than at any time, it feels like so many different possibilities are on the table, even some of the principles are on the table… A principle like the user-pays principle is not the only way some members of Congress are thinking about this,” said Buttigieg.

DeFazio told the AASHTO meeting that finding the $150 billion needed to pay for the bill he advanced last Congress will be a challenge and cast doubt on a gas tax increase receiving support. He suggested a fee on the vehicle miles traveled (VMT) by heavy trucks could be a bridge toward a national VMT. Buttigieg echoed a similar sentiment, when he suggested efforts on the commercial side could present a path forward on a road usage assessment.

EPW's 2019 bill included a national pilot program for a VMT fee. VMTs have been viewed for years as a promising way to fund highways—eventually. “It was a good. Idea then,” Carper said. “And It’s an even better idea now.” DeFazio also favors a VMT national pilot plan.

The House committee's top Republican, Sam Graves (MO), is bullish about converting to a VMT approach. "It could be done right now, with the technology that we have," Graves told AASHTO attendees.

Regardless of timing, it is clear an outcome on the revenue question will be a necessary component of any multi-year reauthorization or temporary extension.

Stay tuned to ForConstructionPros.Com for continual updates on infrastructure funding and the FAST Act Reauthorization.