For construction contractors, this short-term “loan” program may prove more trouble than it’s worth. 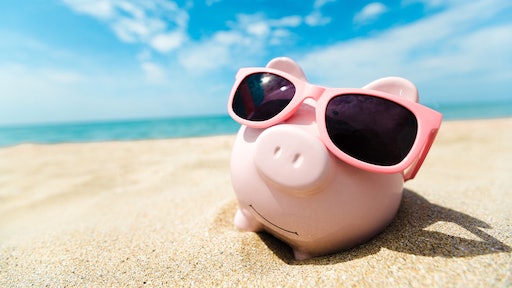 We all know the line: “I’m from the government and I’m here to help you.” Recently, that’s probably been true when you consider all the stimulus money, unemployment benefits and cost of caring for COVID-19 patients.

But sometimes the government can reach too far - to the point where the proposed benefit is not what it looks like. I can make the case that this applies when it comes to the Employee Payroll Tax Deferral.

Before we get into the details, let me tell you that employers could select not to implement this program. If that is the course you chose, it is business as usual with zero changes in your payroll process. If you opted out, your employees cannot participate in the program either. But if you opted in, employees still could opt out. That’s only where the complications start.

The Employee Payroll Tax Deferral program is essentially a “loan” for employees equal to the 6.2% social security tax that would have been deducted from their gross pay for the period between September 1, 2020, through December 31, 2020. In other words, the employees’ take-home pay is higher because the social security tax was not deducted.

For example, if you had a gross check of $4,000, 6.2% of that amount is $248. If you opted in and meet the eligible comp definition, for every pay period in this three-month period, your paycheck would be $248 higher. If there are seven pay cycles in this period, you would take home an additional $1,700. Not bad, but not anything to write home about.

I'm using $4,000 in my example because that is the maximum amount an employee can make during the biweekly period and still be eligible for the loan. Go over $4,000 and that pay period will be ineligible and the payroll service will deduct the social security tax, leaving the employee with zero benefit. This is where I see a problem for contractors, especially those with union workers who could easily exceed the $4,000 max amount.

Starting to sound like a pain in the butt? Probably, but let us carry on and see where this goes.

If you opted in to the program, you must:

I call the tax deferral a "loan" program because that’s what it is. Employees get a hike in take-home pay for three months and then must pay it back over three months from January 2021 through March 2021. In other words, during the payback period, an additional 6.2% will be deducted along with the standard 6.2%, decreasing the employee’s check by $496 if they qualified in the $4,000 biweekly range.

Obviously, those making less than $4,000 will have both a lower benefit and lower payback. For example, a $2,000 check will produce a $124 benefit up front and a $248 reduction in pay during the payback period.

Now, if you don’t believe that several employees are going to see the payback as negative, guess again. And believe it or not, employees lower on the pay chain may find it very difficult to repay what they received in the first three months of the program.

I also see a problem for contractors who lay off workers during the winter months. This could happen, right? But what if an employee leaves and does not come back in January? If that is the case, guess who gets stuck with the bill to pay the deferred social security taxes?

Your company is responsible for collecting and paying the taxes to the government should anyone leave your employ before they pay back the “loan” during the first three months of 2021. That is, unless you can track down the employee and get them to pay up.

To add to the complexity, there is talk that Congress may forgive the repayment. So, if you opted out and the forgiveness happens, you may have some unhappy employees. The forgiveness, however, is not a given (at least not at the time this was written). And if your employees have been working steady and make a decent buck, why would they need a three-month loan?

If you did choose to opt in, you have to communicate how this program is being implemented in your company. Employees must understand that there is a very good chance they will have to repay this loan. Some articles I have read even suggested having each employee that opted in sign a contract allowing the company to defer the payroll tax and at the same time agreeing to pay back the taxes that will be due during the repayment period.

If larger sums were involved, and if forgiveness were part of the program, I would probably have voted to opt in, too. But as the program is currently presented, it hardly seems worth the effort or cost to fund a three-month loan.

Garry Bartecki is the managing member of GB Financial Services LLP and a consultant to the Associated Equipment Distributors. He can be reached at (708) 347-9109 or gbartecki@comcast.net.