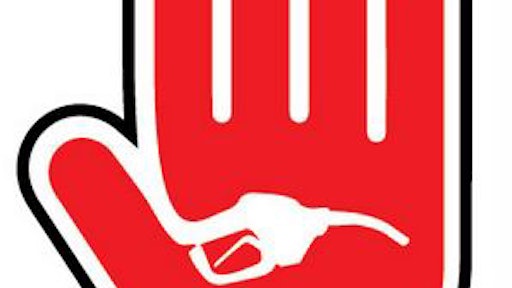 Look carefully at the blend of gasoline before you pump for outdoor power equipment or other gasoline engines. For the first time, the fuel you put in your car may not be the same fuel meant for your cut-off saw, chain saw, snow thrower, mower or other landscape and construction equipment.

The Outdoor Power Equipment Institute (OPEI) encourages users to first read their equipment’s operating manual to find out its specific fueling requirements. Then look very closely at the pump to be sure they’re not getting an engine-damaging dose of ethanol.

Video: Be Sure to Use E10 or Lower Ethanol-Gasoline Blends

The U.S. Environmental Protection Agency (EPA) confirms that E15 and other gasoline with higher concentrations of ethanol are not legal for use in off-road engines, and only legal for a subset of automobiles. Yet the only warning against “mis-fueling” is a 3-in. × 5-in. pump label.

Higher-ethanol blends are being brought to market in an effort to meet federal renewable-fuel standards. The renewable fuels standard passed by Congress in 2007 set standards for consumption. As gasoline use unexpectedly declined over the past several years, richer ethanol blends started making their way to market.

In 2012, some retail gasoline stations began offering the new 15-percent-ethanol (E15) fuel for sale, and use of fuel blender pumps which dispense multiple mid-ethanol blends expanded.

"You're having fuels enter the marketplace that non-road equipment, and automobiles, frankly, are not designed, built or warranted to run on," said Kris Kiser, president and CEO of the OPEI. "The EPA has said 'We've gotta find a way to shove ethanol into the marketplace. We're gonna allow E15 for a subset of automobiles.' Note that no automaker has said that's OK. In fact automakers, our industry, and marine manufacturers have been in the federal courts system since that decision was made a few years ago trying to prevent that.

OPEI is not anti-ethanol. But the industry has to communicate that burning higher concentrations of ethanol can damage outdoor power equipment in order to protect equipment buyers from inadvertently damaging their own equipment.

Today, there are more fuel choices for consumers than ever before. No longer can anyone go to a gas station and assume the fuel from the pump is safe and legal for their specific automobile, construction, lawn and landscape equipment or other small engine equipment.

Get more information on the risks of using higher-ethanol fuel from OPEI at http://opei.org/ethanolwarning/contact/#fact-sheet

Video: Be Sure to Use E10 or Lower Ethanol-Gasoline Blends