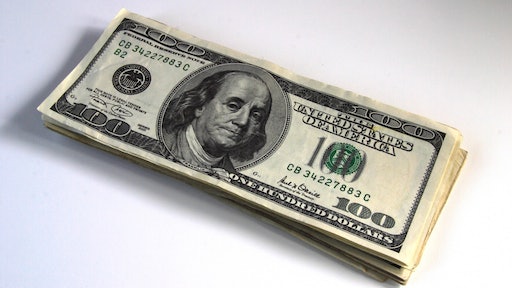 When asked how often they are paid on time, only 8% of respondents said “always.” A much more robust 61% answered “usually,” and 27% said “rarely.” Most surprising was the 4% who answered “never.”

In an effort to get paid on time, more than a third of construction companies (39%) say they incentivize early payments or penalize late payments or both (57% say they don’t use any incentives or penalties).

Unsurprisingly, companies were four times more likely to penalize clients for late payments than offer incentives for early payments, with 23% of respondents saying they add interest when not paid on time. 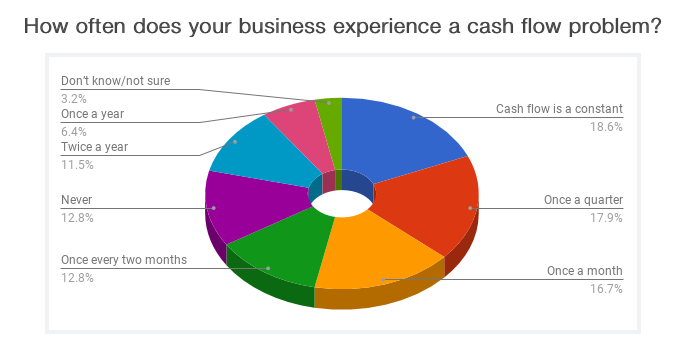 While payment in full might not always come in on time, most companies (63%) say they do receive some payments regularly or in advance. More than a third report receiving payment only after the project is complete. That’s a heavy burden to bear for companies that must pay for supplies in advance and take care of employee payroll throughout.

Among those companies that received payment after the fact, most reported being paid 30 days after completion, followed by 10 day and 60 days.

Cash flow struggles are a harsh reality for the majority of construction companies, and unfortunately, those problems often bleed into future goals. One in four respondents says their cash flow problems are preventing their business from growing. Other notable problems connected to cash flow included the company’s ability to run payroll (17%) or their ability to take on new projects (15%).

When asked how they were able to make payroll in light of a cash flow problem, the most common answer (38%) was “we took out a short-term loan.” One in four said “employees were not paid their wages,” while 12% said their employees quit. Some employees (5%) chose not to take bonuses, while another 5% of respondents said business owners or leaders chose not to get paid at all so employees could receive pay. Finally, 3% said they took out personal loans to cover the shortfall. 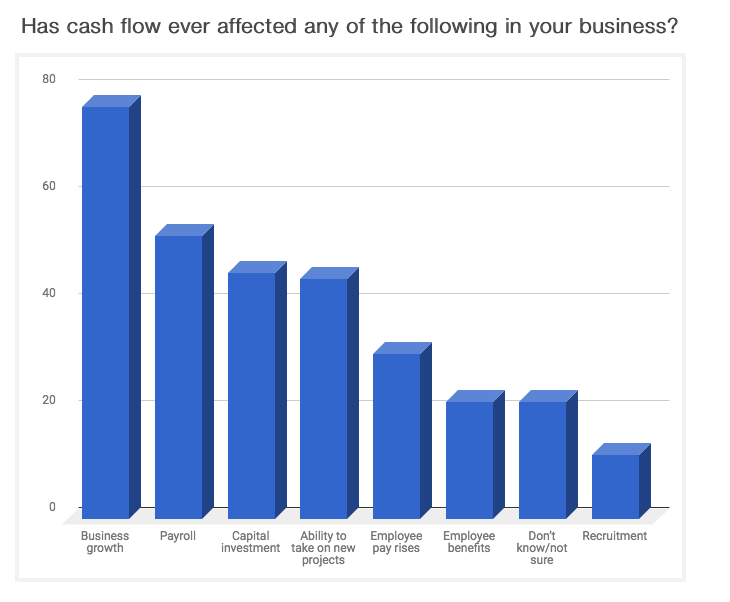 The people behind the data

TSheets surveyed 195 construction company owners and managers between January and April 2018. The vast majority (76%) worked in commercial construction, while 20% worked in residential construction and 15% worked in remodeling. Some companies had a crossover. Smaller groups of survey respondents checked the boxes for construction supply companies, excavation and equipment, restoration, landscaping, and more.

Most of the respondents (87%) worked for or owned a company of 50 or fewer employees. The majority of these (54%) actually cited 15 employees or fewer.

Cash Flow by the Numbers