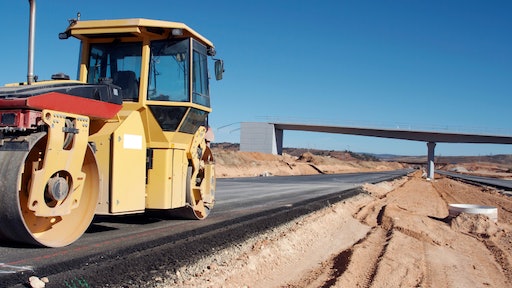 The Senate, on Tuesday, confirms Pete Buttigieg as transportation secretary on a 86-13 vote. He is tasked with advancing President Biden's determined agenda of rebuilding the nation's infrastructure.

Buttigieg will take over a transportation department with 55,000 employees and a budget of tens of billions of dollars. He plans to quickly get to work restoring trust in America's transportation networks and he is expected to play an influential role in the president's Build Back Better plan which segments $2 trillion infrastructure and climate plan.

“We need to build our economy back, better than ever, and the Department of Transportation can play a central role in this,” Buttigieg said in his confirmation hearing last week.

Many industry associations are excited to welcome the new secretary and have released statements:

Brian P. McGuire, president and CEO of Associated Equipment Distributors (AED), issued the following statement upon the Senate’s confirmation; “There is no better way to create jobs and economic opportunity across the country than investing in rebuilding the United States’ dilapidated infrastructure. Our leaders can’t continue to sit by and watch our nation’s infrastructure crumble, putting off tough decisions for the next generation. AED looks forward to working with the president, Secretary Buttigieg and congressional leaders to create a sustainable and impactful recovery that ensures economic security, stability and prosperity for all Americans.”

Pat Jones, executive director and CEO of the International Bridge, Tunnel and Turnpike Association, released the following statement: “IBTTA is pleased that the US Senate has confirmed Pete Buttigieg as Secretary of Transportation. Pete’s education, intelligence, innovative thinking, and experience – as both a veteran and Mayor of South Bend, Indiana – give him a unique understanding of the importance of infrastructure to economic growth and opportunity. IBTTA is encouraged by the policies Pete put forth during his presidential campaign and the Biden Administration’s Build Back Better Initiative."

President of the American Society for Civil Engineers (ASCE), Jean-Louis Briaud, Ph.D., P.E., also released a statement, noting:  "The American Society of Civil Engineers applauds the Senate’s vote to confirm Pete Buttigieg as the incoming Secretary of the Department of Transportation. We are eager to work with Secretary Buttigieg and the Department of Transportation to maintain and modernize our nation's vital infrastructure systems, prioritizing sustainability and climate-resilience.

"We urge the Administration to make investments in our nation’s transportation systems a central component of our nation's economic recovery and a tool to bring equity to struggling communities. No doubt that Secretary Buttigieg brings strong experience and the right leadership qualities to champion this approach as he leads the DOT. As a former mayor, Secretary Buttigieg knows that these issues require consensus and bipartisan solutions, and he has seen first-hand how infrastructure policy and investment impact families, businesses, local economy, and quality of life.

"Our nation’s highways, bridges, local roads, transit systems and railroads need repair and poor infrastructure already costs the average American household $3,300 a year in lost disposable income. The financial ramifications of the COVID-19 pandemic have only exacerbated pre-existing issues. As the nation looks to revitalize the economy, ASCE believes that our infrastructure systems and our transportation networks need to be a top priority to provide access and opportunity to communities. We are looking forward to working with the Department of Transportation and Secretary Buttigieg to improve our nation's transportation systems and build a better quality of life for all Americans."

The National Asphalt Pavement Association's (NAPA) President and CEO Audrey Copeland, Ph.D., P.E., issued the following statement on the confirmation of former South Bend, IN mayor, Pete Buttigieg by the U.S. Senate by a vote of 86-13: