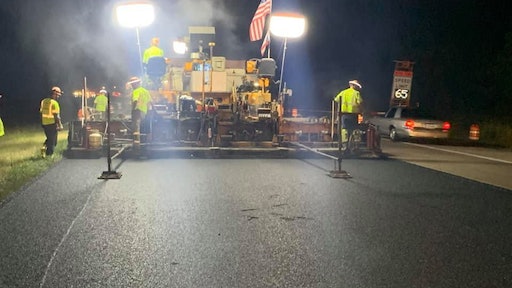 Less than one week after the passage of President Joe Biden's $1.9 trillion American Rescue Plan, Democrats are pivoting to work on what's likely to be an even larger clean-energy package that could pump $4 trillion into the nation's infrastructure and be revealed as early as May.

Speaking to ABC's This Week on Sunday, House Speaker Nancy Pelosi (D-CA) said the bill can "hopefully" be crafted on a bipartisan basis–unlike the latest stimulus package, which passed with no Republican support–given its focus on infrastructure like roads, bridges and water supply systems.

To that end, Pelosi on Friday called on Democratic committee chairs in Congress to begin crafting a "big, bold and transformational infrastructure package" with their Republican counterparts, adding that she hopes a bipartisan "spirit will prevail" to address critical needs in energy, broadband, education, housing and utilities while creating jobs "in every zip code."

Graves has been vocal about this issue in the past stating that the reason the FAST Act was not authorized beyond 2021 last September was due to Pelosi's broad agenda.

"A major reason nothing happened was because the highway bill got caught up in Speaker Pelosi's broader political agenda. Instead of the Transportation and Infrastructure Committee working together across the aisle, just like we did when I helped write the FAST Act of 2015, the current House majority chose to push through a partisan bill," Graves said last year. "The Speaker’s “My Way or the Highway” bill became a $1.5 trillion dollar wish list for the progressive wing of her party. The bulk of this bill provided no responsible means to pay for its huge cost increases. It also wove in a bevy of new mandates stemming from the Green New Deal. In fact, $2 of every $5 in the bill related to reauthorizing surface transportation programs were tied to meeting costly Green New Deal requirements. Not surprisingly, this bill had no chance of becoming law once it passed the House, leaving state and local governments, transportation workers and businesses hanging out to dry."

The Problem with Sweeping Infrastructure Legislation

For Democrats, infrastructure funding means finding ways to combat climate change and build resilient structures using green initiatives. Biden is putting these green initiatives front-and-center in his “Build Back Better” infrastructure proposal that calls not only for building roads and bridges, but also for investments in electric vehicle charging stations, zero-emission buses, transit and zero-carbon electricity generation by 2035.

This expansive look at what our infrastructure means to our nation puts bipartisanship at risk. It also puts the money we will receive for our roadways on the backburner as Democrats look to add funding for waterways, broadband and more to an infrastructure package.

During the National Asphalt Pavement Association virtual annual meeting, experts weighed in on where they think the industry should focus their efforts.

"Democrats are trying to reduce money for highways, forcing people to get out of cars and into public transportation," Stan Bass, chief growth officer at Vulcan Materials says. "We need to focus on the highway program. When we talk about infrastructure, we can’t assume people on The Hill know we’re talking about highways. We need to make it known that we need a multi-year surface transportation measure. No matter what other infrastructure is captured in these funding packages, we need to focus on a surface transportation package."

As vehicles transition to electric and gas tax revenues continue to dwindle, green initiatives continue to be a threat to funding for our roadways. Democrats have not come up with a clear proposal to replace the gas tax, which has been the traditional source of funding for surface transportation infrastructure, leaving the Highway Trust Fund (HTF) in dire need of a new funding mechanism.

At the end of the day, everyone seems to be in favor of the concept of infrastructure, or at the very least the word infrastructure. It’s when you start getting into the specifics of what kind of infrastructure you build, where you build it — and the big one no one wants to answer, how do you pay for it — that’s when you get into difficulties. Both parties will need to reach across the aisle, agree on a pay-for and get something done in a way that does not increase our national debt.

"We all support investing in our infrastructure, but we can’t pretend we’ve got a blank check to do it," Graves said. "Bipartisanship is the recipe for success when it comes to surface transportation reauthorization bills and other legislation to improve America’s infrastructure."

Governors meet to discuss infrastructure and long-term reauthorization of surface transportation funding -- key to the federal-state partnership on highways, mass transit and other ground transportation.
March 29, 2021
Follow Us