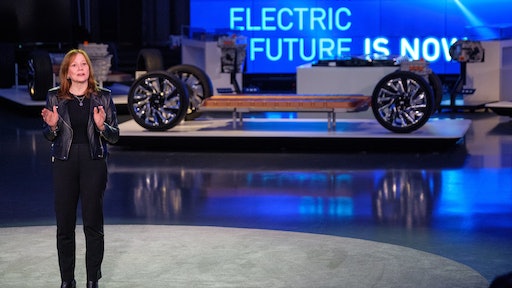 GM plans to become carbon neutral in its global products and operations by 2040 and has committed to setting science-based targets to achieve carbon neutrality.
Photo by Steve Fecht for General Motors

General Motors' (GM) decision to move to an all-electric future and end tailpipe emissions by 2035 is part of the company's broader effort to combat climate change and become carbon neutral by 2040. But where does this leave heavy-duty pickup customers?

Traditionally, GM, Ford and Ram have duked it out for dominance in the pickup truck market, which remains one of the most profitable sectors for the automotive industry. For decades, the Big 3 automotive manufacturers have tried to one-up each other in terms of torque, horsepower, payload and towing capacity in order to claim bragging rights.

GM's announcement marks a turning point in pickup truck development. The company plans to continue to increase the fuel efficiency of its traditional internal combustion vehicles in accordance with regional fuel economy and greenhouse gas regulations. Some of these initiatives include fuel economy improvement technologies, such as start/stop, aerodynamic efficiency enhancements, downsized boosted engines, more efficient transmissions and other vehicle improvements, including mass reduction and lower rolling resistance tires.

However, eliminating tailpipe emissions would mean the end of the internal combustion engine as we know it today. This creates quite a challenge for engineers to address as the industry moves forward. Ford has already announced an electric version of its F-150 pickup that is slated as a 2023 model, and new upstart competitors such as Tesla and Rivian could beat Ford to the market. GM has yet to officially announce an all-electric pickup.

To date, nobody has announced an all-electric heavy-duty pickup – the 3/4-ton and larger models. The vast majority of heavy-duty pickups are pressed into towing applications and serve a critical role in contractors' fleets. Keep your eyes out for future developments in this critical segment of the market as companies invest in R&D to develop a solution.

The race to reduce carbon emissions is becoming the primary focus of every vehicle manufacturer. But not everyone is taking the same approach. Many different technologies are emerging as potential solutions and there are many different demands, depending on the vehicle application.

If the goal is to reduce the carbon footprint, you need to look at the solutions as a whole. Just because the vehicle does not produce emissions does not mean that the energy consumed by that vehicle is clean.

For instance, the Propane Education Research Council (PERC) just released a study that shows propane-powered medium- and heavy-duty truck engines actually produce a lower carbon footprint in 38 states and Washington D.C. than their electric counterparts due to the way power is created for the electric grid. There are also biodiesel and synthetic fuels competing for a slice of the clean energy revolution.

GM acknowledges the need to address the cleanliness of the electric power grid. The company states while electric vehicles themselves do not emit tailpipe emissions, it is critical that they be charged with electricity generated from renewable sources such as wind and solar. The company has worked with utilities and developers to support investments in renewable energy found in and around communities that have GM facilities via power purchase agreements and green tariffs.

The availability of charging stations is another hurdle. GM is also working with EVgo to triple the size of the nation’s largest public fast-charging network by adding more than 2,700 new fast chargers by the end of 2025, a move set to help accelerate widespread electric vehicle adoption. The new fast chargers will be powered by 100% renewable energy.

GM believes that the energy sector is well on its way to a decarbonized grid and that an all-electric future will be supported by renewable infrastructure and technology.

This announcement from GM sends a clear signal that the transportation industry is about to experience a technology shift unlike any since the development of the internal combustion engine. But it is too early to pick winning technologies at this point. As with every technological breakthrough, science ultimately chooses the winners and losers. 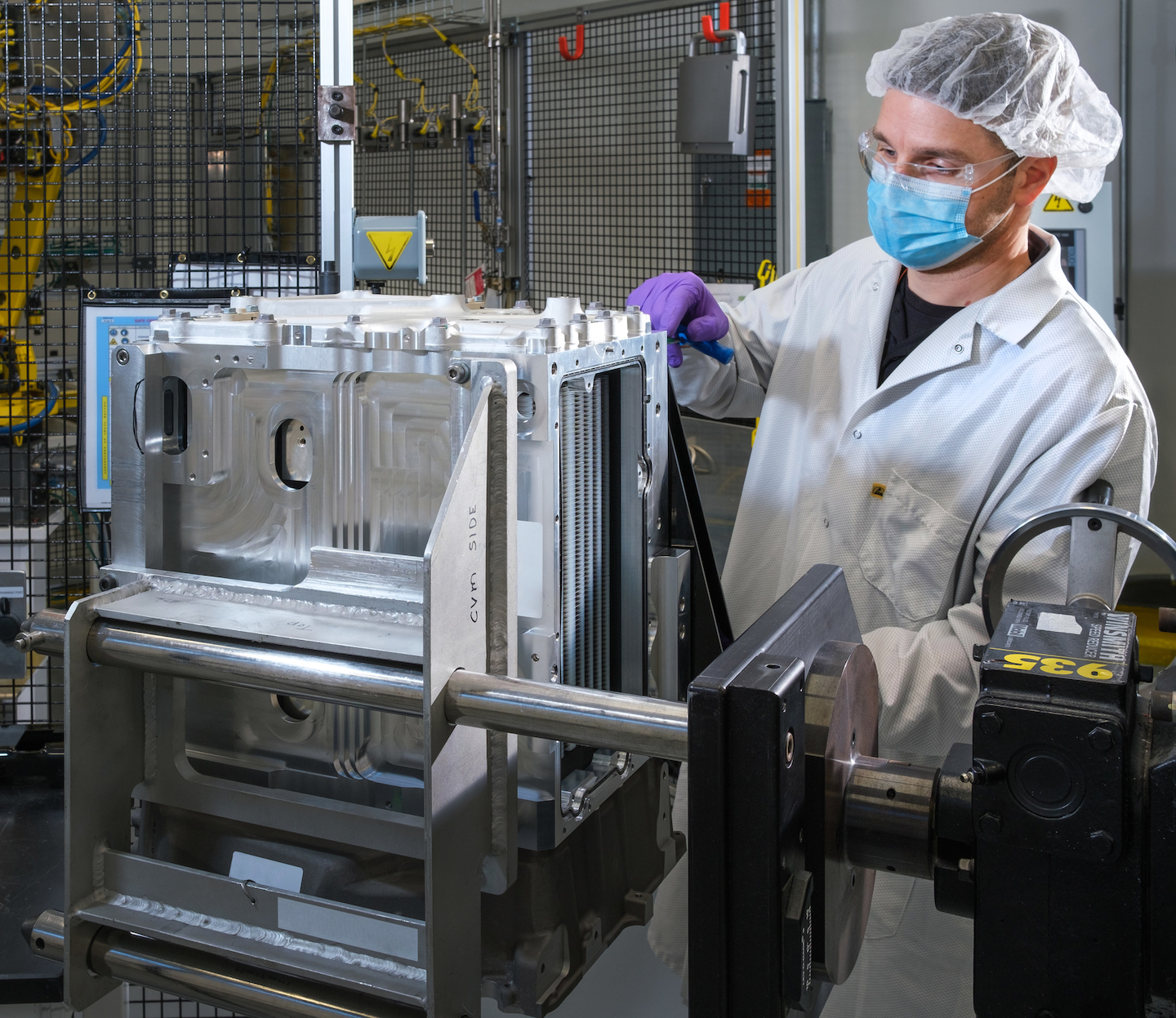 General Motors Fuel Cell Controls and Process Engineer Joe Truchan builds a fuel cell stack at the GM Global Propulsion Systems Pontiac Engineering Center in Pontiac, MI.Photo by Steve Fecht for General MotorsGM states it is committed to reaching carbon neutrality in its global products and operations by 2040, supported by a commitment to science-based targets. To reach its goals, it plans to decarbonize its portfolio by transitioning to battery electric vehicles or other zero-emissions vehicle technology, sourcing renewable energy and leveraging minimal offsets or credits.

To offset to steep R&D costs, many companies are collaborating and forming partnerships or joint ventures. They are also selling the technology to other vehicle manufacturers.

For instance, General Motors will supply its Hydrotec fuel cell power cubes to Navistar for use in its production model fuel cell electric vehicle (FCEV), the International RH Series. Navistar's FCEV will get energy from two GM Hydrotec fuel cell power cubes, each containing 300-plus hydrogen fuel cells along with thermal and power management systems. The power cubes are compact and easy to package and can be used in a wide range of applications, including marine, earthmoving and mining equipment, locomotives and power generators.

Expect to see many more companies working together to develop solutions as the focus on climate change heats up. The technology revolution will require unprecedented investments in R&D.

The question still remains – how will this impact heavy-duty pickup owners? Stay tuned. While there are no current alternatives to the internal combustion engine for this market segment, that is expected to change rapidly. This is a highly profitable segment of the automotive market that is sure to be a major focus moving into the future.