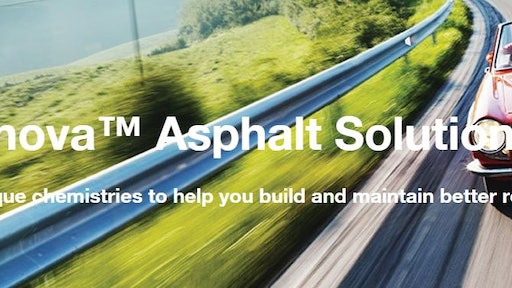 Anova rejuvenators have demonstrated desirable impact on asphalt pavements containing highly aged RAP and RAS binder (reclaimed asphalt pavement and shingles) in documented results in the laboratory and in the field.

Road Science is the only chemical supplier of asphalt additives and emulsifiers with an American Association of State Highway and Transportation Officials accredited laboratory, having originally achieved accreditation in 2001
Road Science
March 5, 2019

The ArrTekk 1295 chemistry lengthens the life cycle of micro-surfacing by 30 percent and improves mix control in harsh conditions.
Road Science
May 21, 2015

NIOSH is expected to release in the coming months a best practices document for roadway milling based on the work of the Silica/Milling Machine Partnership.
Occupational Safety & Health Administration
August 26, 2013
Asphalt

Industry stakeholders are strongly encouraged to continue to work together sharing their Superpave experience
Caltrans
August 26, 2013