There are over 30 million jobs in the USA that pay over $60K a year and a vast number of them are unfilled because today’s youth has been indoctrinated to believe that if you don’t have a college degree, you will struggle to get through life. 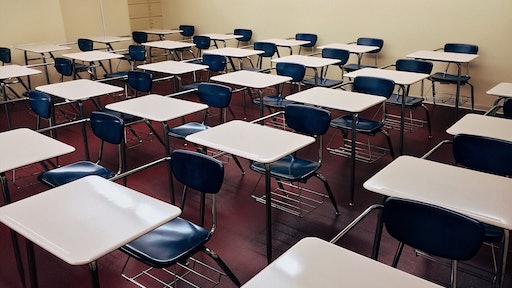 Early this spring I was asked to give a two hour presentation at a Washington State Engineering College. The subject matter was “What opportunities are there in the Highway Construction Industry for the College Graduate.”

But to be honest, I thought the man’s head was going to explode when I said that most of the technical jobs at our paving companies paid nearly twice that money and could be had with no degree. Trade school is what most of these kids needed, I said.

According to a National Public Radio article I just read, there are some 30 million jobs in the USA that pay over $60k a year and a vast number of them are unfilled because today’s youth has been indoctrinated to believe that if you don’t have a college degree, you will be a failure and struggle to get through life. In reality I have seen exactly the opposite to be true when considering the young applicants who apply to work at Cliff Mansfield Inc.

While I don’t want to stereotype these kids, it does seem to me that they are very ill-prepared to work in the construction world. These kids are saddled with a useless degree and a MOUNTAIN of debt. And they get mad at me because I don’t have a place for them in any of my companies. “But I have a College Degree!” They cry. I do feel sorry for them.

Throughout their young lives they were pressured into believing that working with your hands was somehow “dirty” and beneath them. Now as they venture out into the “real world” they discover they have been sold a fallacy. I wish I could have counseled these kids before they left high school. I would have told them to be sure of the direction they wanted to go in their lives and then do some research to see what kind of education/skill-set it takes to get that place you want to be. If an $80,000 a year job is your goal, then a four year college degree is may not be where you want to spend your time.

What's Best for the Future?

Obviously, in the our construction world there are a number of positions that a four year degree would be helpful. Areas like Civil Engineering, Accounting, Environmental Quality, Quality Control and similar jobs all contribute to the success of construction companies. At the average paving company, what percentage of the employees are actually working in these jobs? 10% maybe? In my thinking, trade school is a far more viable option for the vast majority of graduating high school students these days. According to the Associated General Contractors, 70% of construction companies in the USA are struggling to find qualified workers to fill the positions they have open.

On the other side of the college/trade school debate is the vast number of unemployed bachelor degree holders in America. These graduates are wandering around under a staggering amount of College debt, unable to find a job. Actually, it is a bit sad. It has been hounded in to these younger generations that if you want a high paying job you need a college degree. In some respects, the trades have been characterized as jobs for those who can’t get into college. But in today’s reality, where 70% of American companies can’t get enough skilled workers to staff jobs paying an average of $60,000 a year, it looks as if there is a big perception problem for today’s youth.

Money isn't the only issue, advocates for career and technical education say. An even bigger challenge is convincing parents that trade schools lead to good jobs. They remember vocational training from when they were in high school. The manual labor. The working with their hands. All of which is not necessarily what they aspire to for their own kids.

These parents are hard to convince because there is that stigma attached to the hard drinking, sometimes profane construction worker. The construction trades have this connotation of being dirty jobs and hard work. Parents want something better for their son or daughter.

That stigmata is so profound that recently, just north of me in Washington State, the Lake Washington Institute of Technology changed its name from Lake Washington Technical College to avoid being stereotyped as a vocational school.

Another factor driving educators to push kids toward college seems to be that in a quest for prestige and rankings, and to bolster real-estate values around them, high schools like to emphasize the number of their graduates who go on to four-year colleges and universities. Good for the schools, but what about the kids?

In reality it comes down to what we as parents and mentors pass on to the younger generations. I am in my mid-sixties. I grew up in a rural Oregon farming community. From an early age my summers were spent operating a D-6 Cat tractor dragging a rod-weeder or a plow back and forth across many 500 acre sections of wheat fields. Between that, cutting and baling alfalfa hay and harvesting the wheat in the fall I really never had much time to be a kid. But these activities taught me a strong work ethic.

At our high school there were shop classes offered, drafting classes and economics classes dealing with farm life. What else could a person need? In reality it never even crossed my mind to go to college. What for? At 14 years old my dad left me in charge of the harvesting of 8,500 acres of wheat on the home farm while he took a crew out to grand dad’s acreage, in next county over and took care of that place.

Looking back on my presentation at the college, I don’t think the session went as the professor had hoped. At the end of the presentation I was deluged with questions about WHY these kids would need to get an advanced education? And did I have any degrees? How could I be successful without any advanced degrees? Do the lack of degrees hold me back in my consulting engineer field? I answered all these questions as honestly as I could. As I watched the professor I knew that the answers I was giving, the reality of what I was saying, flew in the face of the college mantra- formal education is the ONLY way forward.

I am pretty sure I got scratched off that professor’s Christmas card list. One young girl asked whether anyone looks down on me for not having a bachelor's degree. I thought to myself, ‘You mean other than your professor?’ I answered the girl by saying that I don't particularly care. I made myself successful with hard work and perseverance. I told her that the real misconception in all this is that without a degree a person can't make much money. My experience tells me that this is not true. I work hard, travel the world and have never needed any degrees.

I told those students that you make your own path in life. If you are reasonably intelligent, willing to apply yourself to ‘real world’ lessons and you have a strong work ethic, you can go far in the highway construction world. While I was talking at the end, after my slideshow presentation which was run off my laptop through a projector, my screensaver came up on the canvas screen. It is the picture that is with this article. I told those kids that the Thunderbird in that picture is my company’s race car. And I think that that race car illustrates my overall point nicely: I was a poor ‘dirt farmer’ who reinvented myself and proved that if you apply yourself, learn all you can from everyone around you and are willing to take some risks, you can be successful without any formal degrees. But NONE of that success will be simply handed to you. You MUST work for it. I believe I may have influenced at least some of those students to at least consider the trade school option.

I stayed well past my 2 hour allotted time, talking with what I hope is our country’s future. Those kids actually seemed amazed to hear a viewpoint outside the academic norm that they have been spoon-fed for years.