The Trump administration is delaying enforcement of an Obama administration regulation that would have required state and local officials to measure greenhouse gas emissions related to the use of specific highways. 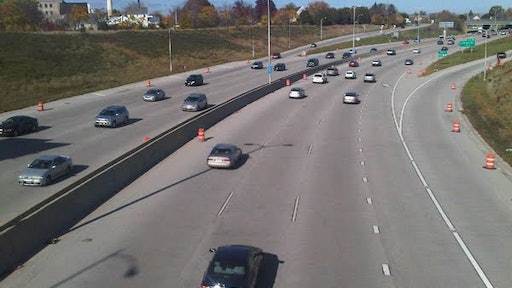 The Trump administration is delaying enforcement of an Obama administration regulation that would have required state and local officials to measure greenhouse gas emissions related to the use of specific highways.

Some of the performance measure regulation will take force, but the FHWA said in a Federal Register notice due for publication Friday that it would delay other parts for a year while officials decide whether they want to rescind or revise them.

The FHWA plans to allow a new round of public comments on the greenhouse gas provision for potential revision.

The performance measure rule implements provisions of the 2012 and 2015 highway infrastructure bills.

The Obama administration argued that measuring greenhouse gas emissions from vehicles on federally funded highways would help the government to find out if federal dollars are going to environmentally sound causes.

Read the full report at The Hill.

Contactors are still seeing high levels of backlog and remain relatively optimistic about the state of the civil construction market.
Command Alkon
October 13, 2020