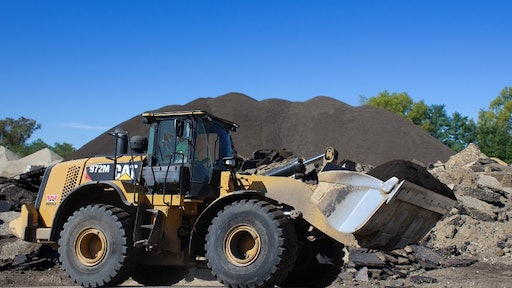 Of the 97 million tons of RAP reclaimed, contractors reused 89.2 million tons in new asphalt pavements in 2019. This is a nearly 8.5 percent increase from the 2018 construction season and represents a nearly 59.3 percent increase from the total estimated tons of RAP used in 2009, when this annual survey was first conducted.
Dave Haglund/AC Business Media

It's a relatively unknown fact that asphalt is the most recycled product in the United States but a recent survey by the National Asphalt Pavement Association (NAPA) has confirmed that to be true.

Our country’s most diligent recyclers are in fact asphalt mixture producers, who utilize more than 94 percent of old asphalt pavements in new pavement construction. Civil engineering applications account for the remaining 6 percent, which are generally still road construction and maintenance projects. Examined another way, if you took all the newspapers, aluminum and steel cans, and the glass and plastic bottles the U.S. recycles annually and put them on a scale, they would weigh less than three-fourths that of reclaimed asphalt pavements (RAP). This makes asphalt America’s most recycled product.

NAPA conducted the survey in partnership with the Federal Highway Administration (FHWA) and found that the industry reclaimed 97 million tons of RAP for future use, saving about 58.9 million cubic yards, or enough landfill space to fill up the dome of the U.S. Capitol 1,223 times. This massive reclamation effort also saved $5.3 billion in gate fees for disposal in landfills.

"NAPA is proud to release the results of our annual Asphalt Pavement Industry Survey on Recycled Materials and Warm-Mix Asphalt Usage,” said NAPA Chairman James (Jay) Winford Jr., Ph.D., P.E., president of Prairie Contractors Inc. in Opelousas, LA. “This survey not only quantifies our industry’s commitment to recycling but also supports our objective to remaining the most recycled material in the nation. NAPA and its members are committed to building and maintaining our country’s infrastructure with the utmost goal of recycling, sustainability, and concern for our environment and resources while, at the same time, providing the travelling public with the smoothest, quietest, safest, and most perpetual pavement surface available."

Of the 97 million tons of RAP reclaimed, contractors reused 89.2 million tons in new asphalt pavements in 2019. This is a nearly 8.5 percent increase from the 2018 construction season and represents a nearly 59.3 percent increase from the total estimated tons of RAP used in 2009, when this annual survey was first conducted. For the first time, the survey evaluated greenhouse gas emissions, finding RAP usage saved 2.4 million metric tons of  CO2e, the equivalent of removing 520,000 passenger vehicles from the road.

“Over the years, we’ve seen steady advancement in RAP use across the country. Through collaboration on research and applied best practices among industry engineers and road owners, we maintain or improve performance while increasing the use of recycled materials,” stated NAPA president & CEO Audrey Copeland, Ph.D., P.E.

Additional survey results show that asphalt producers used an estimated 921,000 tons of reclaimed asphalt shingles (RAS) in asphalt mixtures in 2019. RAS usage during the 2019 construction season is estimated to have reduced the need for 184,200 tons (more than 1 million barrels) of asphalt binder and about 460,000 tons of aggregate with a total estimated value of more than $103 million.

Asphalt mix producers also continue to make significant use of energy-saving warm-mix asphalt (WMA) technologies. In 2019, contractors used WMA technologies for the production of 164.5 million tons of asphalt mix. A number of environmental, worker safety, and construction benefits have been realized through the adoption of WMA technologies. Nearly half of the WMA production was at reduced temperatures decreasing the energy required to manufacture the mix. The most common WMA technology used is plant-based foaming, which injects a small amount of water into the asphalt binder during production.

NAPA collected survey responses over the first half of 2020. The report compiles results from 212 companies with 1,101 plants in 48 U.S. states, the District of Columbia, and one U.S. territory.  In its Online Store, NAPA provides a copy of the full survey report, including a state-by-state breakdown of data.