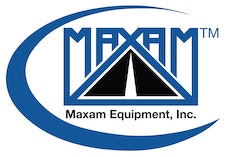 Maxam’s California Bulk Sampler was developed in direct response to Caltran’s requirement to take bulk samples from the plant; the CB Sampler is now approved by Caltran for this purpose.