Should You Repair or Replace Asphalt Plant Components?

What's the real cost of saving money when it comes to repairing instead of replacing? 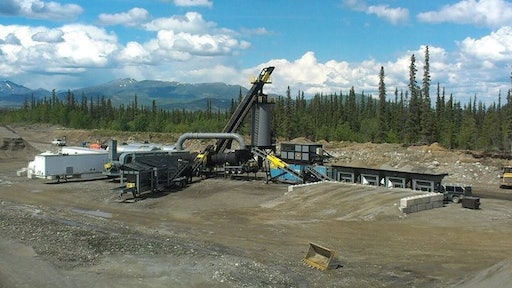 ADM EX-225 Drum Plant running up near the Canadian Arctic in the Yukon.

No matter how hard we try, we can’t keep our equipment running forever. Stuff breaks and we need to fix it. Asphalt plants are complex pieces of machinery, things turning, belching steam and putting out that beautiful black stuff we all like to build roads with. Hot Mix.

Often times, when things go wrong at our asphalt plants we try our best to repair what we have and thus keep operating costs down. This has been especially true in the last dozen years or so, given the economic down-turn this country has gone through. And let’s face it, asphalt plant parts can get real expensive fast.

However, recently times have changed. In my world I am seeing a robust re-investment in highway construction. This is good news for all of us involved in the highway construction industry. With this revitalization comes the need to refocus on what are the true priorities around our asphalt plants. Production has now replaced economy as the driving force at most contemporary asphalt plants. But not at all of them.

Earlier this summer I was trying to trouble-shoot an older burner by telephone. The plant was ‘hot-stopped’, but the burner would not return to “0” position. This was preventing it from re-lighting due to the burner’s built in safeties that will not allow it to fire unless the burner is completely closed. By talking to the operator, I was able to surmise that the slide-wire feedback coil in the EA-57 Actuator had failed. This circuit is used to tell the burner controller what position the burner is in, from 0 to 100%. Without this feedback the operator could not control the burner’s position. He couldn’t close the burner all the way so the low-fire limit was not made. As a result, the burner would not re-light. The asphalt plant was going to be out of action until the operator could fix the problem.

I mentioned to the plant operator that I had a new EA-57 Actuator on the shelf in my shop and that I could overnight it to him. But he told me he had another one in his spare parts bin so he didn’t need a new one from me. Ok, good.

I thought that was the end of it, but several days later his boss called me wanting to know why I had not sent the operator a new EA-57 Actuator. As it turns out, the guy did have another EA-57, but that particular actuator had gotten shorted out and the drive motor burned up some years earlier. The man thought he could use parts from the two disabled units to cobble together one functional unit. He figured he would save the owner money that way.

In the end, he had spent four days trying to make the actuator work. I will admit that he did an admirable job of fixing the old actuator up and making it work again. I doubt that I would have the necessary patience to work on it for so many days. But the real problem is that in the passing of time the plant had lost about 2,000 tons of production. In their location, this was about $200,000 in gross revenue. A new EA-57 Actuator costs about $980 from the manufacturer. The plant operator got it to work in the end, but at what cost? By my estimation, roughly $199,020. Even if the company was only operating on a 10% margin, that is $20,000 of lost profit while the operator struggles to save the company less than $1,000. Not a good ROI in anyone’s book.

Know When to Move On

This scenario is far more common than one might think. I see it quite often. Plant personnel are hounded to save money at every possible juncture. Make do with what you have! So the operators are put in a position of only seeing the micro view of what they are doing, not the macro view of the consequences.

As a result, I have had plant operators tell me that “Any idiot can just REPLACE parts. It takes some brains to fix things.” And in general I agree with them. If there wasn’t a COST component to the time it takes to fix stuff I would be firmly on their side. But when the ‘fixing’ cost exponentially more than the cost to ‘replace’ the part, one needs to swallow their pride and become a parts REPLACER. Later you can fix the component and have it in stock for the future, but get the asphalt plant back into production as soon as possible.