Cliff's advice on this is simple: If a control house is costing you down time, FIX IT. 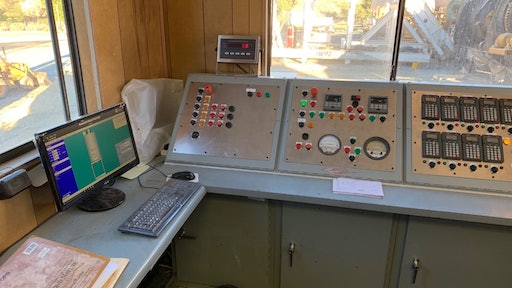 Sometimes rebuilding means fixing the issues which have caused the control house to become a “rat’s nest” of loose and frayed wiring due to so many people trying to fix this and that problem.

As I travel around our great country visiting asphalt plants, a very important question often arises: “When do you decide to upgrade a Control House.”

I don’t spend the money, so my criteria is quite clinical. If a control house is costing you downtime, FIX IT. If the blending computer is not RELIABLE, replace it. Same with the burner control. The most expensive thing at any asphalt plant is downtime. - $10 a ton profit, trucks, paving crew, plant repairs, outside help, etc.

When I am called in to analyze a plant and recommend upgrades the first question I ask concerns the amount of downtime in the previous season and what caused it. Once I have these details I can first examine the equipment generating the problems and then formulate a plan to address these issues.

When I examine the control house I am looking for specific things. How much downtime is generated by out of spec materials relating to the blending computer? How much downtime is generated by load-out problems? And how badly is troubleshooting affected by chaotic wiring. If we find that a large portion of the downtime relates to these issues then we look closely at the control house. If we can quantify the problems relating to the house high enough, we recommend rebuilding it.

Sometimes rebuilding means fixing the issues which have caused the control house to become a “rat’s nest” of loose and frayed wiring due to so many people trying to fix this and that problem. For some reason people seem to seldom try to tidy up after themselves. As a result, some control panels get to looking like a big jumbled bundle of wires.

The best thing to do in these cases is to simply strip out all the old stuff and build back new. So we replace all the switches with modern 22 mm stuff. We will build new VFD feeder controls, AC controls and install a new blending and load-out computers. We build a new baghouse pulse control system that is automated and linked to the AC inject so that during a hot-stop the pulsing stops. When the plant is re-started, the pulsing picks up where it left off, rather than starting at the beginning which under certain circumstances can disrupt even dust flow and add considerably more fines when the system gets back to the bags that haven’t been pulsed in the proper sequence. We also build a new burner control and incorporate an "over-temp' shutdown safety that kills the burner if the baghouse inlet temperature exceeds 380° F.

Generally we replace everything in the old control house that generated the old problems. Now the plant should operate without problems relating to the control house itself.

Cliff Mansfield, owner of Cliff Mansfield Inc., operates C.M. Consulting, an asphalt repairing, upgrading and operational training company. He has over 40 years of experience in the industry.

Is It Time for an Asphalt Plant Consultation?

Should You Repair or Replace Asphalt Plant Components?

Improve Energy Efficiency Through Best Practices at Your Asphalt Plant