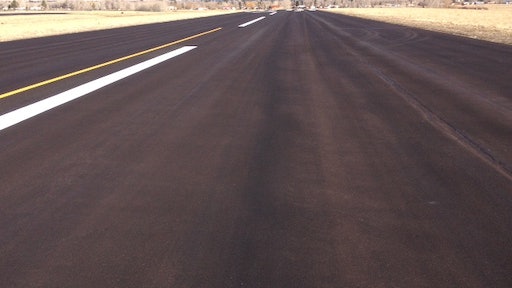 While many manufacturers of asphalt preservation products claim their products provide long-lasting benefits, few can offer 39 years of proof to back up their claims. Asphalt Systems Inc. (ASI), based in Salt Lake City, Utah, has proof that if used properly and at recommended intervals, its GSB products can maintain asphalt pavement for decades in the same surface condition it was in upon first application.

As evidence to support ASI’s assertion, the Central Church of Christ in Cedar Rapids, Iowa, applied a GSB seal coating product from ASI to its newly paved parking lot in 1978. The organization has followed the initial application with treatments of the same product every five years, as prescribed. Today, with no maintenance other than GSB seal coating, the parking lot looks as new as it did 39 years ago.

Field trials and official studies also support ASI’s asphalt life extension claims. During the 1990s, an ASI GSB sealer was evaluated through two independent field trials in Oregon – Portland International Airport (PDX) and Mulino State Airport (4S9). In both cases, the sealer was applied as a part of a preventive maintenance program, and its long-term performance was monitored. The performance data of PDX Taxiway C showed that the GSB product was able to maintain the taxiway pavement at an excellent level for the trial period of eight (8) years. Performance data of the Mulino runway trial showed that the GSB sealer kept the runway at excellent conditions for 10 years by interrupting its aging process, including halting the progress of raveling and weathering.

Other airport runway examples of ongoing and effective pavement preservation include Blanding Municipal Airport (BDG) in Utah, which has had four treatments of GSB-88® over the past 26 years.

The runway pavement at Central Colorado Regional Airport (AEJ) in Buena Vista is 22 years old, and has had three treatments of GSB-88® applied to it. PCI data on this airfield from the CoDOT Division of Aeronautics website shows that the pavement has remained in good condition with a PCI score of 87.

Navy Facilities Command (NAVFAC) pavement specialists have performed a long-term evaluation of 1.2M square yards of GSB applications on widely varying military airfield pavements and climates. In addition, the MicroPAVER data for 883 treated municipal airfield pavements across multiple climatic zones was critically evaluated. In both cases, the results of the evaluation were positive and demonstrated significant life extension for treated pavements. Currently GSB-88® is compliant with DOD UFGS 32 01 13.63 and FAA AC 150/5370-10G, P-608, and can be applied to all airfield pavements, including critical runways. Engineered as an effective pavement preservation material ,GSB-88® can also be extremely effective at rebinding raveling pavements, which on critical airfields, can mitigate asphalt based Foreign Object Debris (FOD).

GSB-88®’s ability to extend the useful life of asphalt airfield pavements is generally between 25% to 50% with a single application. Multiple applications show even better life extension. Data also shows preservation benefits are increased by applying GSB-88® to pavements while they are in “Good” to “Satisfactory” condition to correct various asphalt binder issues.

“One of the keys to success with our GSB products is an initial application when pavement is in new, or near new condition, and then subsequent applications at the recommended intervals,” notes Brad Grose, Vice President of Sales and Marketing for ASI. “If these recommendations are followed, GSB products can essentially freeze – or suspend – a pavement’s condition over time, keeping it at that quality indefinitely.”

Gilsonite, an integral component of ASI’s GSB products, is a unique, naturally occurring resinous asphalt ore found in Utah that does not have to undergo an oil refining process. GSB products comprise a mixture of Gilsonite, specially selected plasticizers and oils that penetrate and reintroduce essential binders into the pavement matrix. They are designed to mitigate the impacts of surface oxidation and moisture damage on asphalt pavements, halting deterioration and sealing the surface to help repel water. The product also helps prevent surface raveling.