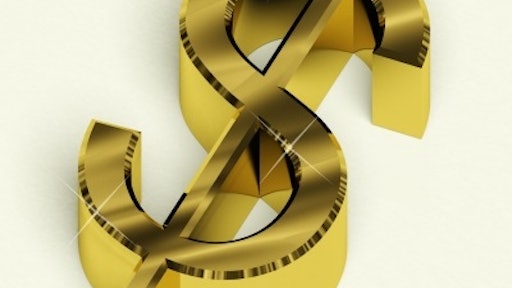 Perhaps the biggest problem with using money to motivate desired behavior is that it leads to employees paying a lot of attention to a specific task or goal and does so to the harm of other duties and objectives.

The first is that once you start a reward system, stopping it inevitably upsets employees. You have probably seen the movie Christmas Vacation. It is a family tradition in many homes (ours included) to watch it every year shortly before Christmas. In the movie Clark Griswold (Chevy Chase) prepays for a pool using money he expects to receive as his annual Christmas bonus. However, his bonus turns out to be a membership to the Jelly of the Month Club. Chaos ensues. Clark had been receiving large bonuses for years and considered them to be part of his annual compensation.

Four reasons incentives can backfire - and what to do about it

If you stop giving out the rewards without giving substantial advance warning, your employees will feel cheated. In their eyes, you will have broken a promise to them. Their trust in you will be diminished. Future efforts to bribe them into desired behavior will be less effective. "Fool me once, shame on you. Fool me twice shame on me."

The second problem with small incentives is that what appears to be an insignificant amount of reward money can add up quickly if the reward is earned frequently and by enough people. Reward contests that earn the winner $200 and the second place finisher $100 given out every other week can translate into what amounts to be a 50 cent an hour raise for each of them. That isn't something that will break the bank, but it does increase your costs. In my eyes, this isn't a major problem, but for some owners it might be.

How Effective is Incentive Compensation?

The final, and to me the biggest, problem with using money to motivate desired behavior is that it leads to employees paying a lot of attention to a specific task or goal and does so to the harm of other duties and objectives. The two most commonly targeted problems contractors try to use reward systems to correct are (1) safety and (2) paperwork.

Safety should be a non-negotiable. If a foreman or worker refuses to work safely, refuses to run or participate in required safety meetings and training, or refuses to follow company procedures after an accident, the best course
of action is to remove that person from your company. Safety should be a zero-tolerance issue. Employees who refuse to follow safety procedures should lose their job before they lose something much more important — their health.

Paperwork is a much trickier subject. This industry is a dog-eat-dog world which results in razor thin margins. Every penny counts. Data collection, management and analysis is one of two ways to ensure you maintain a healthy bottom line. So, yes, we believe recording results, documenting meetings, updating schedules, etc., is an essential field task. Unfortunately not all superintendents and foremen are highly literate. Many struggle with writing coherently. Others just don't feel that paperwork should be a part of their job. Every contractor I have met had at least one field leader who was great at getting work done on time and on budget but was a disaster when it came to paperwork.

So what do you do in that situation? Fire them? You best not. Bribe them? That's walking on thin ice as described above. I strongly recommend coming up with a different solution. You can't afford to fire someone who is great at organizing and completing projects.

I am a huge proponent of bonus plans. Using financial incentives to motivate everyone to help the company succeed is a smart move with proven impact when deployed correctly. Using them to motivate specific behaviors is a dangerous path. Better to lead and manage properly than to opt for the lazy solution which often creates far more problems than it solves.

How to Effectively Manage Construction Employees to Drive Profitable Results

Why Construction Work-In-Progress Reports are Essential for Profitability

Along with the extended development of the Giatec SmartMix AI program, the company also plans to planting one tree for every product order shipped worldwide to offset the impact of GHG emissions.
Apr 20th, 2021
Latest

KEEN is offering grants to groups that support women in the trades through its She Builds program.
KEEN Utility
Mar 23rd, 2021

After 2020, you may be wondering if now is the right time to sell your business. The first step is to understand the landscape of potential acquirers.
John Warrillow
Alexis Brumm
Jan 28th, 2021

To help its members gauge the trends like to affect the market this year, ELFA has identified the Top 10 Equipment Acquisition Trends for 2021.
Equipment Leasing and Finance Association
Jan 25th, 2021

While the Monthly Confidence Index was changed for the month, there was a notable uptick in optimism for business conditions over the next four months.
Equipment Leasing & Finance Foundation
Jan 25th, 2021

Taking a time out once a year is a great time to refresh tired minds and bodies
Brad Humphrey
Dec 31st, 2020

Interested in adding additional services to your company? Check out these tips to help establish a business plan.
Brad Humphrey
Dec 15th, 2020