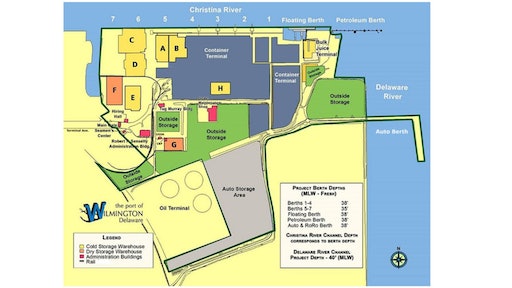 The Delaware General Assembly approved a $580 million deal with Gulftainer to lease the Port of Wilmington for 50 years. The private operator from the United Arab Emirates will invest in upgrades to the deep-water port facility and build a $410 million container terminal at the former DuPont Edgemoor site.

Officials have said the deal could create more than 5,000 new jobs while bringing the state between $6 and $13 million in royalties annually over the next ten years.