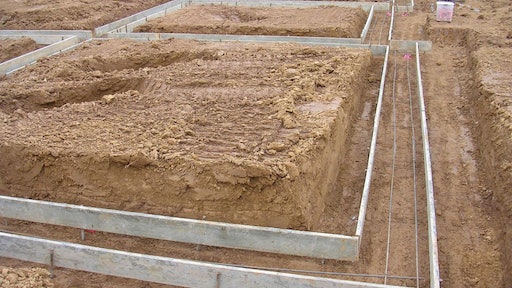 Question: I believe I read in ACI 332 that footings are to be a minimum of 2 inches outside the face of the wall sides and the IRC states 4 inches. Which one is right?  – Concrete Contractor (Alabama).

Answer: The direct response to this question is “2 inches,” as both documents actually provide for that value. ACI 332-10 – Code Requirements for Residential Concrete and the 2009/2012 International Residential Code are applicable codes in most jurisdictions. Any jurisdiction that has adopted the IRC also likely adopts the provisions of ACI 332 since the IRC states:

Therefore, to further answer your question, consider the following:

R403.1.1 Minimum size. … Footing projections, P, shall be at least 2 inches (51 mm) and shall not exceed the thickness of the footing. (Emphasis Added).

7.2.1.1 Wall footing width shall not be less than the applicable dimensions specified in Table 7.2 or the supported wall thickness plus 4 in., whichever is greater.

R7.2.1.1 Footing widths need to project a minimum of 2 in. on each side of the wall to support the forming system. The footing width projection is measured from the face of the concrete to the edge of the footing.

Your question, however, brings up an interesting point that is being wrestled with right now in code development. The ACI 332 code committee is just now beginning work on the drafts of the 2016 version of the document and in that the identification of footing width projection as a minimum requirement is recognized as means and methods and not minimum performance. Both the IRC and ACI 332 have reference to the minimum required width of a continuous footing for a foundation wall. These are based on the compressive strength of the supporting soils as well as the anticipated applied loads. Any increase beyond these minimums has nothing to do with the minimum performance of the foundation system other than from a constructability perspective.

While these minimum footing projections are noted in the current versions of these codes, I believe it is prudent to consider that in the near future codes will accurately reflect the absolute minimum width a footing and then provide for the maximum projection distance with and without steel reinforcement.