Curing Part I – Why cure?

Curing is the action taken by the contractor to maintain the moisture and temperature conditions in freshly placed concrete. Curing promotes the chemical hydration of the cementitious materials so the potential properties of the mixture may develop. 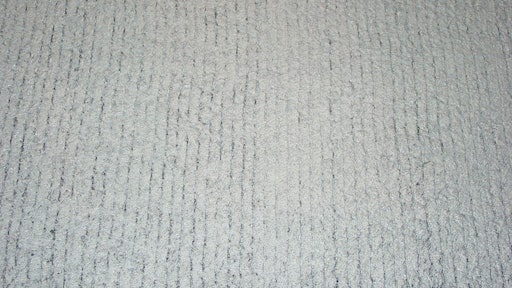 Curing is the action taken by the contractor to maintain the moisture and temperature conditions in freshly placed concrete. Curing promotes the chemical hydration of the cementitious materials so the potential properties of the mixture may develop.1 Preventing the loss of moisture from the concrete, especially the top surface, during the curing period is one of the most important objectives of curing. For some concretes, curing may also involve supplying water to the concrete (i.e., wet curing) to insure there is sufficient moisture to promote the hydration of the cementitious materials.

Ideally, the curing period starts during the placement of the fresh concrete, extends through the finishing operations and continues until the desired concrete properties have developed. In reality, the contract documents typically specify the minimum curing period with the assumption the desired properties will develop within the specified cure period.

Unfortunately, some contractors neglect curing believing this last step of the concreting process is unnecessary or merely an inconvenient requirement. Do not make this mistake! Curing is a critical concreting step and significantly influences the properties of the hardened concrete at depth and at the top and near surface including strength, permeability, abrasion resistance, shrinkage, resistance to freezing and thawing and deicing chemicals.

Filling the Micropores
As cementitious particles hydrate (chemically react with water within the concrete), hydration products fill the micropores or void spaces between the particles increasing the strength of the interparticle bond and decreasing the interparticle porosity. In theory, as long as sufficient water is available within the concrete to feed the chemical hydration process, hydration products will continue to form and fill the micropores until all the available spaces are filled or until all the cementitious particles have hydrated. More hydration and pore filling produces denser, stronger and less-permeable concrete.

As shown in Figure 1, extending the curing period to enable more filling of the micropores produces stronger concrete. Drawing a vertical line at the 28-day strength shows moist curing for seven days produces 28-day strengths similar to concrete moist cured for 28-days. This explains why most specifications set a seven-day minimum cure period.

Permeability
As shown in Figure 2, water leakage (pounds of water per square foot) through one inch thick by six inch diameter mortar discs with a 20 psi driving pressure for different w/c ratios decreased with increased curing periods. As shown, it required about 14 days of moist curing to fill sufficiently the micropores of a 0.60 w/c ratio mortar to produce zero leakage as compared to seven days for a 0.50 w/c ratio mortar. The additional curing was required because there were more initial pore spaces in the 0.60 w/c versus the 0.50 w/c mortar that required filling. In summary, increasing the curing period decreases the permeability of concrete regardless of the w/cm ratio. Decreasing permeability increases the durability of the concrete, especially resistance to scaling, freezing and thawing and exposure to deicing chemicals.

Moisture and hydration in the body of the concrete or below the curing-affected zone are less affected by surface drying. The fundamental purpose of curing is not to increase the compressive strength of the concrete element but to enhance the top and near-surface properties of the concrete.3

Therefore, the quality including durability of the top and near surface of the concrete is strongly dependent on maintaining sufficient moisture in the curing-affected zone to promote hydration of the cementitious particles. Proper curing will decrease the surface permeability and increase surface strength, hardness and durability.

Curing
Traditionally, curing has been considered as a single-step process performed one-time after final finishing and before the end of the workday. However, moisture control may be necessary immediately after concrete placement and extend through the finishing operations and not stopped until implementing the final curing procedure as define below. For proper concrete protection, consider three stages of curing: initial, intermediate and final.1

Final Curing
Deliberate actions taken between the final finishing and the end of the curing period to reduce the loss of moisture from the surface and to control the temperature of the concrete is final curing. Final curing should start immediately after final finishing or termination of initial curing. Significant surface drying can occur when curing procedures are delayed until the entire slab is finished or all of the contraction joints are installed.

Curing procedures commonly used for final curing include fogging, sprinkling or ponding water; applying water using burlap or cotton mats, wet sand or straw; retaining moisture with plastic sheeting, reinforced paper or liquid membrane-forming compounds. Final curing promotes hydration of the cementitious particles and protects the concrete from early-age cracking due to concrete shrinkage caused by premature moisture loss. Final curing helps protect against long–term cracking by delaying the onset of drying shrinkage until the tensile capacity of the concrete can resist the drying-shrinkage stresses. In addition to cracking, final curing protects against low wear resistance of the surface, dusting and slab curling.

Curing Period
Most specifications require a seven-day minimum curing period. Sometimes, the specifier bases the minimum curing period on achieving a specified compressive concrete strength. For example, when field-cured test cylinders yield a compressive strength of at least 70 percent of the specified or designed strength, curing can be terminated. Proper curing for the minimum time specified is essential to producing strong and durable concrete, avoiding non-compliance reports, and avoiding costly callbacks and repairs.

Ed. Note: In Part II of this article entitled Curing – Part II How to Cure, this author will address the common procedures used for final curing.

Curing Temperatures
Most specifications require concrete protection to prevent freezing of the concrete and to ensure necessary strength development for structural safety. As shown below in Figures 4 and 5, the curing temperature strongly influences the concrete strength. The chemical reaction between the cementitious materials and water is sensitive to temperature. As shown, strength increases with an increased curing temperature because the rate of the hydration increases.