Why it happens and how to control it. 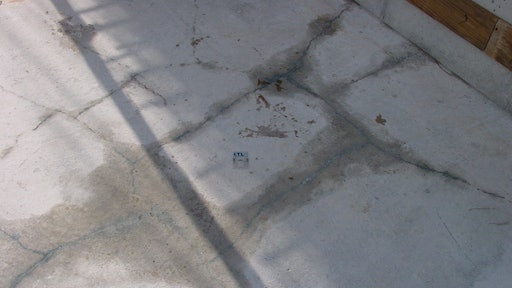 Thermal cracking is usually associated with mass concrete but it can also happen to thinner slabs because of temperature differences between concrete ground, and ambient temperatures.
John Gajda

It’s often said that what we know about concrete is that it gets hard and it cracks. But this is a meaningless over-simplification because it doesn’t tell us anything about either the hardness in concrete or cracking. Sometimes concrete doesn’t get hard enough and at other times it gets too strong. Cracking isn’t a given with concrete, sometimes for unexplained reasons it doesn’t crack at all. There are many forces within a concrete element and if you don’t want concrete to crack the forces must be understood and controlled starting with the planning stage. One of the reasons concrete cracks is due to “thermal cracking” and this relates to the temperature development as concrete hydrates as well as temperature differences within a slab. Thermal cracking is also dependent on temperatures surrounding a slab such as ground and air temperatures.

Here are some of the conditions that can cause thermal cracking to occur, conditions you should be aware of and plan for.

There is an increased focus on mass concrete now because of the demands placed on it. Concrete elements are getting larger, there are often requirements for increased flow-ability during placement, the construction of structures proceeds at increasingly faster speeds so owners and contractors expect mass concrete slabs to reach designed strengths faster, and owners are beginning to specify long service lives without significant maintenance—wanting better performance.

The problem with using portland cement in concrete is that it generates a significant amount of heat as it hydrates. Placed in small quantities and thin slabs, this heat-of-hydration dissipates evenly and quickly, but with mass concrete elements such as deep and wide foundations, piers and columns, mat-slabs and walls, the temperature in concrete can increase faster than it escapes. High temperatures and temperature differences between the center of the mass and the surfaces can cause thermal cracks to develop.

There are differences of opinion about what constitutes mass concrete in terms of dimensions but generally it is regarded as concrete elements with minimum thicknesses of four to six feet. Most people agree that any concrete element that is 4-ft. thick or greater should be regarded as mass concrete. But the characteristics of the concrete mix used also help define mass concrete. For instance, mixes which include greater amounts of portland cement develop much more heat so form sizes must be smaller. Some project specifications increase the risk of thermal failure by changing the definition of mass concrete (to increase the thickness) to avoid the added expense of designing low heat-of-hydration mixes. This poses a risk for contractors due to thermal crack development because the element really was mass concrete. Contractors need to understand what mass concrete is and isn’t and then cover the issues in pre-construction meetings.

The most effective way to manage thermal cracking in mass concrete applications is to use concrete mix designs which have a reduced temperature rise (i.e. a lower heat of hydration). This usually involves replacing some of the portland cement in the mix with class F fly ash, slag cement, or a combination of both. Specifications for a project usually define the highest concrete temperature allowed for a placement and the maximum temperature difference allowed between the interior and surface of the placement. Most specifications today require that temperatures not to exceed 160ºF in any location and no more than a 35ºF temperature difference.

When thermal cracks result in a mass concrete element, the structural integrity of the concrete can be compromised, and contractors are usually seen as the one with most financial responsibility. This is sometimes the case, even when they did not exceed the specified temperature or temperature difference limits.

Other Reasons for Thermal Cracking

Contrary to what you might think, thermal cracking can happen to work much less than four feet in thickness. An example would be an exterior eight inch thick slab-on-grade. Some of the conditions that can cause thermal cracking include the following:

Ambient conditions. Concrete temperatures which exceed air or ground temperatures by more than 35ºF can cause thermal cracking.

Hot water added to concrete for cold temperature placement. In cold weather concreting conditions ready-mix producers often use hot water to batch concrete in order to accelerate the initial set. They arrange for concrete temperatures to be 65º to 75ºF when placement starts on the jobsite. Thermal cracking can result because air temperatures are more than 10ºF lower.

How to control thermal cracking

The best way to avoid thermal cracking is by designing concrete mixes that produce less heat-of-hydration, mixes designed for the requirements of a given application. Mass concrete placements usually involve working with expert consultants who can design mixes that meet the requirements of the job. In some cases mass concrete placements may involve installing cooling pipes in the concrete to moderate temperatures but increasingly temperatures are being controlled with the design of the mix alone. For mass concrete mixes, the portland cement replacement is often as high as 50 percent when fly ash replaces portland cement, and 75 percent when slag cement replaces portland cement.

After concrete is placed the best way to insure that the temperature difference doesn’t exceed 35ºF in the placement is to cover the work with insulating blankets as soon as possible after placement. Taking this precaution prevents temperatures at any location from decreasing too rapidly. The blankets are kept in place until the highest temperature of the casting decreases to safe levels. Care must also be taken to remove blankets when there won’t be thermal shock to the concrete caused by ambient temperatures. 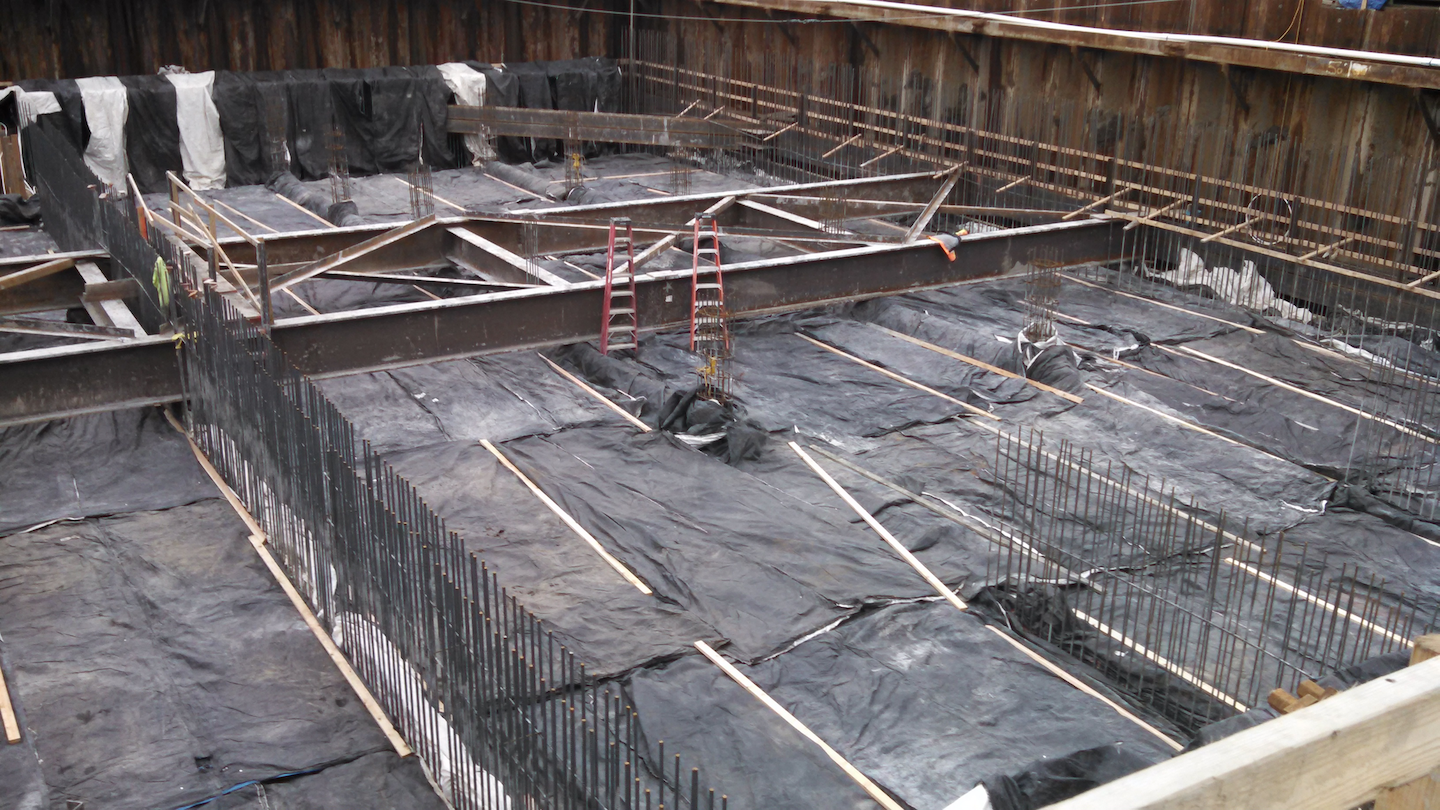 The contractor did a careful job of insulating the concrete to prevent temperature differentials greater than 35ºF. However the vertical rebar must also be insulated because steel is a good conductor of heat.John Gajda

When ready-mix temperatures are high, as is often the case in hot weather, there can be some initial reduction in early hydration temperatures by replacing some of the batch water with ice or by pre-cooling the ready-mix with liquid nitrogen. 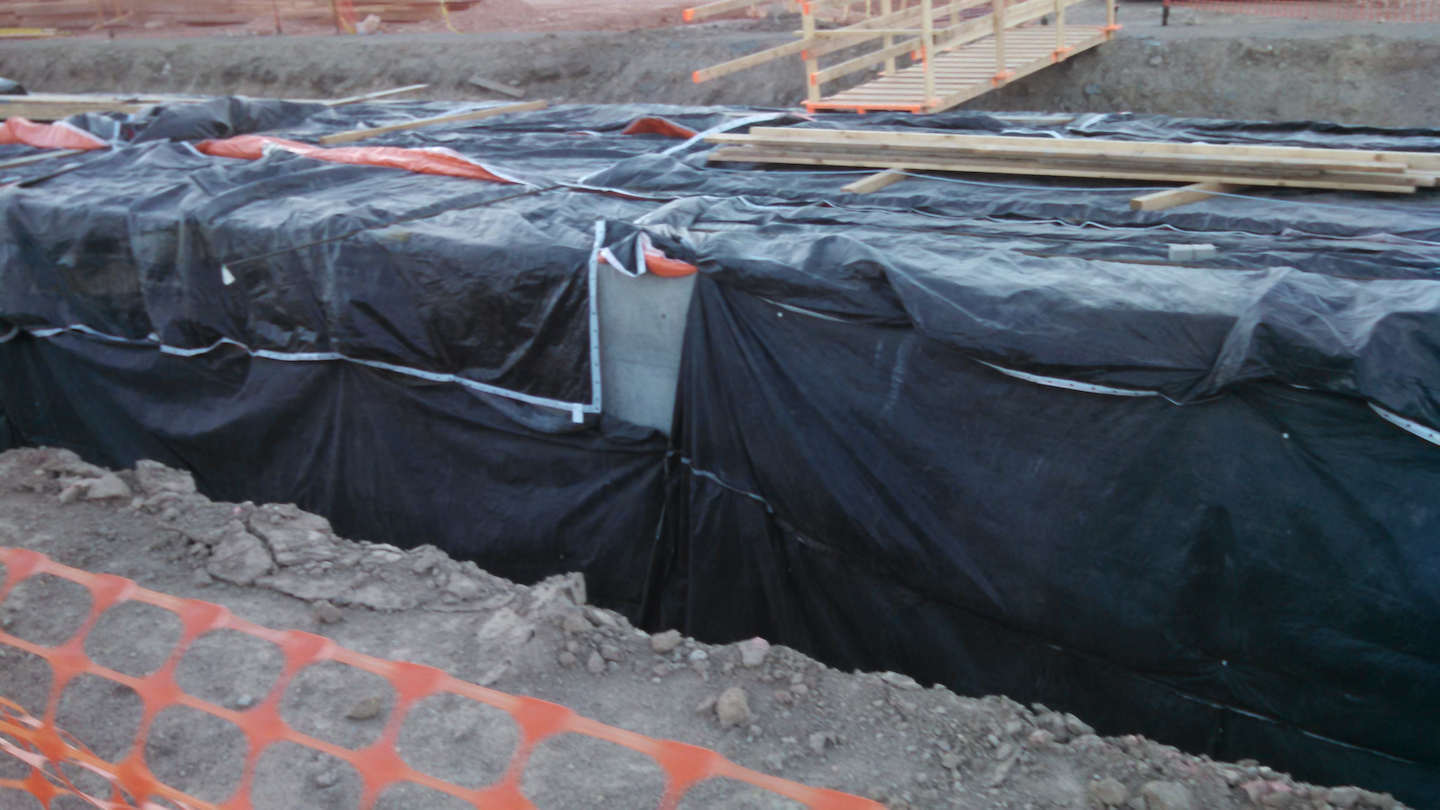 The area not insulated in the center of the photo can dissipate energy in a much wider area than the actual area of the exposure.John GajdaContractors and engineers are very sensitive to cost and so it’s natural to think about how to do things in the least expensive way. However the risk of thermal cracking can be high, especially in mass concrete elements, so it’s important for contractors to include all the related costs when they estimate work.

As stated earlier, all types of concrete applications can be susceptible to thermal cracking, including slab-on-ground projects. To avoid thermal cracking issues it’s important to keep temperature differences between the ground, concrete, and ambient to within 35ºF degrees of each other. Contractors should keep up with weather reports and monitor ready-mix and ground temperatures to avoid problems.

When mass concrete is being placed, electronic temperature sensors are cast into the anticipated hottest and coolest locations of the placement. The more sophisticated monitoring systems on the market can log temperatures, automatically send the information to office computers via the Internet, and even sound alarms when temperature limits are exceeded so that workers can make immediate corrections. Some of these monitors also plot concrete maturity, providing contractors the opportunity to remove forms as soon as desired strengths are attained. 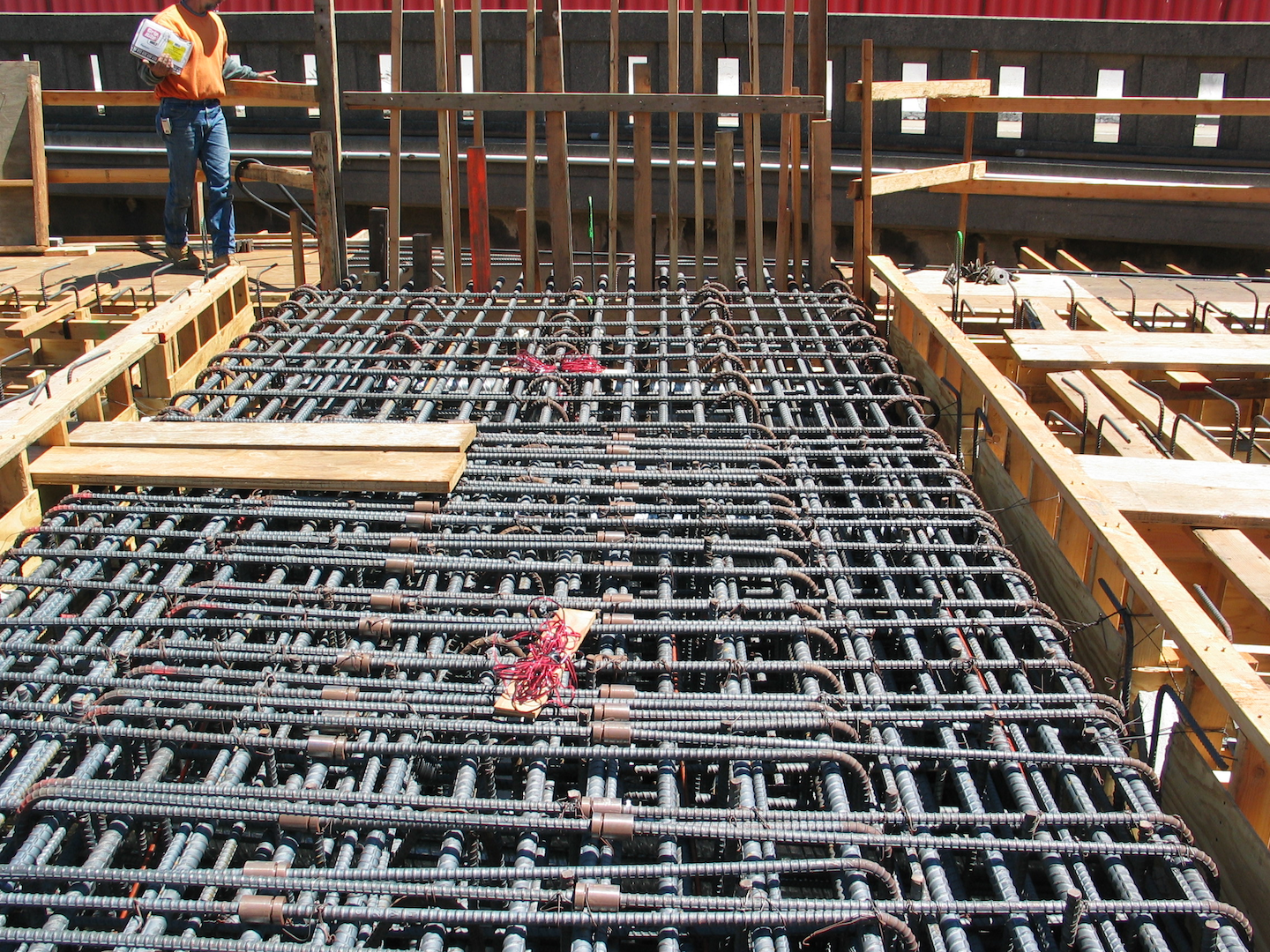 Shown here are temperature sensor wires. The thermal sensors are wired to locations all over the rebar reinforcement.John Gajda

For monitoring slabs that aren’t considered mass concrete it’s more important to make decisions based on weather reports and measuring local conditions. Using non-contact digital infrared thermometers is a good way to do this as they quickly measure ground, ready-mix, and slab surface temperatures

Thermal cracking can affect the structural integrity of concrete and can be a very expensive problem to resolve when it occurs. For mass concrete work, proper planning involving expert help in the design of mixes as well as careful monitoring temperatures after placements is the best way to avoid problems. For all concrete work you need to be aware of what causes thermal cracking and know what to do before any concrete is placed.