Blue Diamond Services duels with a tough concrete slab and multiple decorative concrete elements to create a stained and polished floor for a western-themed restaurant. 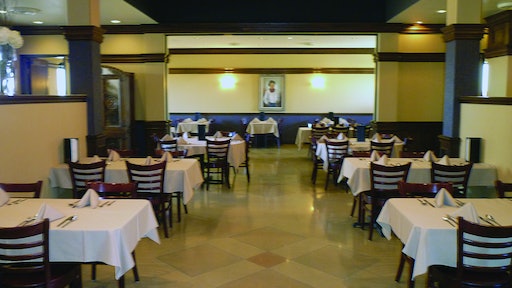 How do you take an existing concrete slab and reinvent it to fit a contemporary cowboy theme? Just ask Bill Rains of Blue Diamond Services in Landsdale, Pa. In the fall of 2010, Rains spent two weeks coloring and polishing concrete floors at Go West Restaurant and Saloon just off historic Route 66 in Tulsa, Okla., to help the new owners, Johnny and Aila Wimpy, reflect their western theme.

From the start Rains met some challenges. First, the existing slab was in bad condition with an unknown type of stain on it that was failing, Rains says. Plus, Rains had a two week time frame for the job and the husband-wife duo wasn't exactly sure what they wanted the floor to look like.

Rains first step was to help the client decide on a design concept. The restaurant planned to serve a contemporary cowboy cuisine and wanted a soft but rugged feel for the floors. Using three acid stain variations and three custom blended shades of Vexcon Certi-Shine MicroStain, Rains created 6 color choice mock-ups on the concrete. The client decided on a pale tan for the main color and a deeper brown and barn red shades for accent colors. The existing concrete had a saw cut design that the client decided to incorporate into the new floor using the accent colors. "We were lucky because the saw cuts were cut deep enough and the floor was pretty flat to start so we did not have to recut any of the saw cut pattern," Rains adds.

Rains had a two-person crew – himself and his son Christopher - on the job. And it didn't take long for the crew to run into its next challenge. "The concrete was very hard and had a dense aggregate fill," Rains says. "So we had to do wet grinding." He also wanted to make sure the edging was done properly.

"We did our first edge cut before grinding the main part of the floor," Rains says. He used a Flex North American hand grinder with a cup wheel to do the edge details. After doing the coarse cut on the edges and then the main floor he proceeded with a finer metals cut on the edges and then on the rest of the floor. "This process made sure there were no edger marks where the back end of the hand grinder might have cut deeper. It allows us to blend out the edge cut," Rains says.

Rains started using a Sase 780 planetary grinder with a 70-grit metal to remove the previous coating and flatten the floor. "The Certi-Shine color system we were using requires the floor to be extremely flat," Rains says. He moved up to a 150-grit metal to further refine the floor and then a hybrid resin metal 3-inch puck style tool to remove any scratches. Next he used a 100-grit resin puck style diamond to dry hone the floor further.

Then the floor was thoroughly cleaned to prepare for the staining process. "The Certi-Shine FSR (food stain resistant) system is a pigmented densifier-based stain," Rains says. "The pigment is locked into the gel formed when the densifier reacts with the concrete. The advantage of a pigmented stain is you can create any color you want, even colors like bright red, yellow and white," Rains says.

Before staining the floor, Rains and his crew had to acid etch it by spraying Certi-Shine Etch with a plastic pump-up sprayer. It was then cleaned using a nylon brush and a swing machine and neutralized with a baking soda and water solution. Rains then performed a water absorbency test on the dry floor to ensure there would be good stain penetration.

The stains were custom blended on site using mixing paddles and a 5-gallon pail. Rains masked the saw cut patterns and stained them first with the accent colors. He applied the tan Certi-Shine stain to the rest of the concrete using Patriot sprayer and then rubbed it in with a swing machine equipped with a white pad. In the bar area, the client wanted a little more of a subdued look so Rains added more brown to the tan color to give it that softer feeling. He applied two coats of the stain to the floor and then burnished with a white pad on a propane burnisher. After vacuuming, Rains applied Certi-Shine potassium silicate densifier in multiple thin applications to the concrete to the point of rejection.

Custom logos were designed for the lobby and the bar area. Rains worked with Modello Designs to create a custom stencil. He used American Decorative Concrete AmeriPolish Dye in Mahogany to color the stencils. Rains said he chose the dye because it was able to penetrate the tan Certi-Shine already applied onto the floor.

Once staining was complete the polishing process resumed. He started using an HTC 500 planetary grinder with a 200-grit resin. Rains says the HTC 500 is a lighter unit and they wanted to make sure the stain was not damaged with the first cut. He also used the HTC unit to polish any tight areas in the restaurant. Polishing progressed using the Sase 780 and a 400- then 800-grit resin sequence. Between each grit he used a Tennant auto scrubber to clean the floor.

After polishing with the 800-grit, he applied Certi-Shine Fixative to react any unreacted silicates in the floor. The floor was finished with three very thin coats of Certi-Shine Finish Coat. When dry, it was propane burnished with black pads to heat up the sealer and force it into the pores while removing excess surface film, Rains says. A final buff was done with hogs hair pads.

Rains was able to complete the job in the two week time frame. There were other renovations going on in the restaurant while he was working but not any that interfered with his polishing process. The finished floor turned out well, and for Rains it was a great job to call his final project as a polishing contractor. He has since transitioned out of the contractor business and is now a consultant to the polished concrete industry.

Number of Years in Polishing: 12 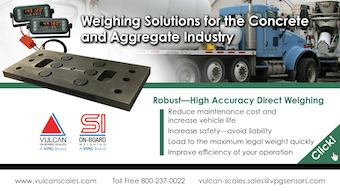 Colored Concrete Trends: Should I Use Dyes, Stains or Pigments?

Understanding the differences, benefits and pitfalls of each colored concrete application is important in determining which is best for your project.
Sheena Ingle
January 10, 2020

The systems include the latest in resin and nano technologies, which make cleaning and maintaining concrete surfaces easier than conventional coatings.
Sundek Products USA
May 10, 2019

Harley-Davidson Showroom Floor Designed to Focus on the Merchandise

This new line pushes the boundaries of concrete flooring design beyond the expected, providing rich and artisitc colors and shades for the style savvy and design conscious.
RetroPlate System
February 8, 2018

Ameripolish used its World of Concrete 2018 exhibit to demonstrate how its new ColorJuice can give the look of wood
January 25, 2018

Ameripolish ColorJuice - Extreme is our ColorJuice 3D reformulated to give you a stronger, more vibrant, and longer lasting color with the same easy application you already know how to use.
Ameripolish Inc.
November 15, 2017
Decorative Concrete

Sika Acquires Butterfield Color in the US

The acquisition will accelerate Sika’s growth by bringing the most comprehensive range of solutions for concrete contractors in the North American construction market.
Sika Corp.
November 6, 2017

The Armor AR500 is a high gloss, pure acrylic lacquer made from high quality U.S. manufactured resins thatpenetrates deep into the pores and bonds to the concrete from below the surface
Foundation Armor
April 7, 2017

The Armor UTN60 is an industrial-grade aliphatic urethane coating that offers a long-lasting durable finish that can stand up to the toughest conditions
Foundation Armor
April 7, 2017

The Armor AR350 is a solvent-based acrylic wet look sealer that is designed to seal, enhance and protect a variety of interior and exterior surfaces
Foundation Armor
April 7, 2017

Armor L3000 is a concentrated, fast-acting lithium silicate densifier and surface hardener that chemically reacts below the surface to form a permanent Calcium Silicate Hydrate (CSH) structure within the pores
Foundation Armor
April 7, 2017

Armor S2000 is a concentrated sodium silicate densifier and surface hardener that chemically reacts below the surface to form a permanent Calcium Silicate Hydrate (CSH) structure within the pores
Foundation Armor
April 7, 2017

The contest is free to enter, and is open to any Contractor, Architect or Designer who uses or specifies Scofield Systems. Projects are judged on skill of installation, creativity, artistic expression, and integration with the overall design intent.
L. M. Scofield
February 7, 2017

A Sense of Place