Scientists created a spray-applied barrier material to replace the SBR-based latex waterproofing Part one of the Vapor Intrusion Mitigation series. 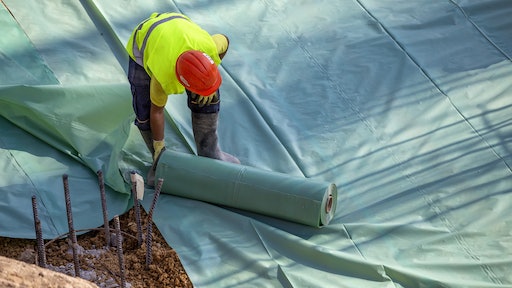 Since the early 1970s, environmental professionals and health experts have called attention to contaminant vapor intrusion and have alerted the public to the serious health problems caused by poor indoor air quality.

Beginning with radon, the understanding that chemicals could enter occupied spaces and cause adverse health effects has steadily expanded over the ensuing decades. It is now widely known that hydrocarbons and industrial solvents are commonly found on brownfield properties where former industrial sites once operated – many of which are now undergoing redevelopment within major metropolitan areas. Even in very low concentrations, these compounds can pose significant health issues, such as cancers and birth defects.

In order to safeguard human health, it is necessary to prevent vapors from entering occupied spaces, but it was not until recently that a vapor barrier was created specifically for that purpose. 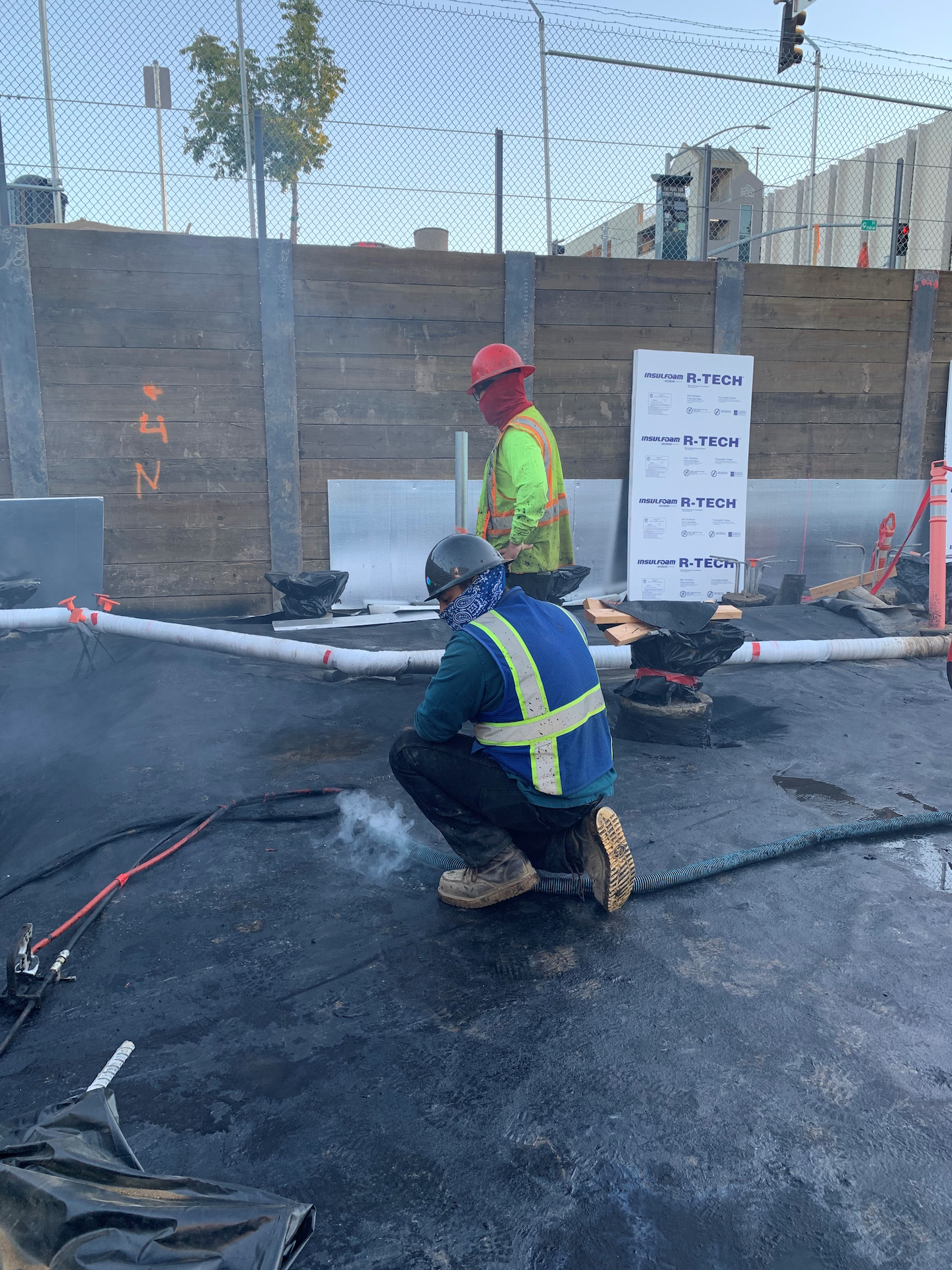 Looking to create a better, safer and more long-term solution, scientists and engineers have been conducting intensive scientific research and development to create a first-of-its-kind suite of safe, cost-effective passive vapor barrier systems designed specifically for vapor intrusion. To do so, they examined two main components — the base layer and spray-applied seal — and reimagined them from the ground up.

To upgrade the base layer, vapor barrier scientists decided to incorporate aluminum, which is well known to be able to prevent the permeation of organic volatile compounds. By sandwiching it between layers of flexible polyethylene, they developed an easy-to-install base layer with chemical resistance 100 times higher than the simple waterproofing sheets composed of high-density polyethylene (HDPE) used in the past. Installation of a TerrShield barrier in downtown Sacramento as part of a large brownfield redevelopment project.REGENESISTurning to the spray-applied seal, scientists focused on finding a replacement for the generic latex-asphalt spray components previously adapted from the waterproofing industry. These sprays historically included synthetic rubber components such as SBR which was hydrophobic and thus very effective at repelling water, but also had an unfortunate tendency to sorb industrial solvent and hydrocarbon contamination, concentrating them until they would eventually break through the membrane and potentially enter the indoor air space. Additionally, applicators of the SBR material would need to clean their equipment with petroleum hydrocarbon solvents which may cause even greater damage to the affected properties where it is applied. 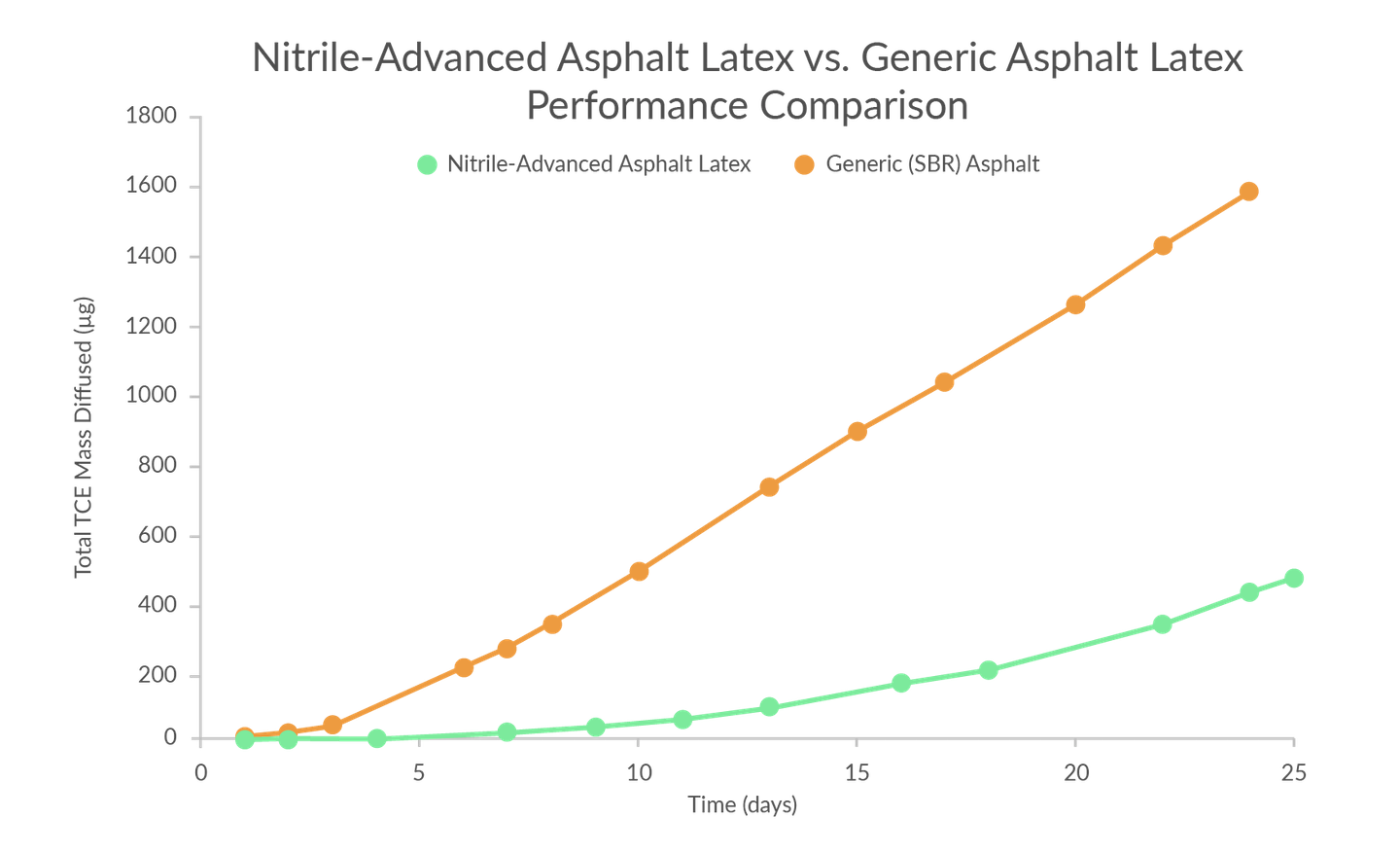 Land Science, a division of REGENESIS

In addition to the increased chemical resistance, both the base layer and spray-applied seal were designed to be easily installed, thus reducing construction timelines and saving money. They were also built to withstand the stresses of a construction site both during installation and afterwards (i.e. foot traffic, heavy equipment, and the occasional dropped tool), thus preserving its structural integrity and maintaining its efficacy.

An Evolution in Vapor Barrier Technology

Instead of just repurposing inferior technology that was developed for a different industry, scientists and engineers understood that in order to effectively tackle the issue of vapor intrusion, they needed to approach the problem with a full understanding of its challenges to effectively meet the needs of the environmental professionals tasked with guarding human health. The ideal vapor barrier would be easy and quick to apply, physically tough, and chemically resistant. 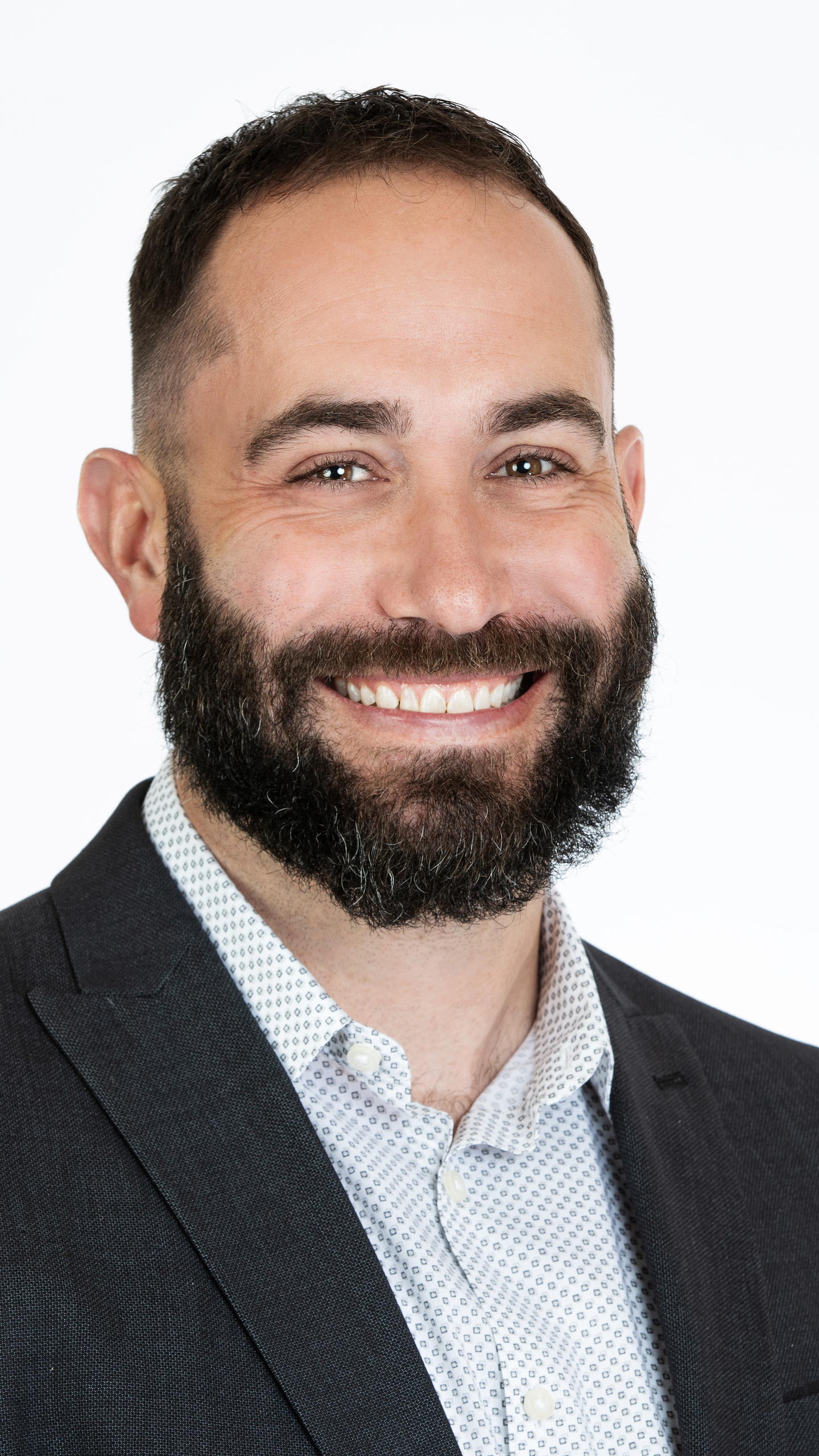 Land Science, a division of REGENESISThomas Szocinski is the director of vapor intrusion for the Land Science® division of REGENESIS®, Inc.—the global leader in advanced technologies for contaminated site remediation. Since 1994, REGENESIS has developed and commercialized a range of proven soil, groundwater and vapor intrusion products to treat a wide variety of contaminants. Land Science was established in 2008 to address the increasing occurrence and regulation of vapor intrusion. It provides scientifically proven solutions that offer environmental engineering firms and developers cost-effective and innovative vapor mitigation technologies for environmentally compromised properties. For more information visit: www.landsciencetech.com.

Penetron Admix was added to ensure that any cracks that formed would self-heal.
June 5, 2019

The Armor SX5000 is a solvent-based Silane Siloxane water repellent sealer that penetrates deep into the surface where it chemically reacts to form a hydrophobic barrier within the pores
Foundation Armor
April 7, 2017
Follow Us