Understanding the Variables of Successful Bidding -- Part One

The role of mixed costs in formulating bids. 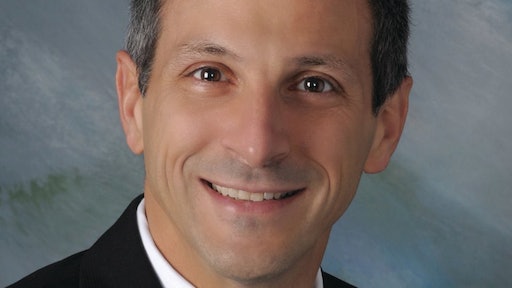 For many construction business owners, the process of bidding for projects has always been a fairly straightforward equation that involves some math, some guesswork and often a stubborn adherence to "the way we've always done it."

Back in the go-go days when times were flush and work flowed, these formulas seemed to work well enough. Jobs came in, crews remained busy and there were profits to show for it at the end of the day.

Over the last several years, however, the industry's prolonged downturn has forced closer examination of these business practices.   Competition for work has been the fiercest in a generation. Business owners have struggled to find new opportunities to fill their project pipelines. And when bids are lost, those in charge of estimating jobs may wonder why the old methods no longer seem to be working.

Successful bidding comes down to a clear understanding of a few important variables – costs (both fixed and variable), overhead and a company's true break-even point. In this first installment of a two-part series, we'll examine the concept of "mixed costs" and their role in producing more accurate bids.

Traditionally, "cost" has been defined as the sum total of fixed and variable expenses required to complete a project. But a third kind of expense, called a "mixed cost," is one that is neither totally fixed nor totally variable. This hybrid category is not simply a matter of semantics, but rather a key component in a contractor's overhead – a component that, once understood and mastered, can help you win more of the jobs that are worth winning.

In an ideal world of purely fixed and variable costs, profits are made once you pass your break-even point. Table 1 shows two sales scenarios. Materials and direct labor are variable costs because they vary proportionally to the jobs or sales in hand. Indirect labor and other overhead are fixed costs because they are incurred no matter how slow or busy you are throughout the year.

When comparing the two sales scenarios, note that the percentage of variable costs to sales remains the same, while the dollar values of fixed costs to sales also remain the same. Clearly, the $2 million sales scenario highlights the advantage of these fixed costs. With sales significantly above break-even, a profit is produced that is equal to the contribution to overhead (your sales minus your variable costs) of 45% (100% less 55%), once you go above your break-even sales level of $1M ($450,000 equals 45% of the sales above break-even).

Table 2 shows a more real-world picture where mixed costs come into play. Here, we have re-categorized 50% of the owner's theoretical $100,000 salary from indirect to direct labor, to account for the fact that half of his time is actually spent in the field managing the work of specific projects.

Comparing Tables 1 and 2 shows how easy it is to be fooled by the numbers, even though we know that simply moving a cost from one line to another would not affect profitability.

But it does raise several important questions. Does your current estimating process accurately account for your company's real-world costs? Would fine-tuning the process give you a better handle on your expenses and your true break-even point? And, would this understanding lead to more accurate – and ultimately more successful – project bids on jobs that are worth winning?

Now let's consider a scenario that many construction pros have grown uncomfortably familiar with – a decrease in sales. In Table 3 we see that our direct labor costs have increased as a percentage, not because of added workers, but because sales volume has declined.

This multiplier effect shows how critically important it is to understand and monitor the true, real-world costs of doing business, to allocate them appropriately between fixed, variable and mixed costs, and to react nimbly with proper adjustments to the company's expense centers, especially in the area of labor costs.

Unfortunately, too many business owners fail to realize the impact that fewer direct (i.e., project generated) labor hours has on their company's fixed overhead. Others may recognize it but aren't sure what to do about it.

In Part Two of this series, we will delve further into the importance of accurately determining break-even, setting realistic profit margin and factoring these numbers into bids that will win future business.

Sal Falzone is a partner in the Boston area accounting and business advisory firm Rucci, Bardaro & Barrett PC. Through the firm's Construction Business Services Group, he offers business, financial and strategic planning advice to companies in transition. For specific questions about the variables that go into successful project bidding, contact Mr. Falzone at (781) 321-6065 or salf@rb-b.com.

How Detailed Should Your Estimate Be?

Estimating with On Center Software slashes the cost and time of using blueprints and creates the cornerstone of an entrepreneur’s construction startup
Nathan Medcalf
September 18, 2019

Estimating Software is a Saving Bet

One wrong calculation in an estimate can doom a project before it starts and contractors who want to cut estimating costs in half are dumping the spreadsheets
Jonathan Barnes
October 1, 2018

Firm Digs In with an Accurate Quantity Estimating Software Solution

Hammond Estimating & Consulting gets accurate calculations supported by graphics from InSite's SiteWork so the dirt mover can visualize cut and fill requirements before they start
September 10, 2018

As the days of paper plans piling up on desks fade, here are the Top 5 digital tools that can help make today's estimators the keepers of construction profitability
July 24, 2017
Construction Technology

Simple electronic quoting tool allows field and sales staff to quickly create a quote, get management review and get customer’s approval in real time while in the field
Kimberly Hegeman
June 6, 2017

Understanding the Estimating Advantages of 5D BIM with Sage

With over 32% of contractors planning to buy BIM-related software in coming months, contractors who overcome challenges to gain the estimating advantages will be steps ahead
May 24, 2017

Software Advice offers a free calculator to approximate the number of hours your business can save each year by using estimating and takeoff software, as well as how long it will take to recoup the investment
September 2, 2016

Registration is now “live” and details of the 2017 National Pavement Expo and its 54-session conference program are now available on the NPE website, www.nationalpavementexpo.com.
August 1, 2016

ForConstructionPros App of the Week: Contractor Estimating and Invoicing Tool

Using the past as a teacher, Vernox Labs helps contractors mine unstructured data to reduce costs on projects.
Jessica Lombardo
December 8, 2015

App of the Week: JobFLEX Quickly Creates Quotes while Off-line

Construction contractors can use the JobFLEX mobile app to create quotes, proposals and estimates in just minutes without the need for an Internet connection
Kimberly Hegeman
October 20, 2015

A digital jobsite promises a seamless flow of information from the field to the back office.
October 19, 2015
Follow Us