How to Keep From Blowing Construction Bids

Estimators need to take the time to analyze historical job cost data, carefully review the project scope and properly account for all the costs of a project in order to avoid blowing a construction bid 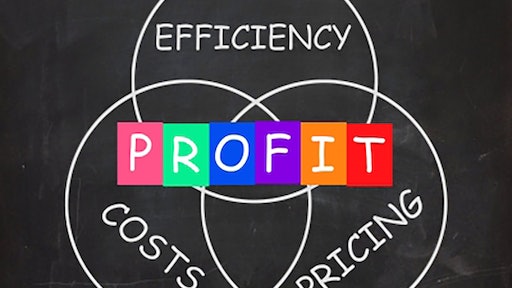 Proper job costing, efficient review of scope and accounting for all project costs are three key elements to making sure your construction estimator does not blow a bid.

Blowing a bid has got to be about the most frustrating error a contractor can make. Frankly there is no decent excuse for majorly blowing a bid. Your estimating must be solid. If your estimator blows a bid that means he succumbed to one or more highly avoidable mistakes including overlooking scope, not analyzing historical job cost data and failing to account for all the costs of the project.

Estimating must be based on the reality of your crew's field performance. Far too frequently estimators assume they know the time and cost it takes to perform work without ever having systematically analyzed the historical job cost data. Estimator after estimator develops elaborate estimating systems loaded with production data that has never been verified to be accurate. They commonly use numbers that have been met once in the past under ideal conditions. They assume that since the production crew hit those numbers once they should be able to hit them every time (they have no concept of random variation and how it drives ups and downs in performance).

It really is quite sad how few contractors know their cost of work. Few know how to design and deploy a proper job costing system. Fewer still know how to analyze and correctly interpret the data they collect. It is so rare that those contractors who job cost well almost always possess a strong competitive advantage over their competition. They know which jobs to price aggressively and which ones to avoid.

Another common estimating mistake is rushing through the takeoff. Estimators must have sufficient time to make and generate accurate takeoffs. Construction drawings and specifications are notoriously inconsistent. Some designers put all of the requirements on the drawings. Some bury many of their requirements in the specifications. Often a critical note is placed on a drawing many sheets away from the norm. The details can be cryptic and difficult to figure out. Digging through all of those documents takes a ton of time. Instead of letting your estimator rush through a takeoff it is far better to cut the number of takeoffs you are processing by a third or more in order to ensure your estimator moves slowly enough to not over-look scope. By far, more bids are blown by overlooking scope than by being overly optimistic on production rates.

A third common estimating error is failing to properly account for all of the costs of the project. Properly allocating for big equipment is the central contributor to this problem. Another common costing error is overlooking overtime or off-shift work that are required to meet the construction schedule. Both lead to a gross underestimation of the required wage rates.

If you do blow a bid, run the numbers for walking away. It often is much better to walk away than to proceed with the job and hope you'll recover enough to break even — even when a bid bond is involved. For an example, I met an excavator that lost over half a million dollars on a job he could have walked away from for $60,000. I asked him at what point did he realize his estimator had blown the bid, and he told me it was when the prices were revealed. I asked him why he didn't walk away from the project, and he told me he didn't want to sacrifice his bid bond. He knew his price was $400,000 low yet couldn't bring himself to sacrifice $60,000. His story is too common.

Another opportunity to walk away often presents itself. Rarely does a general contractor take a subcontractor's bid as proposed. GCs almost always have to buy-out the project (negotiate away overlaps and voids in each trades' proposal). They then have to reach agreement on a contract with the subcontractor. You may be able to use the inability to reach agreement on contract language as an opportunity turn down the work — and avoid doing a project you are going to lose money on.

Why Construction Work-In-Progress Reports are Essential for Profitability

Defining the RFP with a clear vision of the scope of work, job site conditions and work restrictions will go far in minimizing confusion and potential conflict.
Chad S. White
Bryan Birdwell
August 19, 2020

Estimating with On Center Software slashes the cost and time of using blueprints and creates the cornerstone of an entrepreneur’s construction startup
Nathan Medcalf
September 18, 2019

Estimating Software is a Saving Bet

One wrong calculation in an estimate can doom a project before it starts and contractors who want to cut estimating costs in half are dumping the spreadsheets
Jonathan Barnes
October 1, 2018

Firm Digs In with an Accurate Quantity Estimating Software Solution

Hammond Estimating & Consulting gets accurate calculations supported by graphics from InSite's SiteWork so the dirt mover can visualize cut and fill requirements before they start
September 10, 2018

As the days of paper plans piling up on desks fade, here are the Top 5 digital tools that can help make today's estimators the keepers of construction profitability
July 24, 2017
Construction Technology

Simple electronic quoting tool allows field and sales staff to quickly create a quote, get management review and get customer’s approval in real time while in the field
Kimberly Hegeman
June 6, 2017

Understanding the Estimating Advantages of 5D BIM with Sage

With over 32% of contractors planning to buy BIM-related software in coming months, contractors who overcome challenges to gain the estimating advantages will be steps ahead
May 24, 2017

Software Advice offers a free calculator to approximate the number of hours your business can save each year by using estimating and takeoff software, as well as how long it will take to recoup the investment
September 2, 2016

Registration is now “live” and details of the 2017 National Pavement Expo and its 54-session conference program are now available on the NPE website, www.nationalpavementexpo.com.
August 1, 2016

Survival for Petra Paving depended on learning and implementing what it didn’t know.
Allan Heydorn
January 4, 2016
Follow Us