Access, Navigate and Annotate PDF Files on the Go with Revu iPad App 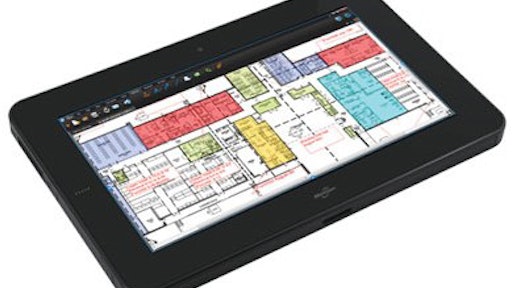 Bluebeam Software announced the launch of its new Revu iPad app, which facilitates digital workflow productivity by enabling users to access, navigate and annotate PDF files on the go. With Revu iPad, comments and annotations display clearly and accurately so nothing is missed, reducing the ping pong effect of ambiguous communications. Revu iPad officially expands Bluebeam's platform solution Revu for Windows for use in other industries.

Bluebeam Revu for iPad features customizable clouds, highlights, text and other annotations so consumers can markup PDFs with ease, as well as save them for reuse across sessions. Sharing feedback or trying to decipher edits – while wasting precious time, budget and paper – is no longer an issue with Revu for iPad.

More than a PDF viewer, Revu digitizes workflows by empowering consumers to:

In addition, Revu easily works with Bluebeam's cloud offering, Bluebeam Studio, allowing users to add markups to the same PDF, together in real time or separately on their own time, from anywhere with an Internet connection. Users can chat while working and track or filter all session activity in the record, which links back the PDFs.

"Revu iPad is bringing some of Revu's most popular PDF markup and collaboration features from the desktop to the iPad," said Richard Lee, president and CEO at Bluebeam Software. "In the coming months, Revu iPad will evolve to include even more functionality – enabling truly digital, mobile workflows and proving that anything is possible with Bluebeam."

Revu iPad will be available on Apple's App Store for $9.99 beginning in July.

App of the Week: Bluebeam Revu for the iPad

Elsight has successfully completed a funding round that has secured $8.3M for the company to fuel its growth through the acceleration of sales and marketing activities as well further investment in ongoing product development.
Elsight
January 6, 2021
Construction Technology