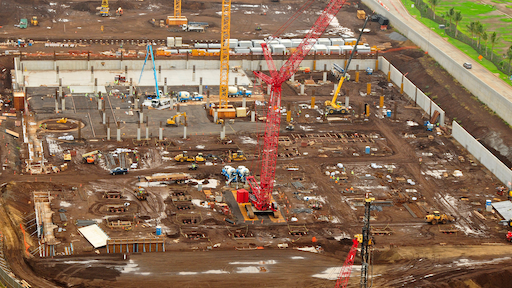 Contractors in Hawaii chose the MLC300 for a large-scale construction project due to its higher capacity at longer radii compared with competing crawler cranes.

In the summer of 2017, construction was underway on a $331 million rental car facility in Hawaii, and a Manitowoc MLC300 was driving performance on the jobsite to help contractors execute an innovative lift plan. 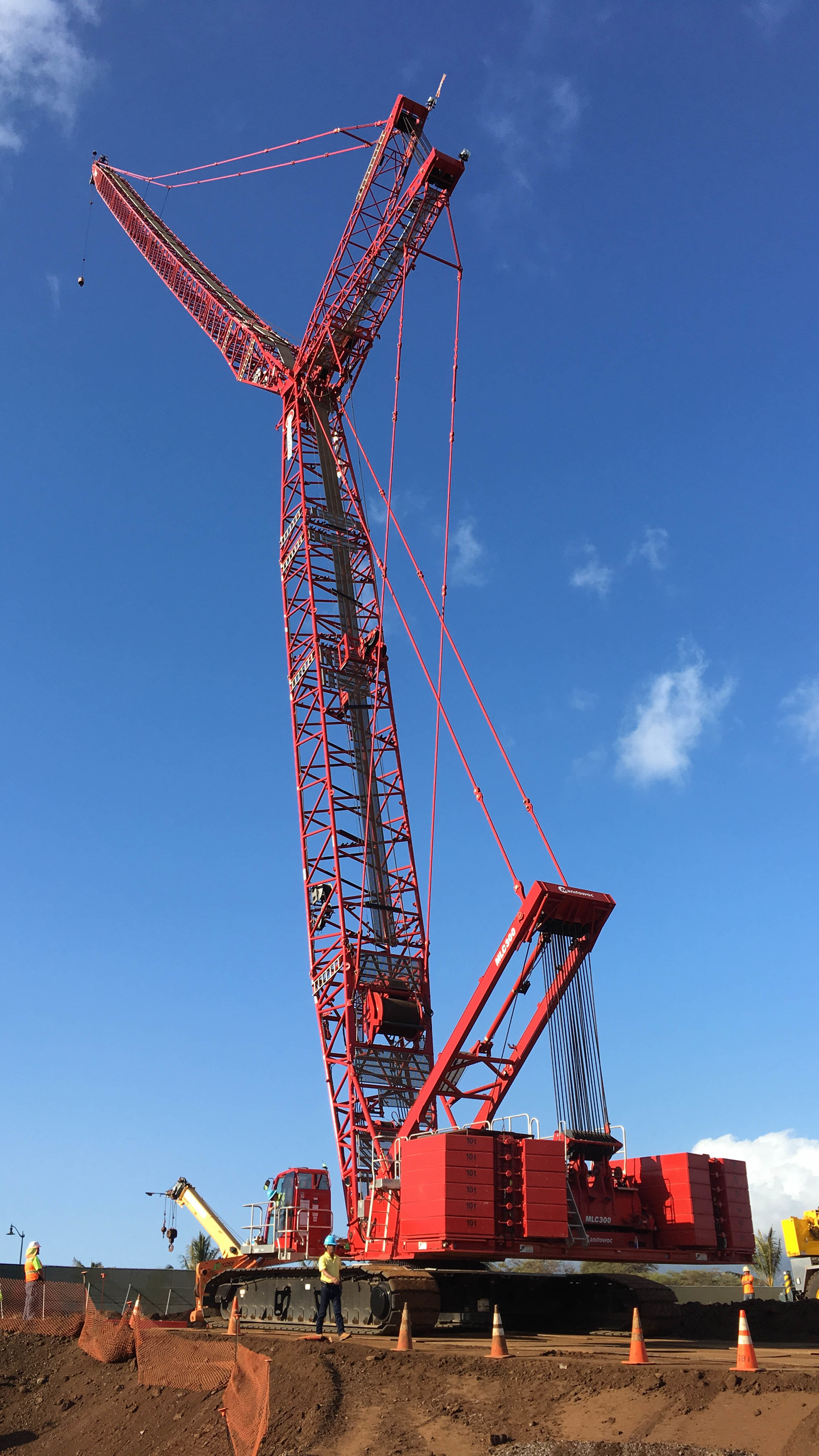 Without the efficiencies made possible by the MLC300, the Hawaii rental car facility project would call for as many as seven tower cranes, as opposed to the two that are onsite.Honolulu-based Hawaiian Dredging Construction Company (HDCC) was tasked with building the three-story facility that will cover some 1.7 million square feet near Kahului Airport on the island of Maui. The expansive site is divided into four 425,000 square foot quadrants that are aligned in a row, and HDCC developed a plan to lift the building’s formwork on each quadrant using minimal equipment. Two tower cranes are being used on the inner two quadrants, with the MLC300 doing the work of multiple cranes to cover the remaining outer quadrants.

The 386-ton crawler crane is responsible for not only lifting formwork and other materials, but assembling and disassembling the tower cranes in the most efficient way possible. According to Daniel Arana, field operations manager for HDCC, the lift plan could not be executed without the MLC300.

“Some of our competitors might have used as many as seven tower cranes for this job,” he said. “But the MLC300 gave us the reach, capacity and efficiency to stick to our schedule using only it plus two tower cranes. It was the only crawler crane in the islands that could dismantle the tower cranes at the necessary distance, and even with the time spent on dismantling and erection, it was well worth the investment.”

HDCC is using the MLC300 configured with 118 feet of boom and 295 feet of luffing jib. The heaviest lifts on the job are the 10-tont tower crane components, but the crane is also lifting formwork, rebar and buckets used for pouring concrete, all at a 295-foot radius.

“We needed to erect our tower cranes inside the perimeter of the building to construct it from the inside out,” continued Arana. “The MLC300 was the only crawler crane that could make every lift at the required radius, which is helping us to erect and dismantle our tower cranes exactly where we need them, all while taking up minimal space on the job site.”

HDCC’s MLC300 has been onsite since August of 2016 and is the first crawler crane with a luffing jib to operate in the Hawaiian Islands. Construction of the rental car facility is scheduled for completion in October of 2018.

Cat® Wheel Loaders are purpose-built and technology-equipped for your work. FIND YOUR LOADER
June 11, 2020
Latest

Effective date for the new A92 standards have once again been delayed amid appeals.
Sheena Ingle
March 3, 2020

The Grove GRT8120 is one of five new Grove models that Manitowoc Cranes will show at CONEXPO 2020.
Grove - A Manitowoc Brand
February 17, 2020

Liebherr's HS 8200 duty cycle crawler crane is an ideal machine for extraction work and has the capability of not only using a dragline bucket but also a grab.
Liebherr USA, Co.
December 20, 2019

The decision was made because physical demands placed on a crane operator change according to crane type, configuration and operating environment
National Commission for the Certification of Crane Operators (NCCCO)
November 18, 2019