Launches will include a new "top secret" underground product 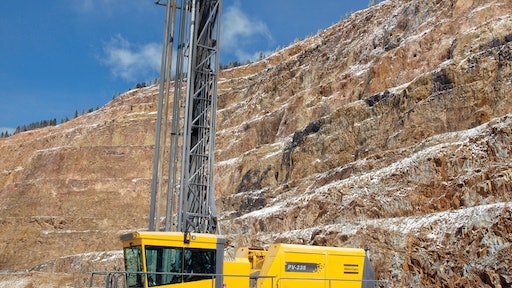 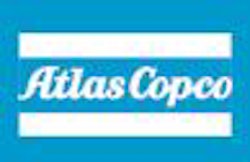 Following a tradition of major product releases at MINExpo, Atlas Copco has a few surprises in store for the 2012 event. The company will launch the next generation of Rig Control System (RCS), a new Pit Viper and a new “top secret” underground product.

The company will feature equipment from six divisions in 17,000 square feet of space, including products for surface and underground mining and drilling, exploration drilling, and related equipment such as rock drilling tools and portable energy products.

Above and below ground

The new SmartROC D65 down-the-hole drill rig has advanced automation and is ideal for presplitting. Additionally, MINExpo visitors will get the chance to see how RCS works with an actual cab outfitted with a simulator.

The Simba M7 C tophammer long hole drill provides efficient, high-precision drilling for longer consumable life, and it will be joined in the booth by a Boomer M2 C, a modern, hydraulic face-drilling rig with a Tier 3 approved engine. The new Pedestal Boom System RB600XD is part of the extreme duty series that offers nine models from light to heavy duty. Other underground products that will be on display include SwedVent high-pressure fans that deliver air through long ductwork, and the Chargetec UV2, which provides high speed and density ANFO charging with radio remote control.

Atlas Copco will also show the Diamec U8 APC, designed for deep hole drilling in an ergonomic and safe manner, and Excore premium diamond tools that have been shown to last up to three times longer than other bits. Rock reinforcement products such as Swellex rock bolts will also be on display.

Atlas Copco Secoroc EDGE is the world’s first continuous monitoring system that shows the driller what the bit is doing at the bottom of the hole. Other featured tools will include raiseboring cutters, tricone bits, the COP 44 Gold Secoroc hammer, Rocket Bits, the COPROD system, sharpening systems and SmoothDrive shock absorbers.

Hurricane B4-41 boosters, Hurricane M-41 boosters and the new XAS 1800 JD compressors provide air power and maneuverability. Among a long list of additional products in the MINExpo line-up will be the QLT M10 lighting tower, a new solar powered light tower and WEDA pumps.

How to Choose the Best Trencher Chain