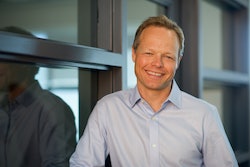 His best-selling book, Built to Sell: Creating a Business That Can Thrive Without You was recognized by both Fortune and Inc. as one of the best business books of 2011 and has been translated into 12 languages. He is the host of Built to Sell Radio, ranked by Forbes as one of the world’s 10 best podcasts for business owners. In 2015, John wrote another best-selling book, The Automatic Customer: Creating a Subscription Business in Any Industry. In 2021, John released The Art of Selling Your Business: Winning Strategies & Secret Hacks for Exiting on Top.

This completes the trilogy of books which teach business owners how to build, accelerate, and harvest the value of their company. Prior to founding The Value Builder System, he started and exited four companies, including one acquired by a public company. He lives with his family in Toronto.

After 2020, you may be wondering if now is the right time to sell your business. The first step is to understand the landscape of potential acquirers.
John Warrillow
Alexis Sheprak
January 28, 2021
Follow Us