$908 billion bipartisan emergency relief framework includes $45 billion for transit, airlines, airports, buses and Amtrak. State & local governments will receive $160 billion but it's unclear how much will be allocated to State DOTs 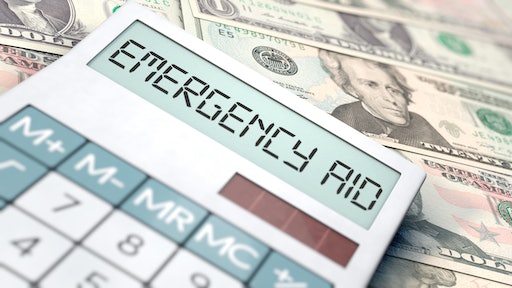 A bipartisan group of lawmakers in the House and Senate unveiled a $908 billion stimulus proposal Dec. 1 in an effort to break a monthslong impasse that is threatening to tip the economy back into contraction.

Neither Republican nor Democratic leaders have signed on to the plan so far, however, leaving it facing the same long odds as a bipartisan House proposal that failed before Election Day. President-elect Joe Biden has so far backed House Speaker Nancy Pelosi, who has pushed a $2.4 trillion bill.

“Right now, the full Congress should come together and pass a robust package for relief to address these urgent needs,” Biden said in prepared remarks in Wilmington, DE. “But any package passed in a lame-duck session is likely to be, at best, just a start.”

The text of the bill is still being finalized, but the proposal will include financial relief for states, local and tribal governments, students, the unemployed and transportation, among others.

“Millions of Americans have been impacted by the COVID-19 pandemic and are hurting, but Congress has been deadlocked for months with both sides unwilling to compromise to help our fellow Americans who are in desperate need,” U.S. Senator Joe Manchin (D-WV) said. “The bipartisan, bicameral framework announced today proves that we can reach across the aisle and create meaningful compromise that will help those who need it most for the next few months.”

What can transportation expect? 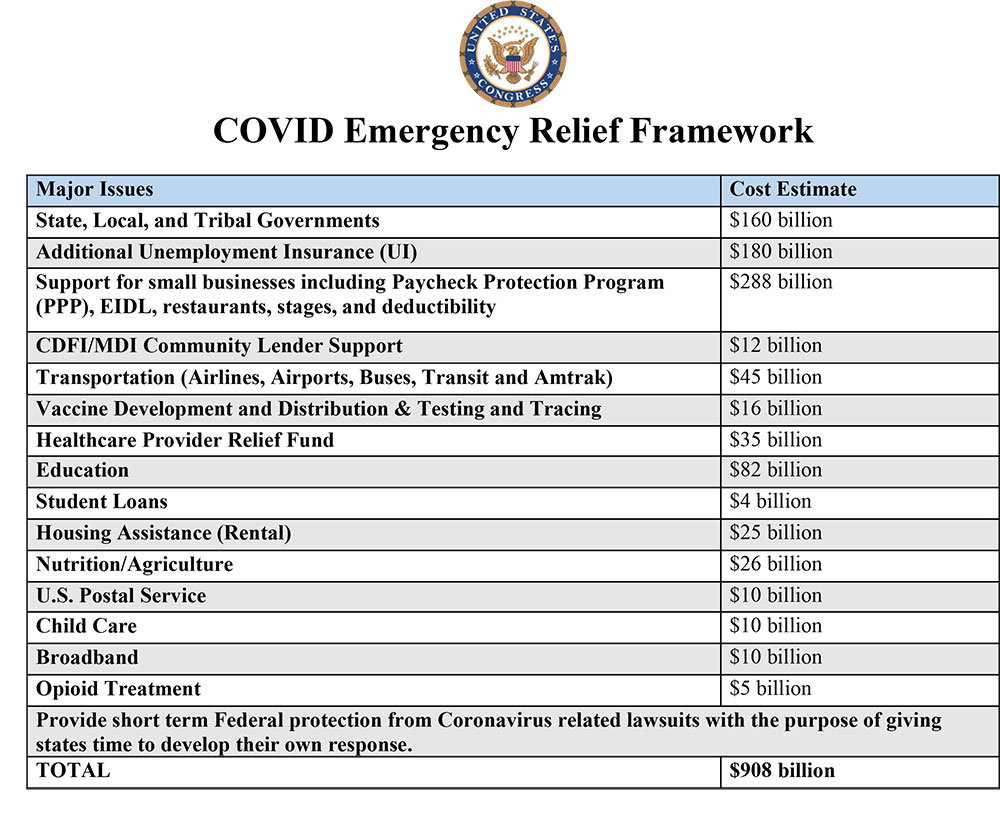 According to Senator Mark Warner’s (D-VA) office, the $45 billion for transportation would include $15 billion for mass transit, $1 billion for Amtrak and $8 billion for buses/motorcoach industry. Additionally, how the mass transit funds would be distributed has not been finalized.

The transit industry has been requesting at least $32 billion in emergency relief as the combined impacts of the pandemic have left systems across the U.S. struggling to find balance financially.

The framework is retroactive to Dec. 1 and extends to March 31, which gives Congress a few weeks to nail down details on the proposed legislation and potentially pass a piece of legislation.

The group shared that House and Senate leaders had been made aware of their proposal, as had the White House. Senator Mitch Romney (R-UT) explained Sec. of the Treasury Steve Mnuchin had provided guidance on funding levels included in the framework, but did not indicate whether the White House was in support of the proposal.

Senate Majority Leader Mitch McConnell (R-KY) said the following on the Senate floor Nov. 30, “There is no reason why we should not deliver another major pandemic relief package to help the American people through what seems poised to be the last chapters of this battle.”

Economists have warned of devastating consequences for the economy and millions of Americans if no stimulus deal is passed. A number of relief programs are set to expire at the end of the year. Twelve million Americans are on pace to lose their jobless benefits, and protections for renters and student borrowers are also set to expire, along with a federal paid-family-leave program.

The White House has largely abandoned its aggressive push for stimulus since Trump lost the Nov. 3 presidential election. It is also unclear whether Biden will push Democrats to accept a smaller package, although some of his economic advisers have been adamant that a stimulus deal must be passed quickly, even if it is smaller than what Democrats prefer.

AEM’s “Rebuild With Purpose: An Affirmative Vision for 21st Century American Infrastructure" offers an optimistic vision for how to build a modern, sustainable and equitable infrastructure for all Americans.
Association of Equipment Manufacturers (AEM)
April 15, 2021
Follow Us