Are Single-Tool Compressors Coming Back from the Brink of Extinction? 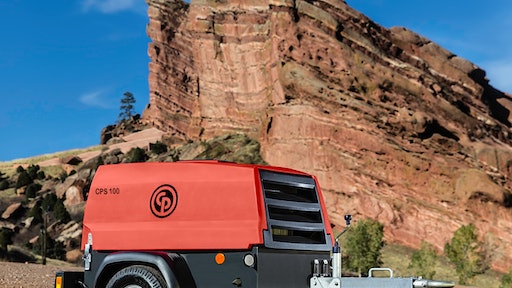 Long ago, in a rental industry of a past generation, there lived two species of air compressor, the single-tool and the two-tool model. Since then, the single-tool machine has become nearly extinct, but thanks to changing market conditions, there’s some evidence that a revival could lead to a full repopulation of the single-tool compressor in rental inventories everywhere.

“Now, over 20-plus years later, the price difference is closer to an average of $5,000 and rental companies and contractors are evaluating much more carefully what they really need for air consumption on the job,” Massinon says, adding, “There is currently a push for creating a single-tool compressor market once again.”

Chance Chartters, sales manager – Mobilair for Kaeser Compressors, says they have seen the market for the 90- to 100-cfm compressor grow in a couple of ways - both with more interest from rental houses and more compressor manufacturers introducing models in this size range.

“Not only are these smaller units less expensive initially, but they are less expensive to maintain as well as easier to operate than the larger 185-cfm and 210-cfm units,” he says. “The smaller horsepower engines have less exhaust emissions and therefore require less emission treatment.”

Dust regs play a role too

At Sullair, they know there are customers looking into purchasing compressors within the 100-cfm class. “There may be an appeal in the market for a lesser expensive, single-tool machine that can maintain a similar rental rate as a 185, but we are also evaluating the consequences of the new OSHA 1926.1153 Crystalline Silica Dust Regulation,” says Zachary Switalski, director of sales, rental & infrastructure. “In order to mitigate and comply with the new OSHA regulation, companies now are looking into two options: water-based mitigation, which tends to get messy due to the need to capture and treat the ‘slurry’ created, and there is also the option for a vacuum system. This tends to be the cleaner way to treat silica dust and comply with the new regulations. The downfall here is on the cfm requirements to perform the vacuum dust extraction. Most systems will require around 28 cfm. Depending on the demolition tool used, in conjunction with the dust extraction vacuum, some of the small 90- to 110-cfm compressors may not have enough capacity to properly run both the demolition tool and the vacuum extraction system.”

He continues, “We continue to evaluate if 90- to 110-cfm is the right choice with the new regulations on the market today.”

Whether they in constant or intermittent duty, air compressors are mission critical to getting the job done, so it pays to know how to keep them in running order and to operate them safely.
Kaeser Compressors Inc.
August 7, 2019

Enables operators to increase the pressure of the primary compressor, offering solutions up to 5,000 psi
Atlas Copco
May 14, 2019

When determining which portable diesel air compressors to add to rental fleets, rental houses have many choices. Understanding each product family, its target customers and suitable applications is necessary to ensure rental houses invest properly.
Navendu Sharma
May 2, 2019

Established in 1919, the company has grown into a leading compressor manufacturer and global compressed air systems provider
Kaeser Compressors Inc.
May 1, 2019

They are the E-Air H 250 variable speed drive compressor, the Hi-Light Z3 – which is the company’s first ever battery-powered lighting tower – and the QAS VSG (variable speed generator), International Rental News reports.
April 12, 2019

Alternatives to diesel remain less common but are making inroads in certain applications in the construction and rental industries
Rod Dickens
March 21, 2019

VMAC claims the Manufacturing Business of the Year category for the second year in a row
VMAC
February 7, 2019
Towable Compressors (85 Cfm and larger)