The Senate approved legislation to extend the application deadline for the Paycheck Protection Program, enabling more small businesses to seek resources to combat the lingering effects of COVID-19. 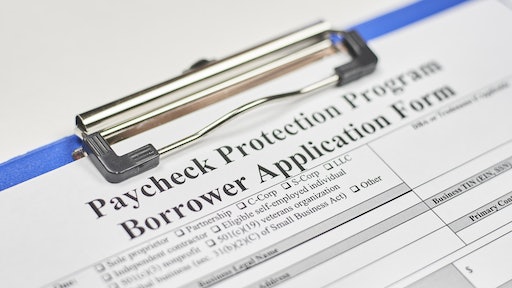 On March 25th, the Senate passed an extension of the popular Paycheck Protection Program (PPP) on a 92-7 vote, staving off its quickly approaching expiration. The application deadline was originally slated for March 31; it will now move to May 31, pending President Biden’s signature.

The PPP was established to support small businesses impacted by the COVID-19 pandemic and help keep workers on their payrolls. Forty-four percent of construction firms received loan funds under the first round of the PPP, enabling many to hire or retain employees despite surging project cancellations, the Associated General Contractors of America reported in April 2020. The latest PPP round, included as part of the COVID-19 relief package that passed last December, authorized the program’s reopening with $284 billion in additional funding, and made forgiven PPP loans tax deductible.

The PPP has issued 7.5 million loans totaling $687 billion since its introduction in March 2020 and has proven a lifeline to many small businesses. It’s estimated that it has saved more than 50 million jobs across the U.S.

Calls to extend the March 31st PPP application deadline had grown since the Biden administration announced changes to the program in February, and following the award of $7 billion to the SBA to expand the PPP and other provisions aiding small business, included in the $1.9 trillion American Rescue Plan passed earlier this month. Business groups argued that an extension would provide the financial support small businesses need to stay afloat until more vaccinations have been rolled out across the country and restrictions put in place during the pandemic have been fully lifted.

While the extension doesn’t provide any additional funding, it will give small businesses and others applying for PPP loans more time to complete the applications and file new ones. It will also buy the U.S. Small Business Administration (SBA) time to address the challenges it has faced in processing the latest applications by extending the processing deadline until June 30. As many as 190,000 applications are being held up due to “unresolved error codes” related to checks and balances put in place to help prevent funding of fraudulent claims, a significant concern that emerged following the first round of funding last year.

The PPP Extension Act of 2021, H.R. 1799, passed without inclusion of a proposed amendment by Sen. Marco Rubio (R-FL), which would have restricted the SBA’s ability to prioritize certain PPP borrowers over others, the Journal of Accountancy reports. The Senate also rejected an amendment by Sen. John Kennedy, (R-LA), that would have barred business owners convicted of felonies related to “riots or civil disorder” in the last two years from obtaining loans through the program. Passage of either amendment could have required renewed approval of the PPP extension in the House – which is currently adjourned – virtually ensuring the program's expiration.

The American Bankers Association (ABA) welcomed the Senate’s approval, noting the extension will help ensure small businesses that have applied for a PPP loan will be able to get their loan processed, rather than see the program expire before paperwork could be completed.

“It will also provide more time for still-struggling small businesses that have not yet applied for a PPP loan to do so,” stated Rob Nichols, ABA President and CEO. “Providing an additional two months for small business borrowers to access PPP funding and an extra month for SBA to process PPP loans is a common sense step that will support the economic recovery.”

Lea Stendahl shares her path into the industry and the opportunities she sees for other women in construction. She also highlights Suffolk's "Rebuild the Ratio" campaign to not only get more women into the company but more girls into STEM careers.
Becky Schultz
April 12, 2021
Follow Us