Biden Admin. focus on small businesses assures that sole proprietors and businesses with fewer than 20 employees have a great shot at getting a first or second forgivable PPP loan 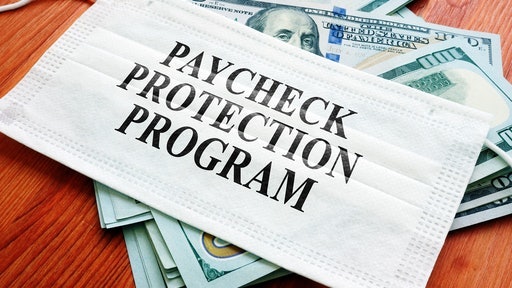 The Biden Administration's changes to the Paycheck Protection Program are intended to improve access to the federal relief funds for very small companies, sole proprietors and those owned by minorities or located in under-served communities.

The Small Business Admin., which administers the program, is accepting PPP applications exclusively from companies with fewer than 20 employees until 5 p.m. ET on March 9, 2021. Small businesses can apply throughout the overall program’s scheduled second-draw application deadline of March 31, 2021. But these initial weeks allow the SBA to a focus on getting money out to support small businesses.

“It’s worth forgetting everything you heard in the past round of PPP, starting from scratch and saying ‘let’s relearn this,’” says Scott Case, cofounder and CEO of Upside Business Travel and a startup called Upside Financial that focuses on helping businesses get PPP loan forgiveness.

It’s not that all PPP terms have changed, but that experience with the program’s first round clarified how loans should be administered.

“You absolutely can get this (PPP) money as a sole proprietor and use it to pay yourself,” says Hannah Smolinski, CPA, founder and CEO of Clara CFO Group. “I’d say the caveat is that you have to have been making a profit in your business in the past – 2019 or 2020 – and show that. You can use that information to apply for a PPP loan.”

The loans are set up to provide 2.5 months of your average payroll costs as a loan. But sole proprietors don’t have payroll.

“You take your 2019 Schedule C you file with the IRS – that’s the proof of your net income or net loss,” Smolinski says. “If you look at net profit, which is Line 31, if that number is positive, then you can get a PPP loan. You take that number (Line 31) and make it an average monthly number (divide by 12) and multiply it times 2.5. With a little bit of math, that’s your loan amount.

“The great thing for sole proprietors is they use that exact same documentation to apply for forgiveness. So you can get 100% forgiveness without having to do much of anything. It’s just finding the bank to begin with, making sure your tax documentation is in order, and then submitting it.”

Other types of business entities will determine their monthly average payroll from analysis of payroll reports.

Smolinski and Case recorded a discussion in which they clarified some key issues that may have discouraged or prevented small-business applicants in the first round.

“You don’t have to have a preexisting banking relationship to apply for PPP loans. Some banks might say ‘We’re going to help our people (existing customers) first.’ And that was really what was happening a lot with the first round of PPP,” says Smolinski. She explains that in the rush for PPP cash when the program opened with scant detail in April of 2020, relatively few lenders were participating and a lot of misinformation was passed around.

The smallest businesses, often women- and minority-owned businesses, are the least likely to have those relationships. When banks turned them away because they had their hands full supporting existing customers, the reasons were not always clear.

You can get a second PPP loan

If you got a PPP loan in the first draw, you can get a second one.

Qualifying for the second round does require proof that your business suffered at least a 25% revenue decline in any quarter of 2020, compared to the same quarter of 2019. Or, if it’s easier for you to demonstrate a 25% revenue loss for the year, that will satisfy the requirements.

“Make sure you have all the documentation. Save it in a nice file.

“Do the calculations correctly – there’s guidance on how to do that. I filed for forgiveness for a client today, and it literally took 5 minutes. It was a very easy process to fill out the form, but I did pull all the documentation to make sure we’ve got it all covered. Because if you were to get audited, you do need to prove that out. You don’t want to be scrambling for payroll reports three or four years down the road.”

There’s an important warning that goes along with that record-keeping detail.

“If the loan amount is under $150,000, you won’t have to provide the documentation of revenue loss at the time of application, but the bank will ask for that documentation by the time you apply for forgiveness.

“You could get the loan and start spending the money, but if you can’t document the 25% revenue loss, you won’t be able to get the loan forgiven.”

First-time applications for PPP loans do not have to prove a revenue decline.

Up to 20 weeks to spend the money

SBA added the option to use the funds anywhere between eight and 20 weeks.

“You can start using the money right away,” Smolinski says. “The time you’re using your money is called your ‘covered period.’ Your covered period can be as short as eight weeks. After eight weeks you can apply for forgiveness if you’ve spent all the money. The maximum is 24 weeks.

“If we only got 2.5 months of payroll costs, but we’ve got 24 weeks to use it, the likelihood that most people are going to use 100% of this money on payroll costs is pretty high. That’s totally fine. In the eyes of the SBA, they’re happy for you to use all of the money on payroll.

“At least 60% of the PPP loans have to be used for payroll and payroll-related costs. There are seven categories you can use this money for that are considered ‘non-payroll’ costs, and they can make up to the other 40% of the total loan amount:

If you don’t use all of the money within 24 weeks, or you don’t use it for the right things, you have to pay back the unused or misused portion. It’s not as good a deal as free money, but it’s pretty close. Any portion of your loan that is not forgiven can be repaid over five years at a 1% interest rate.

The Journal of Accountancy reports that the COVID-19 relief bill President Trump signed in December that renewed the PPP specifies that business expenses paid with forgiven PPP loans are tax-deductible. The legislation supersedes IRS guidance that such expenses could not be deducted.

As always, the PPP money is first-come, first served. But Congress in December authorized the program’s reopening with $284 billion in funding and allotted $15 billion each for community lenders and small depositories to issue the loans. The legislation also set aside a portion of the overall funding for first-time borrowers, those with 10 or fewer employees and loans of less than $250,000 in low-income areas.

There’s still close to $150 billion in PPP left. The Wall Street Journal reports SBA data showing about 94% of approved loans have been for amounts under $250,000, which SBA says is a sign the program is reaching smaller borrowers. A quarter of the reopened program’s loan volume has been approved to applicants in low- and moderate-income communities.

The Biden Administration is going farther than the Trump Administration—at least when it comes to Buy American executive orders—to prioritize domestic industry in government procurement.
Jessica Lombardo
January 26, 2021
Follow Us