Construction is among the industries that have so far claimed the largest amount of forgivable Paycheck Protection Program loans. The extended program is still looking to disburse $130B in aid. 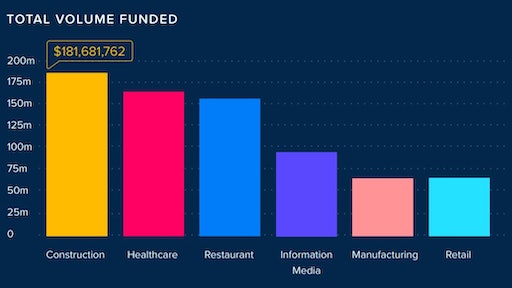 Lendio recently released some statistics on the Paycheck Protection Program loans the U.S. small-business-loan marketplace for 300 lenders has helped facilitate. Construction ranked first among industries in which Lendio PPP loans were issued, with an aggregate value of more than $181 million.

The construction industry also ranked fourth in jobs saved due to PPP loans facilitated by Lendio, with over 15,000 jobs saved.

In just 3 months, 100,000 business owners have accessed $8 billion in PPP loans through Lendio. 98% of these applicants are first-time Lendio customers.

Coincidentally, the U.S. Small Business Administration released detailed loan-level data on the 4.9 million PPP loans that have been made.

“The PPP is providing much-needed relief to millions of American small businesses, supporting more than 51 million jobs and over 80% of all small business employees, who are the drivers of economic growth in our country,” said U.S. Treasury Department Secretary Steve Mnuchin.

RollCall.com reports the SBA data indicate the industry receiving the largest volume in loans was health care and social assistance, accounting for nearly $67.4 billion. That was followed by professional, scientific and technical services, at $66.4 billion; construction, at $64.6 billion; and manufacturing, at $54 billion.

Indeed the PPP supported construction dramatically, with an Associated General Contractors survey indicating that 80% of members were approved for the loans.

President Trump signed legislation on July 4 extending the PPP application deadline to August 8, as $130 billion in funds remain to be dispersed through the program.