How to apply for the Paycheck Protection Program’s forgivable loans, now modified with longer period to spend and lower percentage that must be dedicated to payroll 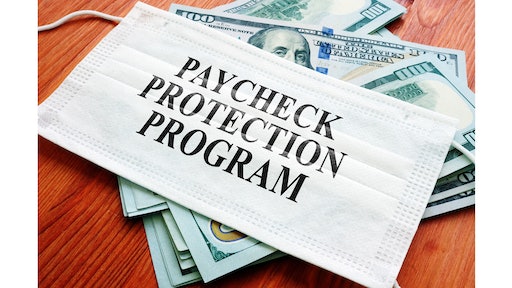 The PPP was originally slated to close down last Tuesday. House lawmakers unanimously passed the extension less than a day after the program expired, and PPP will now remain open to applications through August 8.

The $350 billion PPP was created as part of the $2.2 trillion CARES Act, signed into law by President Trump at the end of March. These initial funds were committed to loans in less than two weeks, and an Associated General Contractors survey at the time indicated 80% of members had been approved for PPP loans.

As of June 27, a total of 4.8 million PPP loans had been approved, worth nearly $520 billion after an April program extension. But changing and often contradictory signals from the Small Business Administration (SBA) and Treasury Secretary Steve Mnuchin about qualifications for forgiveness of PPP loans, demand slowed dramatically in May.

Trump signed legislation on June 5 that extended the eight-week period when proceeds must be spent for loans to be forgiven to 24 weeks or until the end of the year, whichever comes first. Businesses would also have as long as five years, instead of two years, to repay any money owed if they don't qualify for loan forgiveness and could use 40% of loan proceeds on rent and other approved non-payroll expenses (the loans initially required 75% be spent on payroll).

The Paycheck Protection Program offers loans designed to provide a direct incentive for small businesses to keep their workers on the payroll.

SBA will forgive loans if all employee retention criteria are met, and the funds are used for eligible expenses. Read more about PPP loan forgiveness at the SBA web site.

Any existing SBA 7(a) lender or federally insured depository institution, federally insured credit union, or Farm Credit System institution that is participating will take applications for PPP loans. Other regulated lenders will be available to make these loans once they are approved and enrolled in the program. You should consult with your local lender as to whether it is participating in the program. View a list of lenders participating in the Paycheck Protection Program by state on the SBA web site.

Get details on how to apply for PPP loans, borrower application forms, FAQ and a loan-amount calculator from the SBA.