Legislation allows a greater percentage of loan proceeds to pay for non-payroll expenses, proceeds to be spent for much longer than 8 weeks, extends repayment period if not forgiven 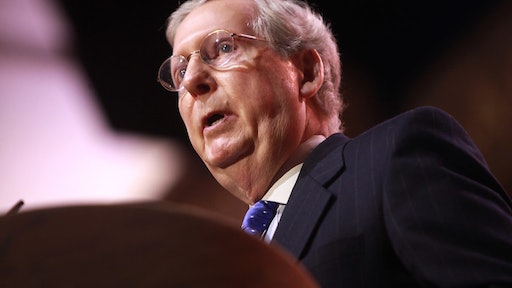 UPDATE 6/5/2020 11 AM: MarketWatch reports President Trump signed into law a bill on Friday that eases conditions for small businesses tapping the government’s Paycheck Protection Program, with his OK coming after the measure scored broad support from lawmakers.

UPDATE 6/3/2020 7 PM: RollCall.com reports Mitch McConnell got the unanimous consent he hoped the Senate would use to approve House bill H.R. 7010 designed to encourage flagging applications to the previously very popular Paycheck Protection Program loans, part of the original coronavirus support legislation. The bill would not add funds to the program, which has issued $510.3 billion in loans so far out of the $660 billion available.

Senate Majority Leader Mitch McConnell (R-KY) on Monday hoped “the Senate will soon take up and pass legislation that just passed the House” designed to loosen restrictions on how loans provided small business through the coronavirus Paycheck Protection Program can be spent, repaid and forgiven. Demand for the incredibly popular loans has eased as shifting guidance on how they are to be forgiven or repaid has shifted small business owners' attention from the loans' rewards to their risks.

McConnell placed it on the Senate calendar, hoping for unanimous-consent passage to save valuable Senate time, but RollCall.com reports Senators Marco Rubio (R-FL), Mike Lee (R-UT) and Ron Johnson (R-WI) have held up passage by signaling desire to alter the bill.

Bloomberg.com says the bill (H.R. 7010) would extend the eight-week period when proceeds must be spent for loans to be forgiven to 24 weeks or until the end of the year, whichever comes first. Businesses would also have as long as five years, instead of two years, to repay any money owed if they don't qualify for loan forgiveness and could use 40% of loan proceeds on rent and other approved non-payroll expenses (the loans initially required 75% be spent on payroll). The House bill, H.R. 7010, would lower to 60% the current requirement that 75% of a loan be used on payroll.

There were 13 projects with a value of $100 million or more that entered planning in April, pushing the Index upward by 8.6%.
Dodge Data & Analytics
May 7th, 2021

A look at 15 high-pay construction jobs provides insight into the financial benefits of construction careers – and could be a useful tool to attract new hires.
Becky Schultz
May 7th, 2021

If you’re unable to stop criminals from getting onto your jobsite, the next best thing you can do is put roadblocks in place to slow them down in the act.
Pro-Vigil
May 4th, 2021

COVID-19 may have accelerated the move to cashless payment however, it is much easier and less fees associated with accepting plastic payment for jobs than ever before.
Nick Howell
May 4th, 2021

Raw materials and workers remain in short supply according to an April 2021 economic report for the manufacturing sector.
Gigi Wood
May 3rd, 2021
Follow Us