Cliff Fetner, Soil Connect, and Aaron Toppston, The Walsh Group, examine the key trends behind the substantial increase in tech adoption in construction, as well as how to assess the value of technology investments. 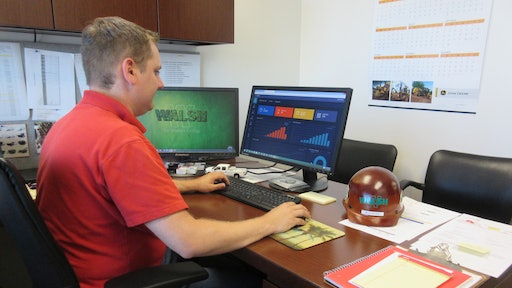 Because different construction activity often have unique requirements, The Walsh Group allows each project manager to decide specific types of technology that are appropriate for a project.
The Walsh Group

Construction technology, or contech, is “exploding,” noted Cliff Fetner, founder and CEO, Soil Connect, during a live simulcast hosted by his company on March 16. He cited a recent article that stated venture capitalists have invested 10 times more into construction over the past three years than in any other industry.

Fetner was joined Aaron Toppston, managing director for Walsh Investment Group, the investment division of The Walsh Group. Toppston manages all of the infrastructure investment activities at Walsh across North America, and is the founder and leader of Walsh's analytics team.

According to Toppston, the construction industry has – at least on the surface – been ripe for change in the form of technology growth for decades. He proposed four reasons why the industry is only now seeing changes in the rate of adoption.

1. Changes in Both the Talent Pool and Technology

Engineering & construction has always been an experience-driven industry. “What your experience is on a jobsite on a specific project [is placed] as really the precipice of defining one's career and how we execute work,” said Toppston. “But today, we're having a growth in new talent in the industry, and the workforce coming in has a higher aptitude, a higher willingness to use technology.”

The gap between consumer and commercial applications is also starting to narrow, with contech becoming more “consumer level” in its approach. Toppston cited a recent presentation by Caterpillar where it was noted that the directive for the company’s IoT division is that everything must pass the “Apple store test” in terms of look, touch and feel; otherwise, adoption rates tend to be lower.

“Ten years ago, a $500 million project was enormous. Today, there are billion dollar and multibillion dollar procurements both in the private sector and the public sector,” Toppston pointed out.

As the size of a project gets bigger, complexity increases and administrative reporting requirements grow exponentially. “Today, with how big projects are and how complex the administrative requirements are, in addition to the execution of work requirements, it means one person can't remember everything, and pen and paper or older style recording simply isn't enough,” said Toppston.

“For decades, there's been a divide about how the trades, GCs and architects are looked at in the industry,” Toppston said. “Particularly architects or engineers have historically [been viewed as] professional services firms. And that was in comparison to the way builders are viewed. Builders were viewed as executing against blueprints. Where we think that this is wrong is everyone on a jobsite is a professional service.”

Project owners expect to be able to trust all stakeholders on the project to do good work, not just those traditionally viewed as “professional services.” This has led to greater parity, and collaboration, between various project entities.

“I think the realization that there's a lot more in common with everyone [involved in] building a road or bridge, a water treatment plant, etc., and how they operate as a professional services firm and the communication and accuracy of decision making, means quite a bit,” said Toppston. “Therefore, the technology adoption up and down that value chain has become more available. And frankly, [there’s] more of a willingness to talk about that shared experience rather than different.”

Cost has played a significant role in technology's expanding role in the industry. “The cost of technology is going down. Construction is a very low margin business. We're just above running grocery stores. And because of that, there is hesitancy to invest a lot in R&D,” Toppston stated.

While construction is an enormous industry by volume, representing trillions of dollars globally, it doesn’t “scale well.”

“if we don't scale well, we don't have high margin, it has to be very affordable,” said Toppston. “Technology today can be used on an individual project, and the decision making can often be for just one project. That ability to take a 'bite size' at a low cost means quite a bit to adoption of tech.”

Fetner comes from a family business of builders and developers of homes in the metro New York areas. The company he more recently founded, Soil Connect, is a marketplace that connects those who have dirt with those who need it. It came about as a result of the struggles his family's business faced in finding and getting rid of dirt on projects.

Like his father, who was an early tech adopter who introduced the building company to its first computer in 1984, Fetner has always looked at technology as an investment rather than an expense. “After you go through the initial speed bumps, and the onboarding of employees and staff and learning the new tech, you just become more efficient,” he commented. 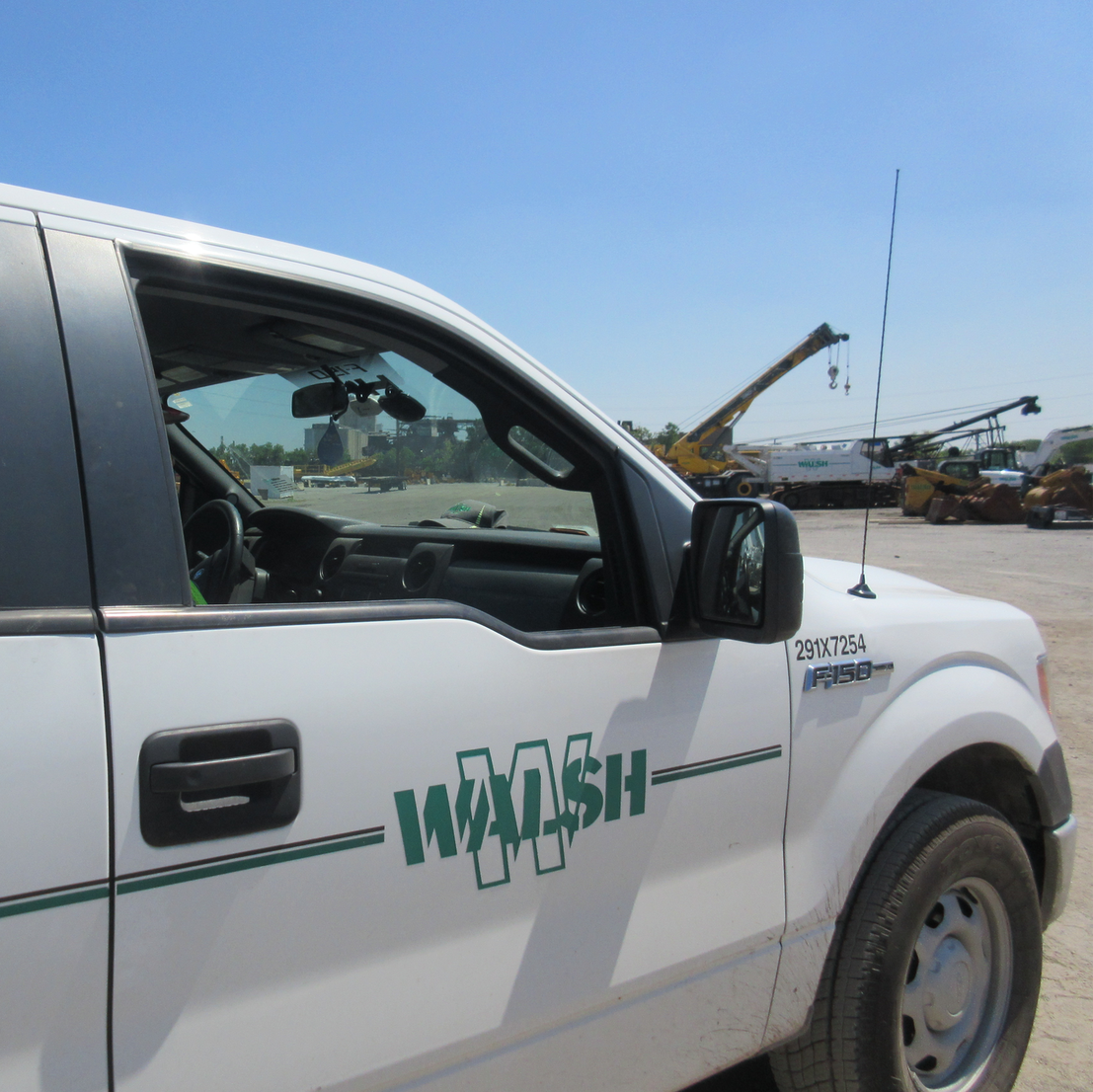 Builders are increasingly being seen as professional service providers. Technology up and down the "value chain" of a construction project has become more available as a result.The Walsh GroupThe Walsh Group is a family business, as well, but on a much bigger scale. It, too, embraces technology, both on a project and on a corporate level.

“On projects, we really like to pilot ideas – find project-specific applications for certain technology – and use it as a decentralized decision making,” Toppston explained.

Not every technology is suited for every project. Even proven technologies may work well in one situation and not in another. For example, working on a bridge over water is much different than constructing a building in downtown Chicago. “[They have] a lot of different requirements for reporting, compliance, monitoring, etc., that will demand different use of tech,” said Toppston.

For this reason, The Walsh Group allows each project manager to decide specific types of technology that are appropriate for a project. According to Toppston, the project manager has a better understanding of how the work will be executed and how operations may be influenced through use of the technology, thus ensuring its value on the project.

Decisions on the corporate side are based around analytics. “What I mean by that is, what have we learned as an entity, as a global company, to improve our operations or consistency and reduce volatility?" Toppston said.

Where other industries may spend a million dollars with the understanding of a payback period within two years, in construction, such a valuation is more difficult. “The reason being is construction returns are quite volatile. One project can be a home run and one can not,” said Toppston. “That volatility, that inconsistency, on individual financial returns per project matters as much to the overall company as the individual ROI for an application. So, tech that can reduce that volatility is the path to an ROI.

“That's where we build it into corporate understanding,” he added, “and how we analyze what's worked and what hasn't across the portfolio of 500+ projects that we have as a firm.”

Find Value Regardless of Size

The tech needs of a company like the Walsh Group, which constructs bridges, tunnels, airports, etc. across the country, are much different than those of a small- to mid-size construction firm with, say, five to 20 employees, Fetner acknowledged. Yet, the need to identify the value of technology is just as pressing for these companies.

“They're adapting to the new technology today on a much smaller scale, where they would never really be interested in a Procore, for example, because that takes on a different size firm,” said Fetner. “But every firm kind of has to wrap their head around any investment in technology on whatever level.

The key, he added, is to implement the technology, then help your team to understand and embrace it, "because the technology will just make you more efficient" as an organization.

See the improvements first-hand in a video walkaround highlighting the new features that enhance the customers' overall experience
April 21, 2021
Business