Congress may push an infrastructure financing bill into the second quarter as other priorities could impede on Biden's 100-day plan. 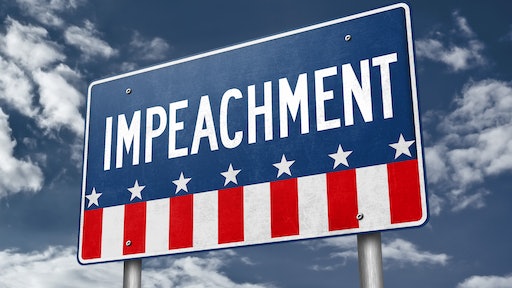 As former President Trump's impeachment trial kicks off in the Senate this week, the legislative agenda the Biden administration has laid out sits and waits. The effort is throwing a curveball into Biden’s plan to “hit the ground running” — with the party controlling the White House and Congress for the first time since 2010 — and forcing Democrats to scramble to find ways to keep the administration’s first 100 days on track.

Biden's first order of business was another round of COVID-19 relief. House Democrats released the biggest piece of their coronavirus relief bill this week, offering a measure that would extend a $400-a-week unemployment insurance payment through Aug. 29 and send $1,400 per-person payments to most households without lowering the income thresholds from earlier rounds.

While the Senate floor is tied up with the trial, the House will start taking up parts of its $1.9 trillion package in committee this week. The House is out of Washington until Feb. 22.

The outline of the bill includes $1,400 direct payments to all individuals with an adjusted gross annual income of less than $75,000. The payments gradually phase out for those making up to $100,000.

Where Does Infrastructure Stand?

Next month, Biden said that during his first appearance in Congress he would lay out his Build Back Better plan that would generate economic recovery.

The plan calls for $2 trillion in spending over four years, more than the $1.7 trillion the campaign previously proposed to spend over a decade.

"It’s time to stop talking about infrastructure and to finally start building an infrastructure so we can be more competitive," Biden said. "Millions of good paying jobs that put Americans to work building our roads, our bridges, our ports. Making them more climate- resilient to make. To make them faster, cleaner, cheaper to transport American goods around the world. That's how we compete."

The continued wrangling over the pandemic relief bill and Trump’s impeachment could leave the administration with little gas in the tank when Congress finally takes up infrastructure spending, likely in the spring.

The 117th Congress will be forced to act on infrastructure funding well before the September 30th expiration of the FAST Act. We hope a well thought out bill will be put in place well before this occurs. Stay tuned to ForConstructionPros.com for more details.