The multi-trillion dollar plan would dramatically boost infrastructure spending, but concerns have emerged over federal requirements, such as project labor agreements, and the proposed corporate tax increases to pay for it 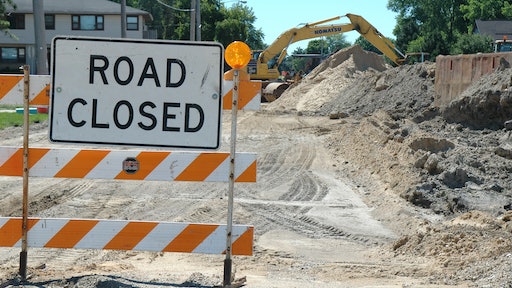 President Joe Biden will formally unveil details of the first part of his roughly $2 trillion American Jobs Plan for improving the nation’s infrastructure at an event today in Pittsburgh, PA. The plan is intended to bolster the still lagging U.S. economy in light of the ongoing impacts of the COVID-19 pandemic, as well as push the country toward a greener future over an eight-year period.

According to CNN, a preliminary statement from the White House indicated the plan will include:

While welcoming the multi-trillion investment in U.S. infrastructure, the Associated General Contractors of America (AGC) issued a statement expressing concern over potential federal stipulations that are expected to be part of the plan.

“AGC welcomes sorely-needed public and private construction investment that can generate long-term benefits for our economy, communities and national security,” the association noted in a March 25 statement. “However, AGC remains concerned about the possibility of unpredictable and impracticable federal requirements being attached to those investments that, in turn, could significantly diminish its buying power and create barriers to full and open competition.”

Tax Changes to Pay for Plan Cause for Concern

Concern has also been expressed over the proposal for how the plan will be paid for. A large portion of the cost is expected to be covered by raising the corporate tax rate from its current level of 21% to 28%, increasing the global minimum tax rate on U.S. corporations from 13% to 21% and closing certain offshore tax loopholes.

The U.S. Chamber of Commerce, which has been vocal in urging the President and Congress to address infrastructure as a first priority after pandemic relief, believes the proposed tax increases and related changes could counteract the plan's benefits.

“We need a big and bold program to modernize our nation’s crumbling infrastructure and we applaud the Biden administration for making infrastructure a top priority,” stated Neil Bradley, executive vice president and chief policy officer, U.S. Chamber of Commerce. “However, we believe the proposal is dangerously misguided when it comes to how to pay for infrastructure.

"Properly done, a major investment in infrastructure today is an investment in the future, and like a new home, should be paid for over time – say 30 years – by the users who benefit from the investment," he continued. "We strongly oppose the general tax increases proposed by the administration, which will slow the economic recovery and make the U.S. less competitive globally – the exact opposite of the goals of the infrastructure plan."

The Association of Equipment Manufacturers also expressed concerns over the proposed changes in corporate tax structure, with Kip Eideberg, senior vice president of government and industry relations, stating: “We support President Biden’s vision for how to build a new and stronger economy that creates opportunity for all Americans. Equipment manufacturers are investing in their communities and creating new family-sustaining jobs, encouraged by signs that we may finally be getting COVID-19 under control. We stand ready to work with President Biden to help him make the bold, transformational investment in workforce development, infrastructure, and American manufacturing that is long overdue.

Bradley also pointed out that bipartisan consensus will be essential to ensure enactment of such historic infrastructure legislation. This could be difficult to achieve given Republican leadership's opposition to a tax increase – potentially risking the plan's ability to move forward.

“While today’s action, coupled with continued efforts to find consensus from bipartisan groups in both the House and Senate is encouraging and a start in a long process," he noted, "we urge both Democrats and Republicans to avoid further partisan gridlock and provide productive solutions to get an infrastructure bill passed this year,."

Governors meet to discuss infrastructure and long-term reauthorization of surface transportation funding -- key to the federal-state partnership on highways, mass transit and other ground transportation.
March 29, 2021
Follow Us