“Build by the Fourth of July” campaign urges Congress to enact a fiscally and environmentally responsible infrastructure package by July 4th to encourage U.S. economic recovery. 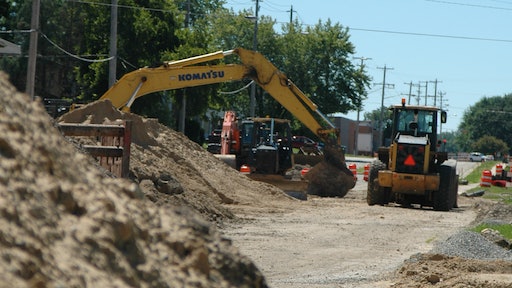 “In the face of significant challenges, including a global pandemic and an economic crisis, businesses have adapted to survive, they have served their communities and this country, and they have put forward life-saving, world-changing solutions,” Donohue said, speaking before a global audience of as many as 10,000 (registered attendees). “The State of American Business is resilient.”

Some industries and companies have continued to thrive over the past months. However, with 10 million American jobs lost in the last year, and small business disproportionately impacted, Donohue urged policymakers to focus on a broad-based economic recovery.

“We won’t restore the jobs, growth and prosperity that were lost in 2020 until we eradicate the pandemic and get our economy firing on all cylinders,” he added.

Donohue pointed to infrastructure investment as one of the primary initiatives that would lead to recovery. “Our lawmakers should enact a fiscally and environmentally responsible infrastructure package that focuses on urgent needs like roads and bridges, modernizes our critical networks and upgrades and expands technology like broadband,” Donohue said, noting that such a package is the “one way to raise productivity, create jobs and drive up incomes in a hurry.”

To encourage this investment, the Chamber and the Bipartisan Policy Center (BPC), along with more than 140 national and local organizations, announced the launch of the “Build by the Fourth of July” campaign, urging newly elected and reelected members of Congress to enact a fiscally and environmentally responsible infrastructure package by the Fourth of July 2021.

“Our long-term economic recovery requires building a governing coalition committed to bipartisan solutions, and tackling a long overdue infrastructure package is an immediate way the new Congress and new administration can demonstrate their shared commitment to the betterment of the country,” said Donohue in announcing the campaign’s launch. “Rebuilding our nation’s infrastructure is not only one of the fastest and most direct ways to create new jobs and spur economic growth now, but also it will sustain our modern economy for the long-term.

“The coalition members may not agree on every issue or detail, but we understand the importance of working together for the greater good of the American people,” he continued. “We strongly urge policymakers to do the same and enact a fiscally and environmentally responsible infrastructure package as one of their first priorities.”

Bringing Infrastructure to the Forefront

As part of the campaign, the coalition is calling for enactment of comprehensive legislation before July 4, 2021, that will:

The intent is to instill not only a sense of urgency but position infrastructure investment as a top national priority. “For far too long, Congress and Administrations have talked a big game on infrastructure but put it on the backburner when it was time to act. A robust and comprehensive infrastructure package must be top priority for this new Administration and Congress,” said Sean McGarvey, president of the North America’s Building Trades Unions (NABTU). “Infrastructure investment provides a real opportunity to lay a strong foundation for long-term economic growth as we recover from the COVID-19 economy, ensuring good jobs with family sustaining wages for many Americans who have been struggling to make ends meet during these past challenging months. Congress must send a big, bold, broad, and bipartisan infrastructure package to the president by July 2021.”

To learn more about the “Build by the Fourth of July” campaign and how you can get involved, visit www.uschamber.com/lets-rebuild-america.

WRDA 2020, which unlocks $10 billion in additional funds from the Harbor Maintenance Trust Fund Balance and authorizes construction on 46 pending Army Corps Chief’s Reports projects, will now head to the Senate for a final vote.
December 10, 2020
Follow Us